The upcoming MBC drama “The Banker” has released a new poster of its lead actor, Kim Sang Joong.

“The Banker” stars Kim Sang Joong as Noh Dae Ho, the branch manager at Daehan Bank who has been waiting forever for a promotion. Unexpectedly, he is promoted to auditor at the main branch and must team up with his new officemates to expose corruption.

Also starring in the drama are Chae Si Ra, Yoo Dong Geun, An Woo Yeon, Shin Do Hyun, and Cha In Ha. 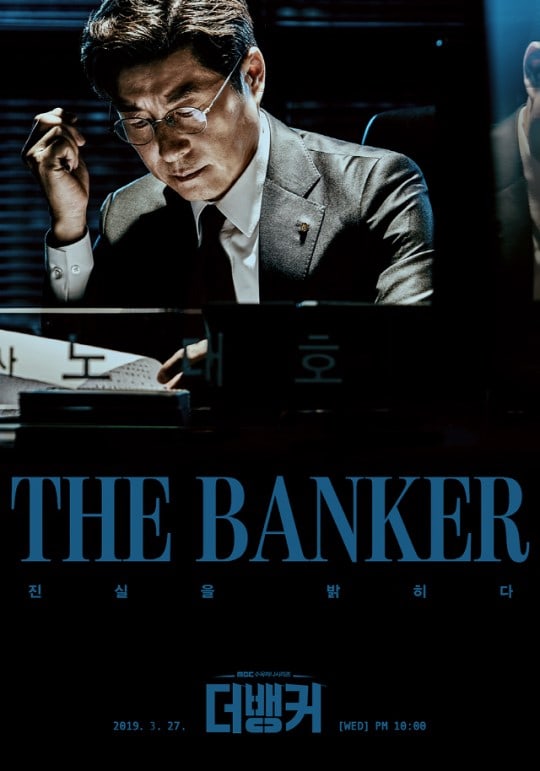 The poster hints at a combination of the thrills of an investigative drama and the seriousness of a topic like financial corruption. The caption reads, “The truth will come to light.”

The production staff of “The Banker” stated, “The drama will tell the story of auditor Noh Dae Ho, who struggles to find the truth and justice that has been hidden inside Daehan Bank. The genre can be called a finance office investigative drama and will give both entertainment and a sense of relief to the audience as the characters focus on discovering the truth until the very end. Please look forward to ‘The Banker.'”

“The Banker,” which is written by Seo Eun Jung, Oh Hye Ran, and Bae Sang Wook and directed by Lee Jae Jin, premieres on March 27.