On the latest episode of KBS’s “Entertainment Weekly,” Ong Seong Wu talked about his close bond with the members of Wanna One.

The star appeared for an interview on the March 8 episode of the variety show, where he revealed that he missed his former bandmates a great deal. When asked whether he ever felt lonely without them, he replied, “I often do. Even during my [daily] schedule, I’ll be out and about when I suddenly turn around and notice that the members aren’t there. There are many times that I find myself feeling empty without them.” 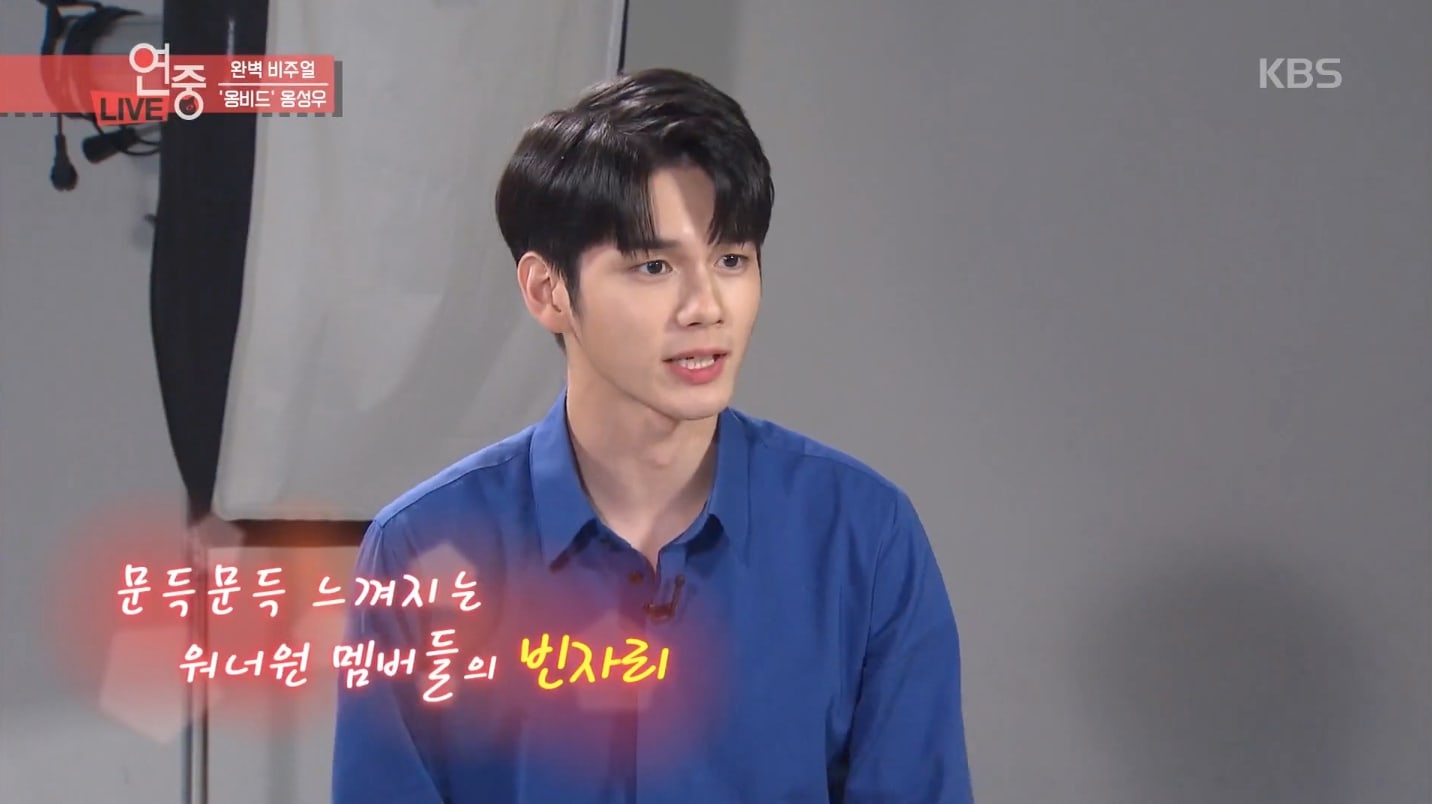 Ong Seong Wu went on to share that he still talked to the other Wanna One members on a daily basis. “I contact them every day,” he said, “and I often talk to them over the phone. We also still have a group chat.”

He added with a laugh, “I hope that one day in the future, I can hold a fan meeting at the Gocheok Sky Dome with 20,000 attendees and invite all of the members as guests.” 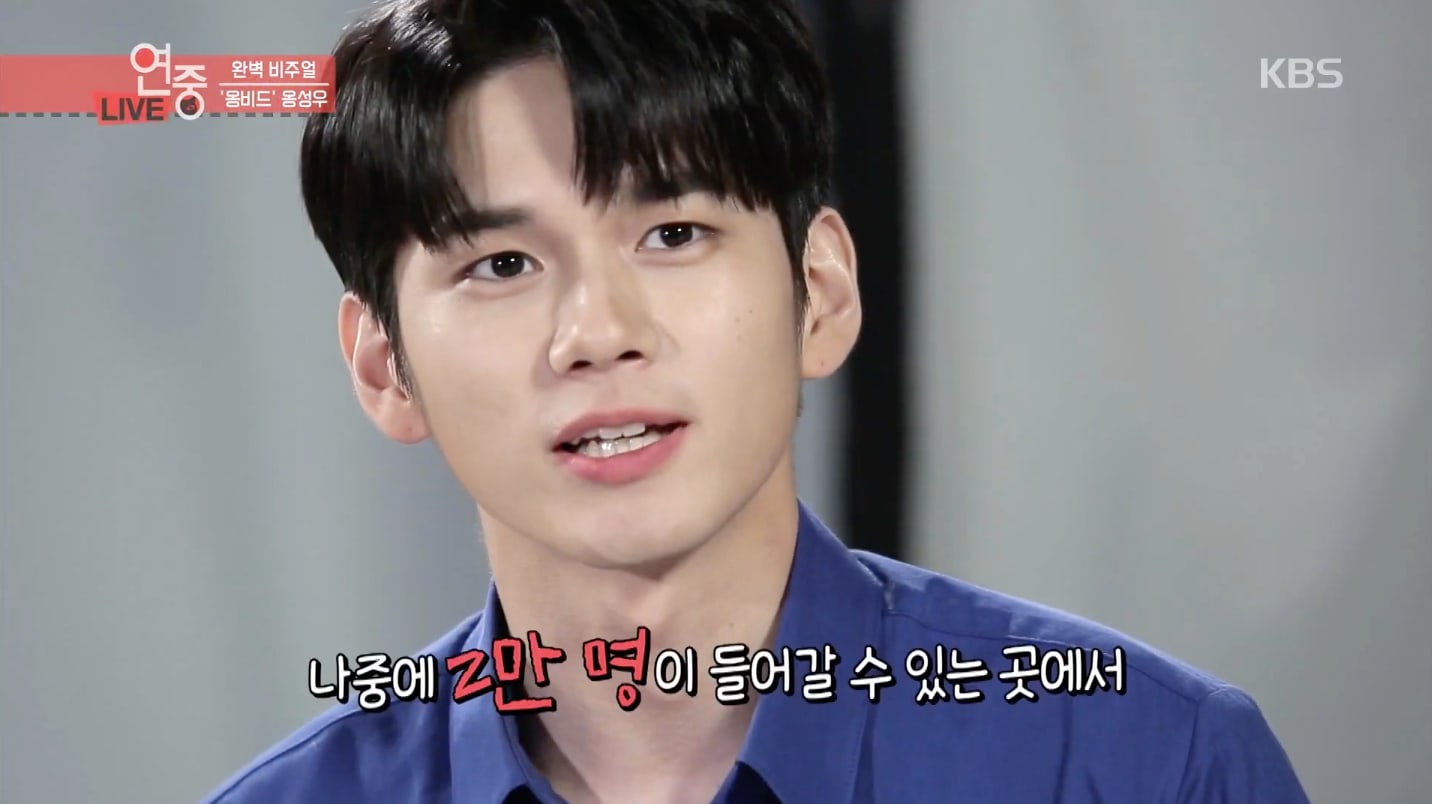 The full episode of “Entertainment Weekly” will soon be available with English subtitles on Viki. In the meantime, check out last week’s episode of the show below!

Wanna One
Entertainment Weekly
Ong Seong Wu
How does this article make you feel?