The 7-year-old star’s mother has previously mentioned that Choi Jin Hyuk became her daughter’s favorite person after her very first shoot for SBS’s hit drama “The Last Empress,” in which she stole hearts as the adorable Princess Ari.

During Choi Jin Hyuk’s guest appearance on the March 8 episode of SBS’s “We Will Channel You,” Oh Ah Rin stopped by and explained exactly how her former co-star had managed to win her over.

“I came to the show today to surprise [Choi Jin Hyuk],” the young actress said excitedly. “We didn’t have that many scenes together, but we saw each other in the waiting room sometimes.” 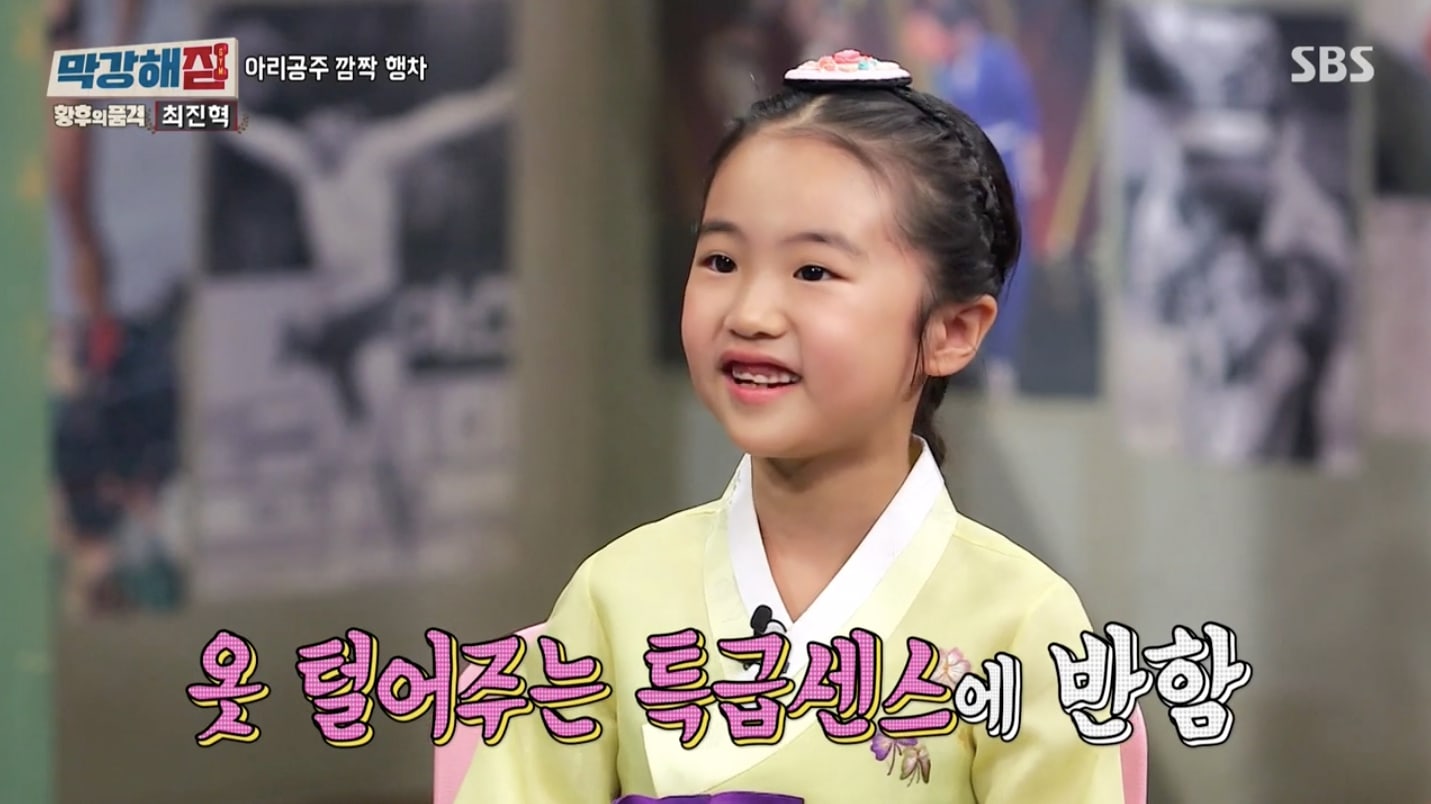 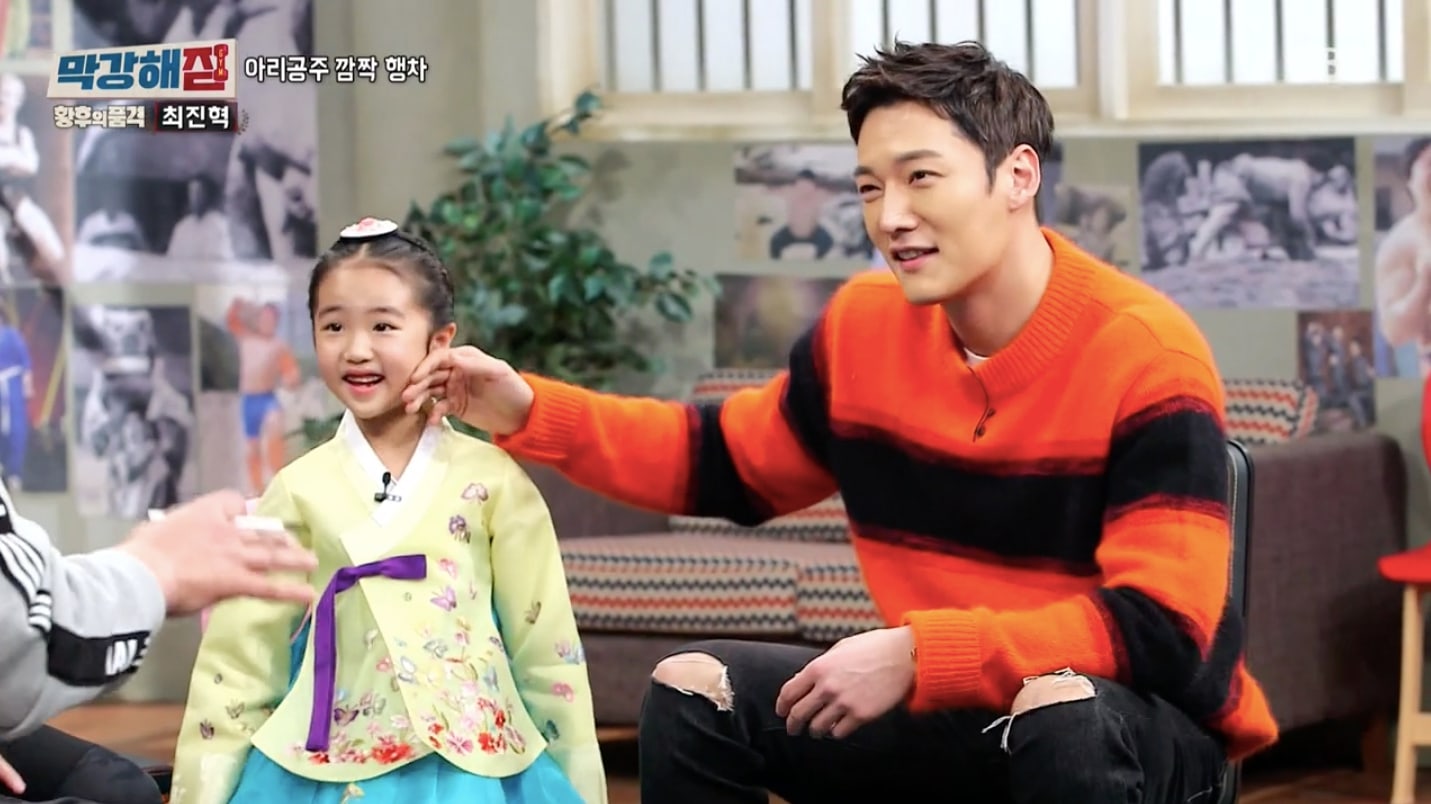 When host Kang Ho Dong asked how they had become close, Oh Ah Rin replied cheerfully, “He gave me gummies and candy, so I started to like him.”

Choi Jin Hyuk praised his young co-star’s professionalism, remarking, “Even when she was cold and sleepy, and even when filming got tough, she never complained once. She’s incredibly mature.”

Kang Ho Dong then mentioned that he had heard that Oh Ah Rin had a list of her all-time favorite people, asking her to explain it further. “It’s my ranking of the people I like,” she said. “Now, Choi Jin Hyuk is number one.”

Oh Ah Rin went on to reveal that Choi Jin Hyuk had stolen her heart with his manners and his thoughtful, considerate personality. Referring to a scene in “The Last Empress” in which the actor picked her up and carried her after she fainted, Oh Ah Rin recalled, “When I was filming the cookie scene in the drama, every time that [Choi Jin Hyuk] picked me up and put me down, he would dust off my clothing for me and ask me if I was okay.” 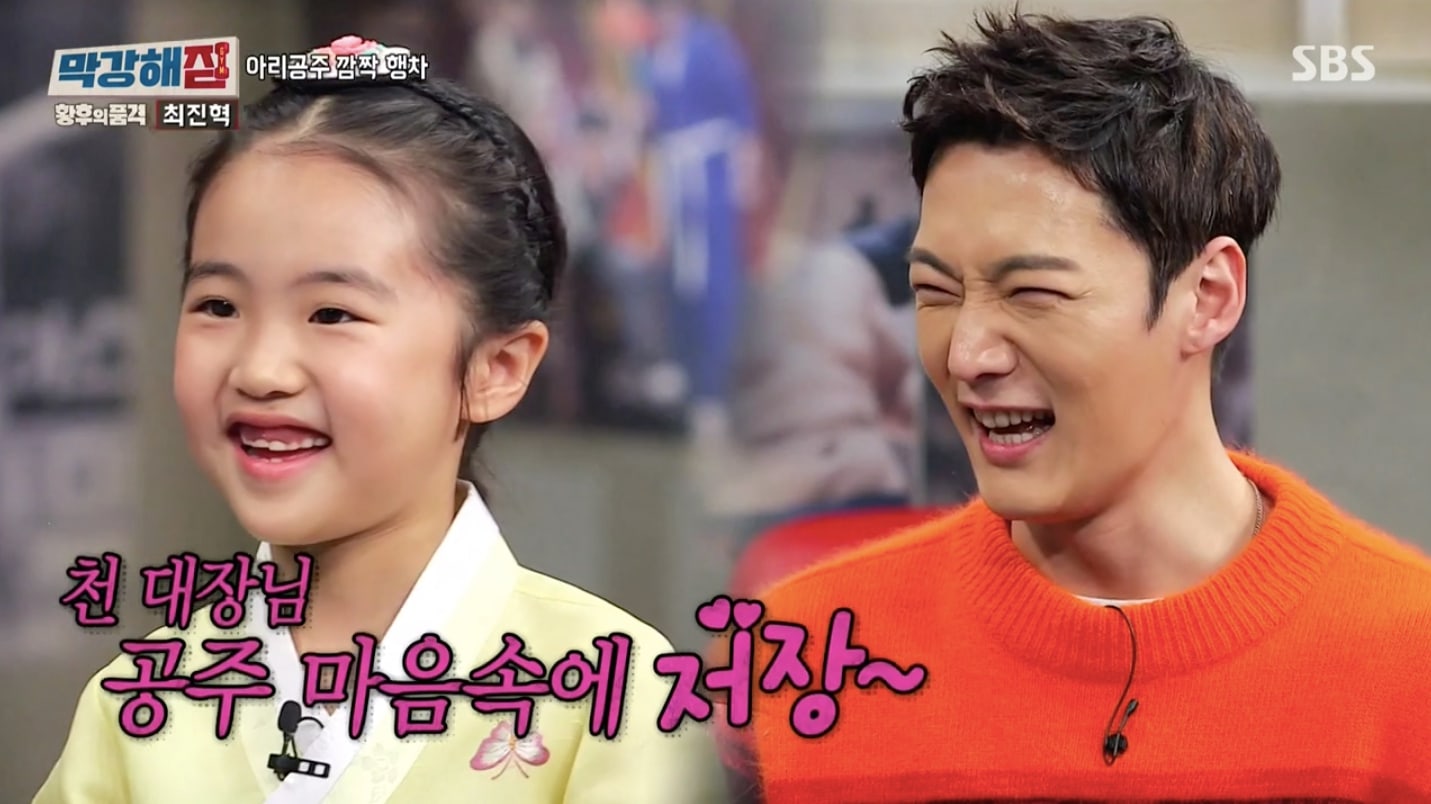 If you haven’t already seen it, watch Oh Ah Rin and Choi Jin Hyuk in “The Last Empress” with English subtitles below!

Choi Jin Hyuk
Oh Ah Rin
The Last Empress
How does this article make you feel?