Kim Hye Ja and Nam Joo Hyuk from JTBC’s “Radiant” are mesmerizing viewers with their special synergy that goes beyond the generations.

The drama recently broke its personal viewership ratings record and continues to awe its viewers with a splendid cast and story.

Kim Hye Ja and Nam Joo Hyuk worked together with a unique chemistry on the filming set in order to create touching scenes. In one of the released behind-the-scene photos, Kim Hye Ja can be seen with a script in her hand. During break, the veteran actress warms the set with her doting smile, but once the camera turns on, she fully immerses into her character. Nam Joo Hyuk looks closely at her performance with respect. The actor’s sincere personality to not miss any details is the driving force behind his acting in “Radiant.”

Kim Hye Ja also gazes at Nam Joo Hyuk with content. She treats him with consideration and sends him a supportive smile. Earlier, Kim Hye Ja expressed her expectations and affection for Nam Joo Hyuk, saying, “I want to see what kind of actor he’s going to become.” Nam Joo Hyuk had also revealed, “It’s a happy filming scene where I can learn a lot.”

Their affection and trust for each other lead to synergy in the drama. When they rehearse, they portray their respective characters with sincerity, and when they’re not filming, they smile brightly without a hint of exhaustion. 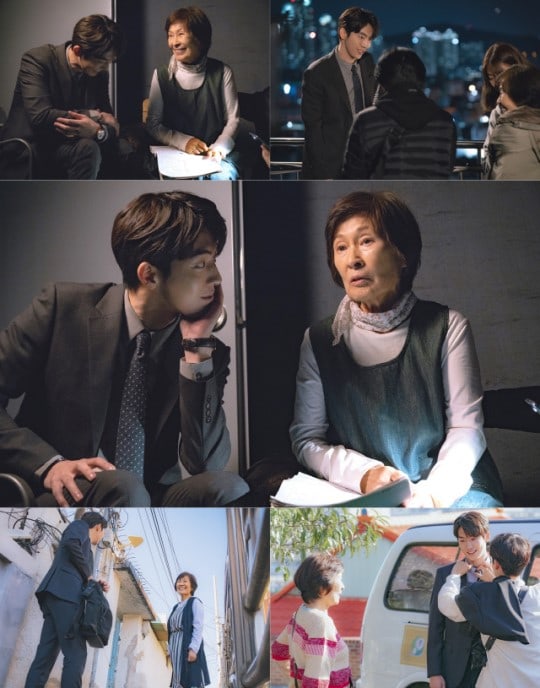 The production crew praised, “The presence of actor Kim Hye Ja has created a unique synergy on the set. In particular, the teamwork between Kim Hye Ja and Nam Joo Hyuk has a crucial flow of emotions that goes beyond the generations. With only four episodes left until the end, crisis and changes are imminent for their characters. We hope you will watch until the end.”

Watch the latest episode if you haven’t already: