On the March 9 broadcast of KBS 2TV’s “Immortal Songs,” SF9’s Chani talked about his old appearance on the show as a child actor with actress Kim Sae Ron.

Chani was first asked to name a moment when he felt elated, and he said, “I felt incredible joy when I first joined the ‘SKY Castle’ cast.”

The SF9 member, who received much praise for his acting in JTBC’s “SKY Castle,” which set the record for the highest ratings in cable network history, said he debuted first as a child actor, and that he actually appeared on “Immortal Songs” as a child actor six years ago. 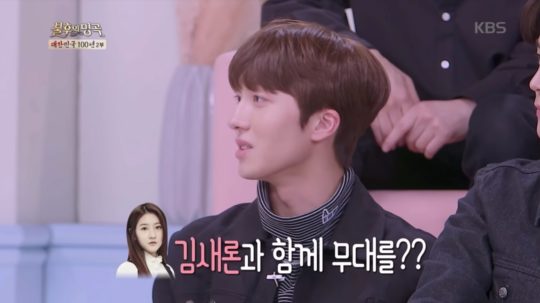 “In 2013, I appeared on ‘Immortal Songs’ with Kim Sae Ron.” The show then revealed footage of a young 14-year-old Chani with Kim Sae Ron, adorably acting out a young romance on stage. 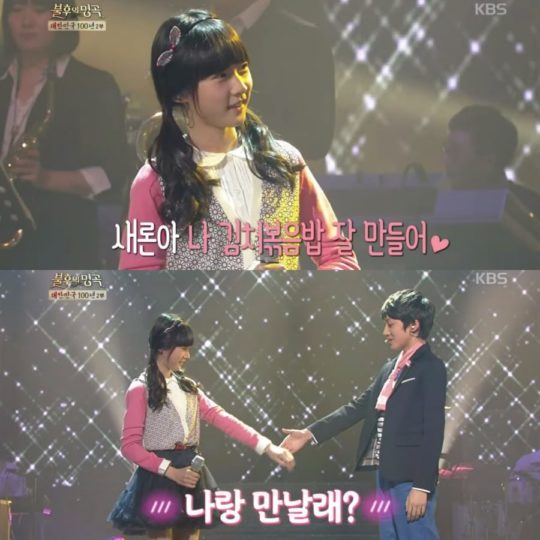 In the clip of the 2013 episode of “Immortal Songs,” Chani laments that it’s the saddest day of his life because his friend confessed his love to Kim Sae Ron first. With a little help, Chani gets his chance and says, “Sae Ron, I make good kimchi fried rice. Do you want to go out with me?”