NU’EST’s Baekho continues to impress with his contributions in SBS’s “Law of the Jungle”!

Having already impressed viewers in the previous episode by collecting abalone and using his strength to move heavy rocks and trees for the team, Baekho teamed up with their leader Kim Byung Man who light a fire without any tools. They built a bow drill and tried to spark a flame, with Baekho using all of his power to create enough friction. It took the team a total of five hours, but they succeeded in starting a fire and creating a source of warmth for the team. 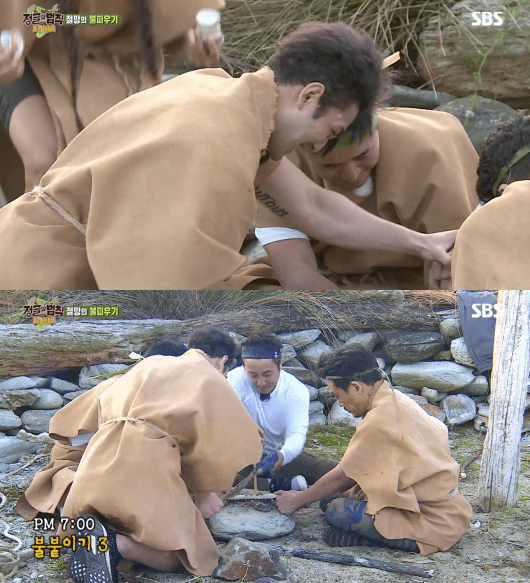 Baekho’s survival instincts also shone when hunting for wekas. As soon as he noticed something moving near him, he immediately picked up rocks and chased after the agile bird. Though the ground underneath him was uneven terrain, he moved quickly as he chased after the bird, and he teamed up with Kim Byung Man and Kim In Kwon to corner it and catch it. 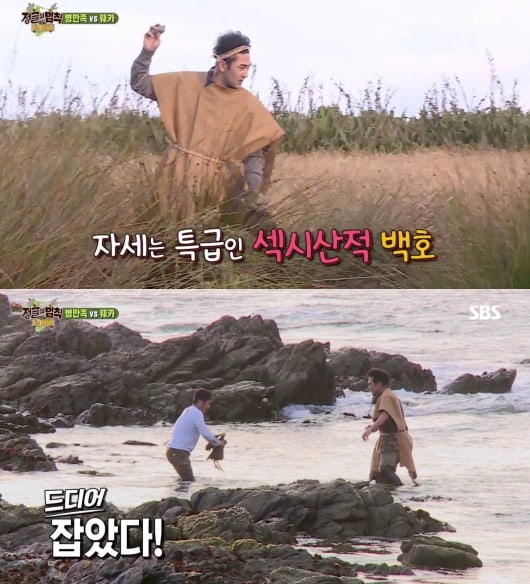 Not only this, but Baekho also worked hard to help construct a bed of heated stones, moving heavy rocks in the middle of the night. When he was given the chance to test out the finished product, the happy smile he had on his face was enough to get viewers smiling with him.

Baekho has been surprising viewers with his ability to adapt and put his strength to good use. The teaser for the next episode showed Kim Jong Min and Baekho left alone, as the other members were being treated for various health concerns, and it will be interesting to see how Baekho overcomes the troubles that are headed his way.

The next episode of “Law of the Jungle in Chatham Islands” will air on March 16 at 9 p.m. KST. Catch up with the latest episode below!

NU'EST
Law of the Jungle
Baekho
How does this article make you feel?