The latest episode of “Master in the House” featured a fun blast from BTOB’s Yook Sungjae’s past!

On the March 10 broadcast of the SBS variety show, the “Master in the House” cast headed to JYP Entertainment headquarters to meet their latest master, JYP founder Park Jin Young.

After taking a tour of the agency’s stylish new building, Lee Seung Gi surprised Park Jin Young by asking if he was aware that Yook Sungjae had auditioned for JYP Entertainment in the past. Park Jin Young exclaimed, “Really? I didn’t know.”

Yook Sungjae went on to explain, “When I was in my first year of middle school, I participated in the sixth open auditions, and unfortunately, I was eliminated in the final round. It was my first and last audition.” 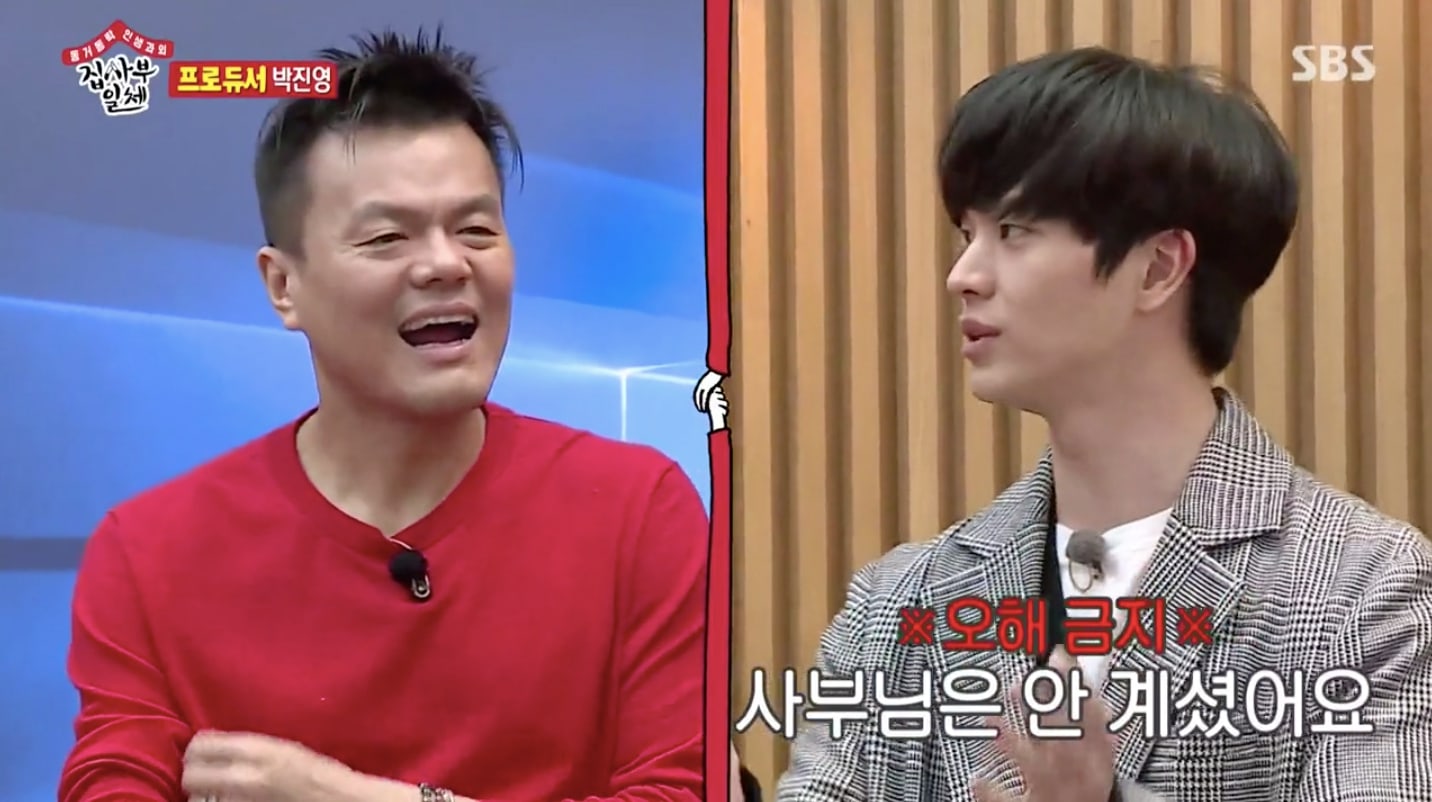 Lee Seung Gi asked if Park Jin Young knew why the BTOB member had been eliminated in the final round, but the agency founder had no idea. Yook Sungjae explained that Park Jin Young hadn’t been present during his audition, recalling, “There was a separate team of staff that handled the open auditions.”

The “Master in the House” staff then revealed that they had prepared footage of Yook Sungjae’s JYP audition for everyone to watch together. As Yook Sungjae became visibly mortified at the thought of watching his old audition, Lee Seung Gi commented in amusement, “Sungjae isn’t usually this embarrassed by his past.”

Lee Seung Gi then asked Park Jin Young, “If you personally watched this audition now, [I’m curious] what the results would be.” The JYP founder promised, “I’ll be honest,” and Yook Sungjae exclaimed, “Why am I nervous?”

As the video of Yook Sungjae’s audition began playing, Park Jin Young eagerly turned up the volume in order to hear his singing better. 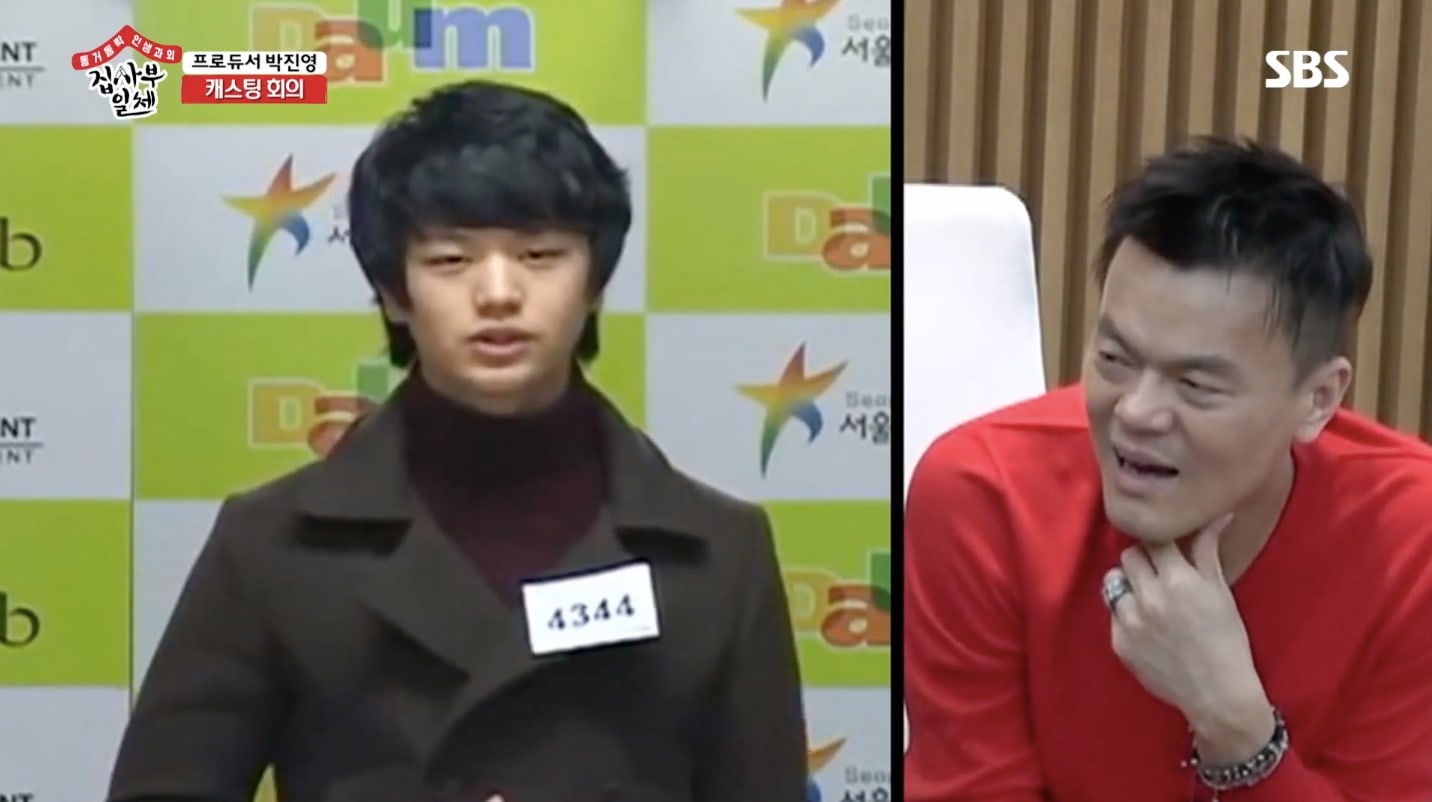 After watching the video, Park Jin Young let out a sigh and remarked, “This isn’t easy.” He then cracked everyone up by commenting, “His hair was too fatal [of a blow].” 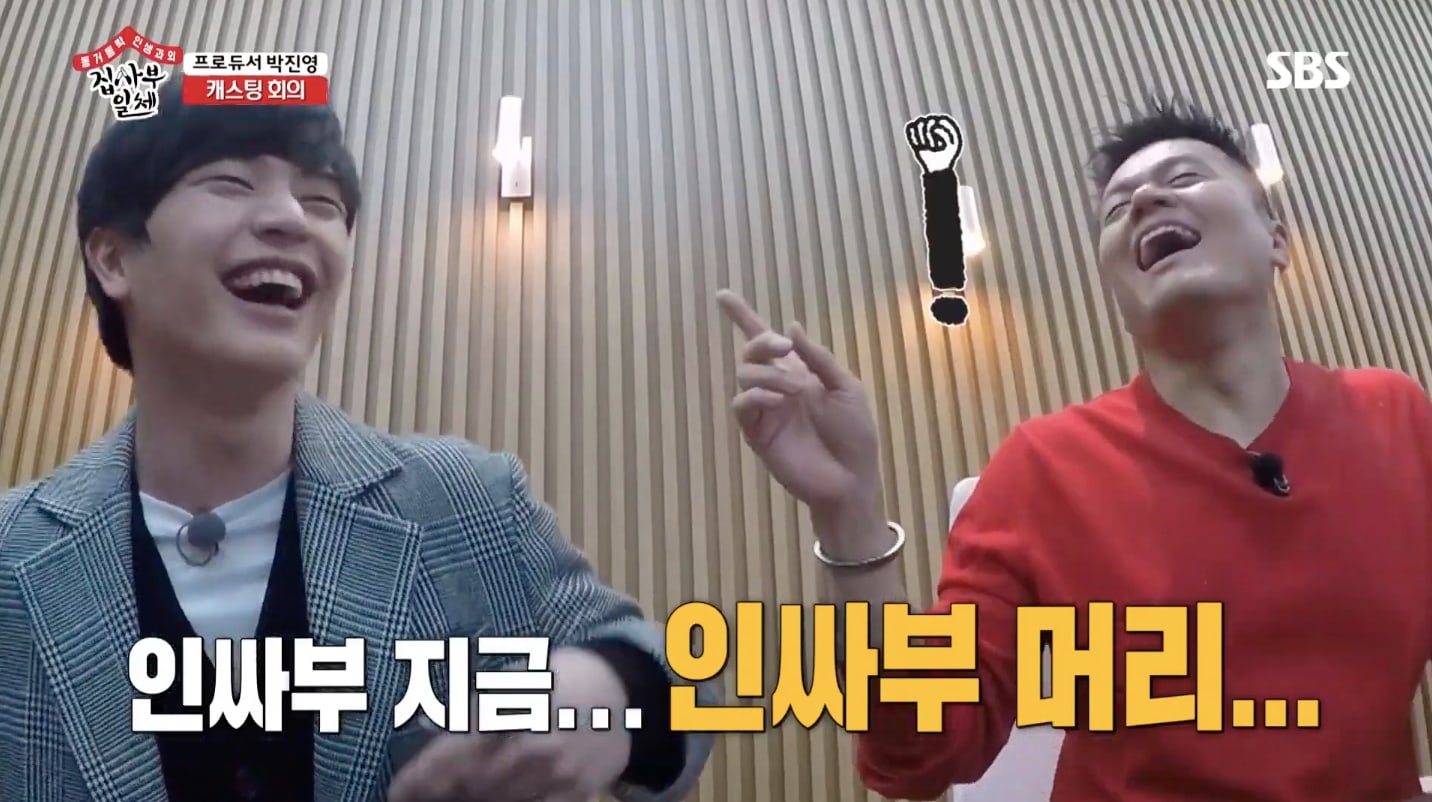 Park Jin Young went on to make everyone burst into laughter by pointing out the specific part of Yook Sungjae’s hair that he found problematic.

The idol laughingly defended his hairstyle by exclaiming, “Growing out the back of your hair was in fashion back then!” 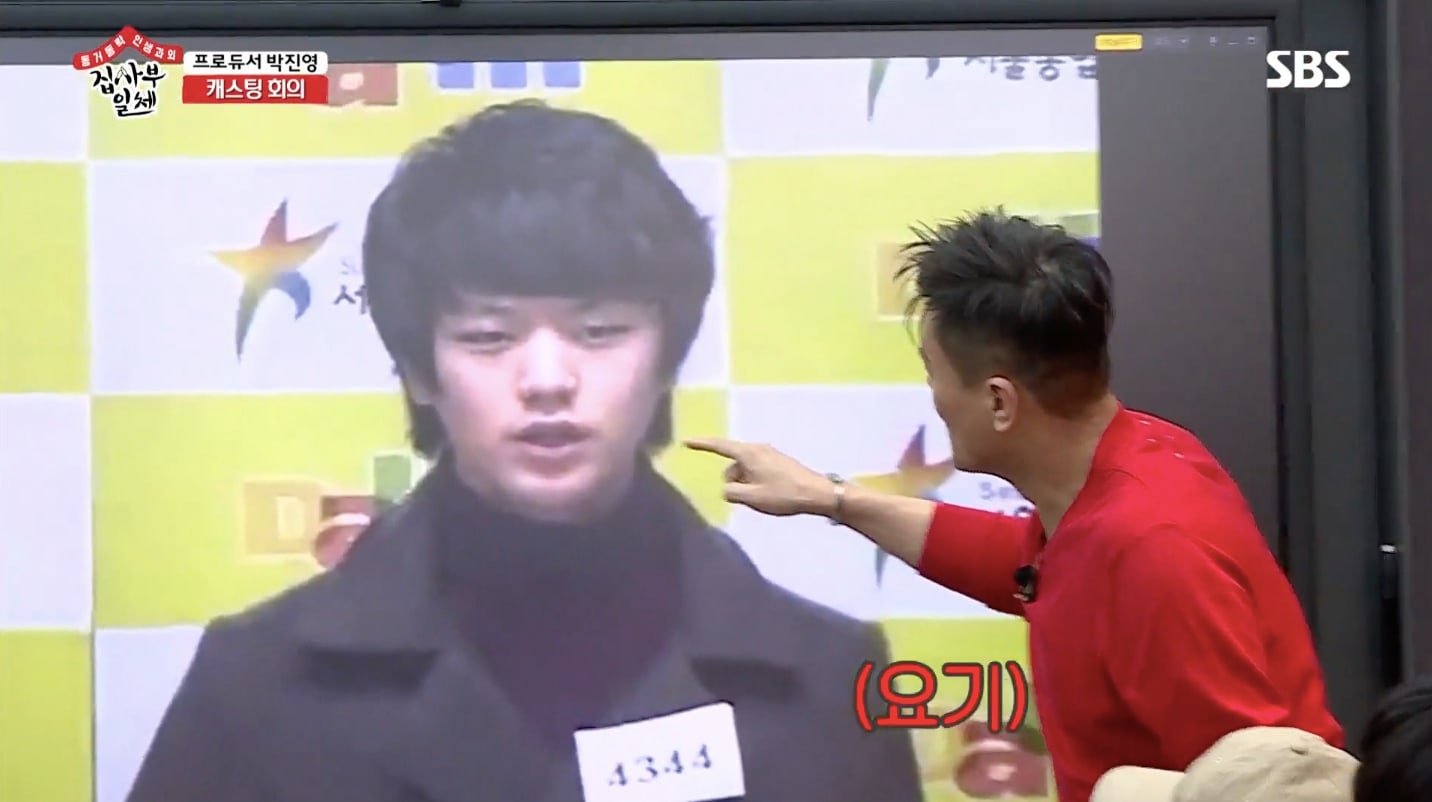 Yang Se Hyung then playfully asked Park Jin Young, “Didn’t you say that you were interested in [trainees’] character? But I guess it’s also important to pay attention to your hairstyle when you first come in [for an audition].” Park Jin Young replied, “No, it’s better not to style your hair at all.”

“If you look at [Yook Sungjae] from a close distance,” Park Jin Young continued, “his face is so handsome that he looks like an anime character. But it feels like he wasn’t able to play up that strength.”

Check out the clip of Park Jin Young watching Yook Sungjae’s audition below!

You can also watch the full episode of “Master in the House” here:

BTOB
Yook Sungjae
Park Jin Young
Master in the House
How does this article make you feel?