On the latest episode of “Master in the House,” Park Jin Young shocked the cast by revealing just how much money JYP Entertainment spends on food each year!

The singer, producer, and JYP Entertainment founder appeared on the March 10 broadcast of the SBS variety show as the show’s latest master, and he took the cast members on a special tour of the agency’s brand-new building.

The four stars were especially impressed by the company’s famous new cafeteria, which only serves organic food and is exclusively open to JYP Entertainment artists, employees, and trainees. As they marveled at the extensive menu, Yang Se Hyung pointed out, “Wow, the menus for lunch and dinner are different, and there’s a new menu every day.” Park Jin Young proudly remarked, “It’s really important not to eat unhealthy food, and there’s not a single unhealthy ingredient here.” 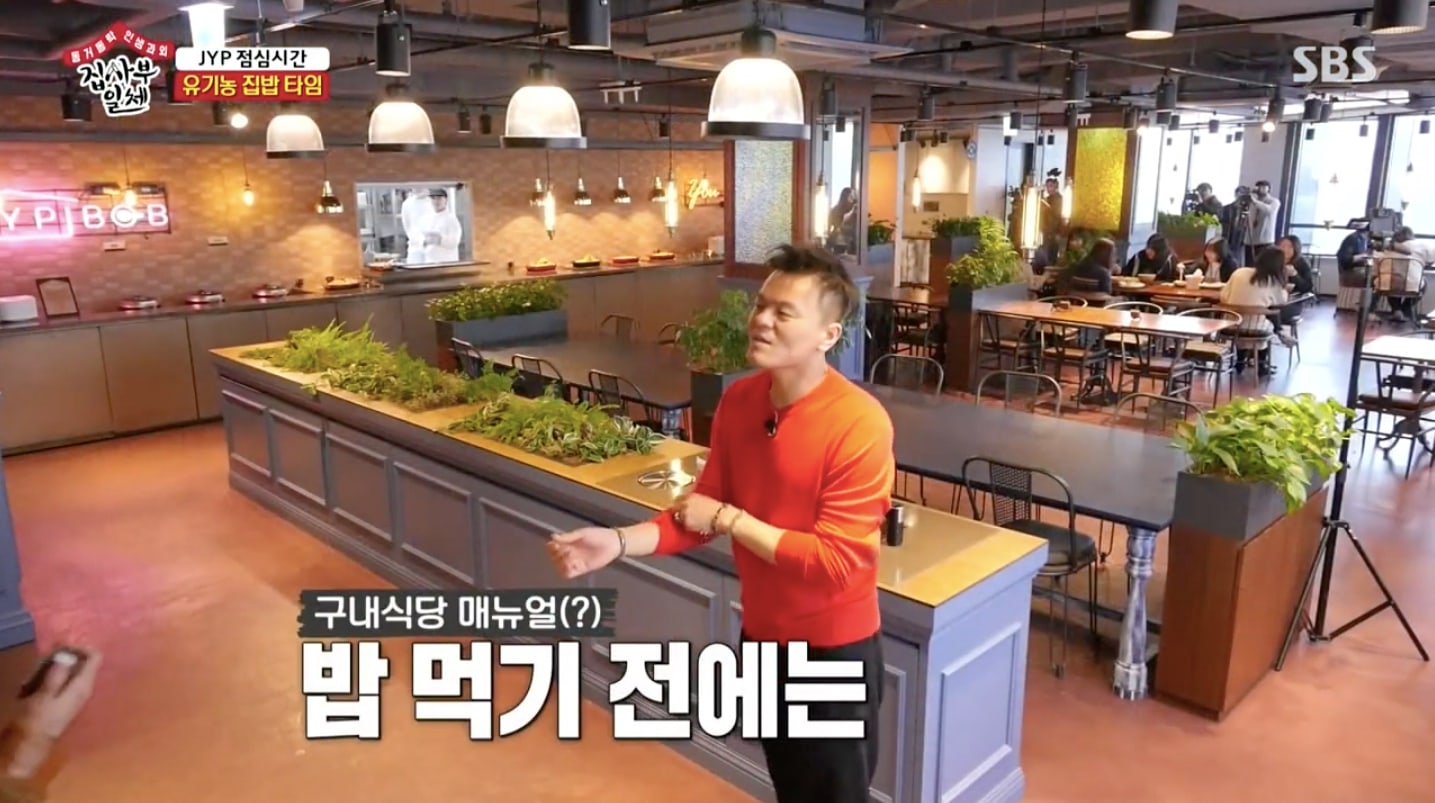 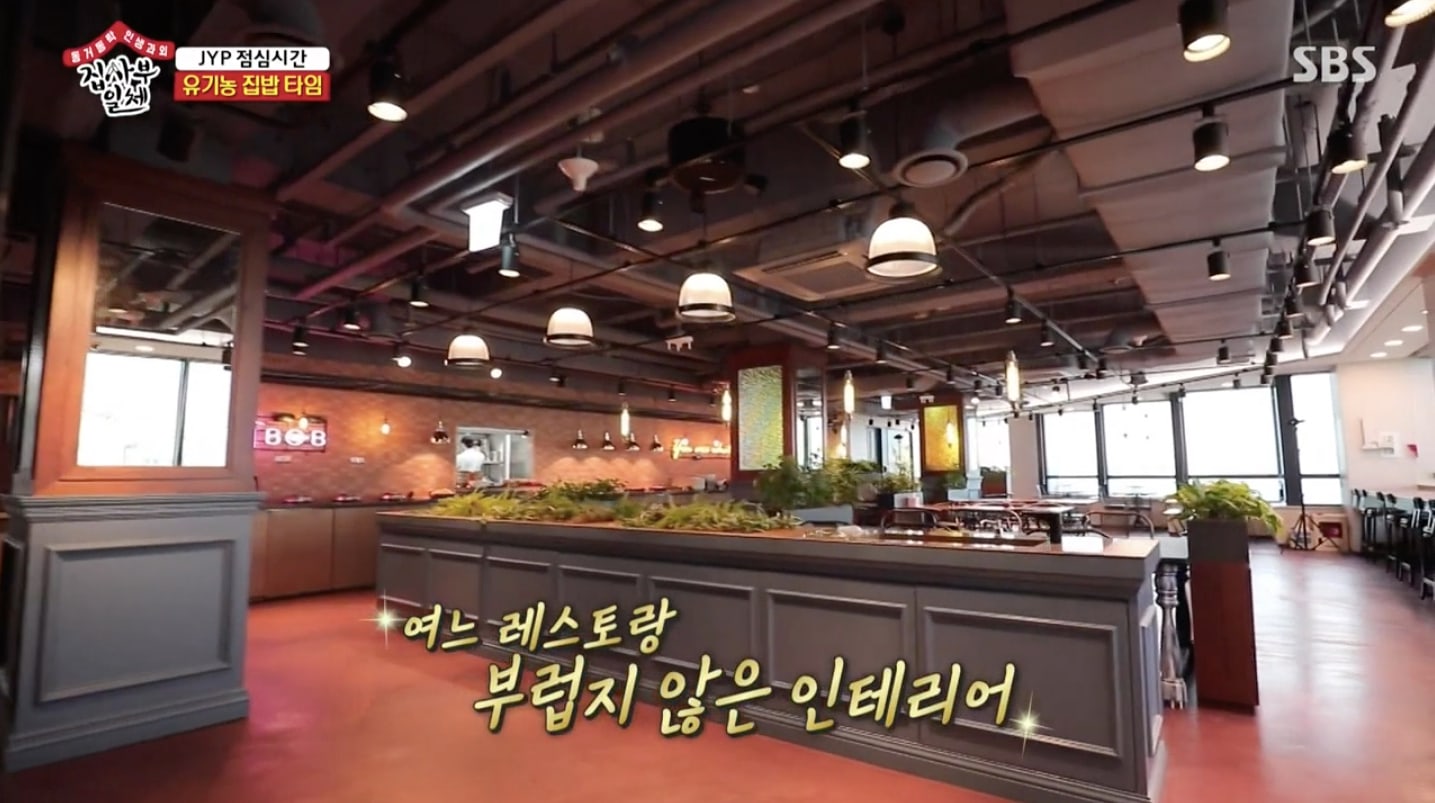 The “Master in the House” cast and Park Jin Young sat down to enjoy a meal together, and all four members happily dug into their food, repeatedly exclaiming that everything was delicious. 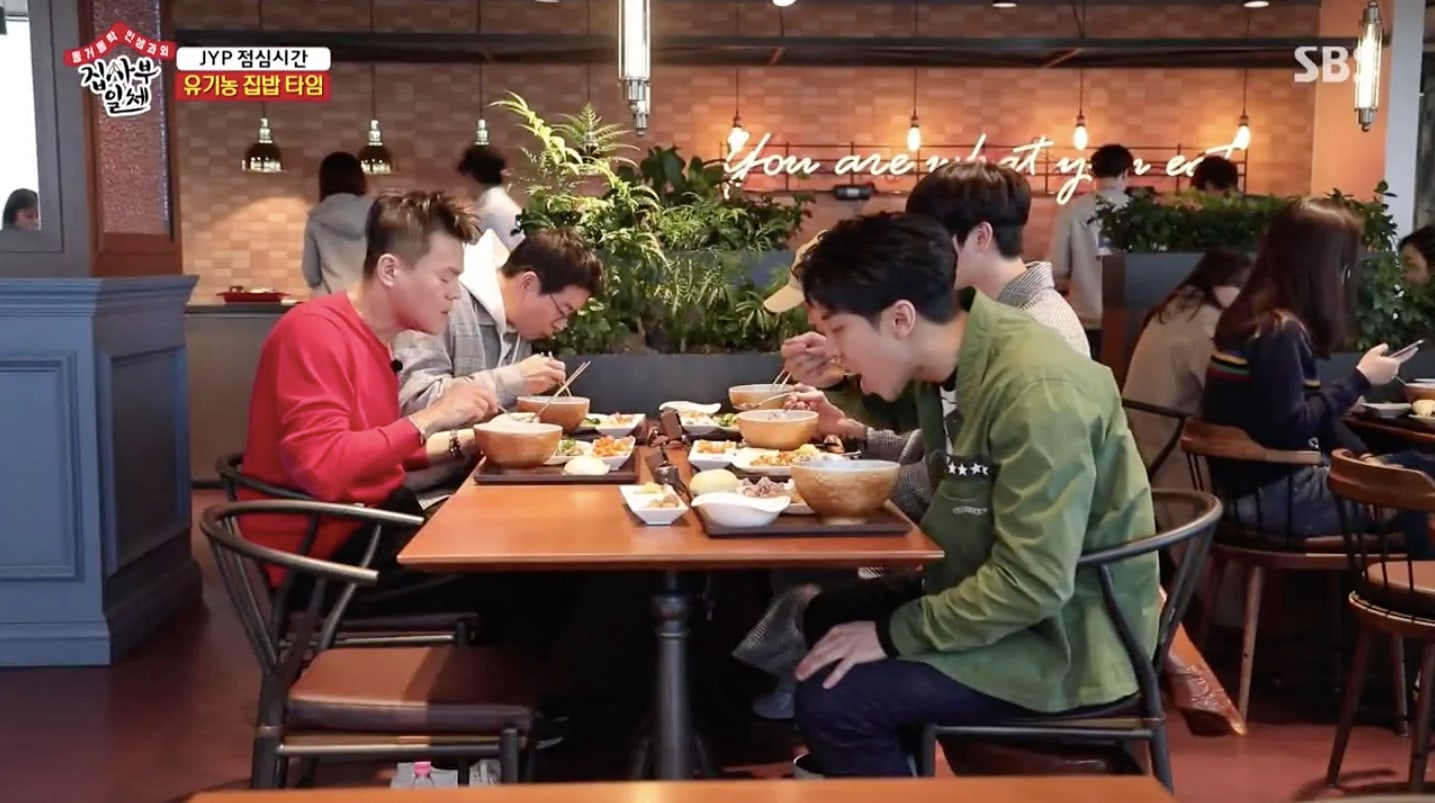 During their meal, Lee Seung Gi commented, “[If everything is organic], then the costs must be very high.” Park Jin Young responded by revealing, “We spend about 2 billion won [approximately $1.8 million] on food in a year.”

He then went on to explain why he chose to spend so much money on food. “It’s not just the agency’s employees that eat here, but also our celebrities and, most importantly, our trainees,” said Park Jin Young. “It always broke my heart [in the past] when parents entrusted their children to us, and these young kids who were still growing would eat things like instant food. That made me feel so guilty, since I was partially responsible for looking after them.”

He added, “Of course, some of those trainees won’t debut [under JYP Entertainment], but as long as they’re here, they’re my responsibility.”

“When I see our elementary school and middle school trainees coming here to eat in large groups, it makes me so happy,” said Park Jin Young. “It’s improving their chances for success. If our artists and our employees end up healthier [because of this cafeteria], then our company will ultimately end up doing better. For that, I’m willing to spend 2 billion won a year.” 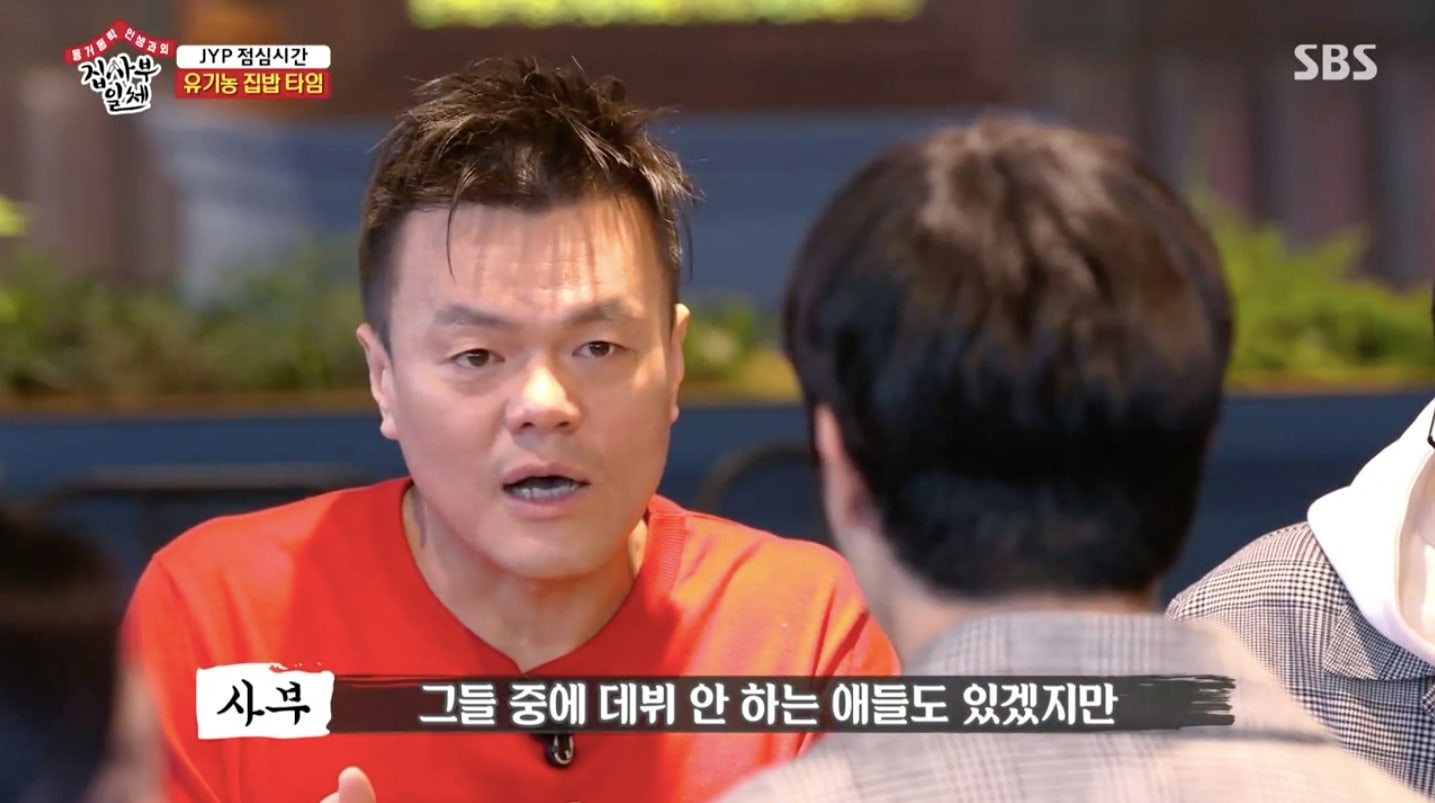 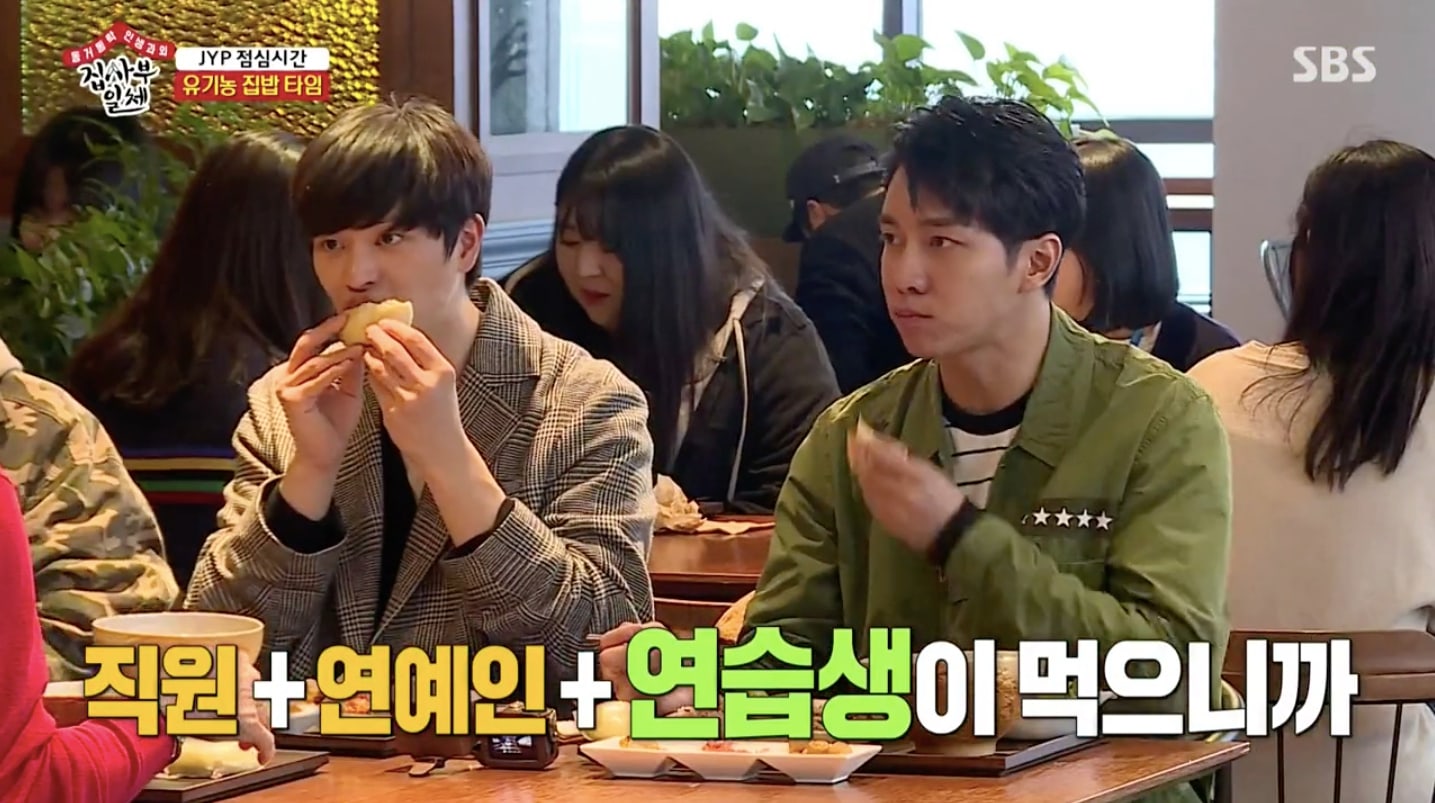 Park Jin Young
JYP Entertainment
Master in the House
How does this article make you feel?