Jung Il Woo and Han Sang Jin deal with a literal bloodbath on their hands for “Haechi.”

“Haechi” is about a prince born from a commoner mother who seeks to claim his right to the throne and his three companions who help him on his journey.

In the released photos, Jung Il Woo brows are furrowed as he looks upset and flustered while his hands are dripping in blood. Han Sang Jin stares at Jung Il Woo, frozen in shock at his violent state. 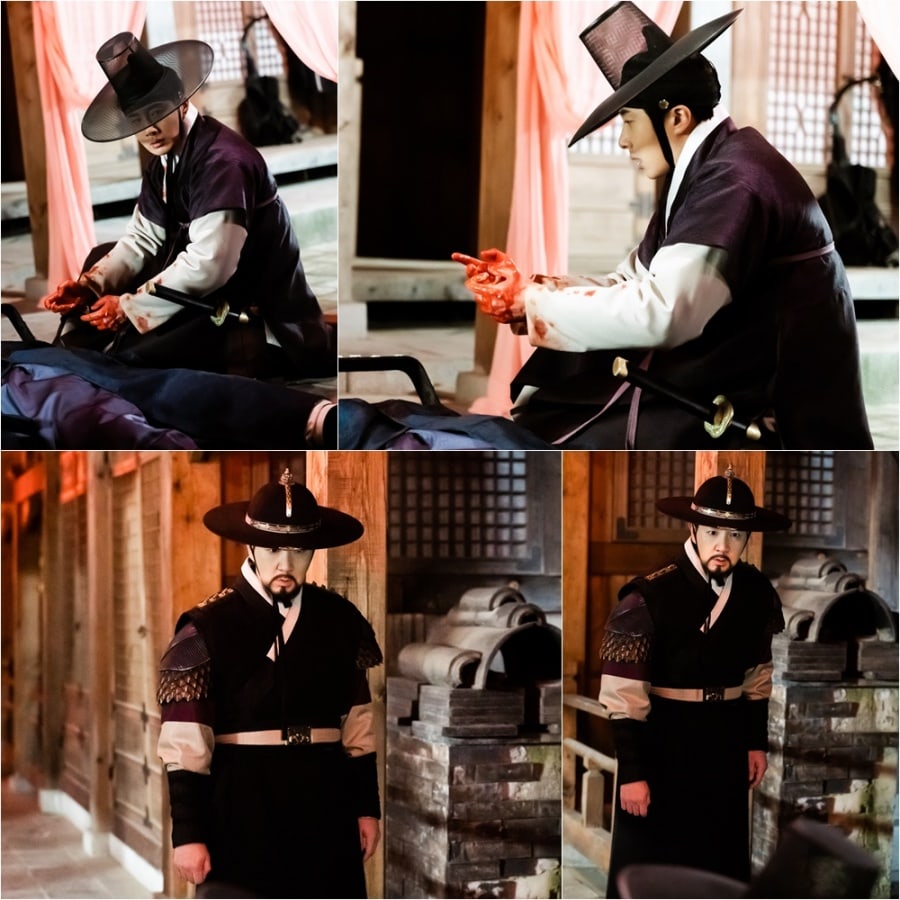