“Ignition” is about foolish rebels Go Taek Il (played by Park Jung Min) and Sang Pil (played by Jung Hae In) who come out to face the real world and grow up to become adults in the process. Not only is the film based on Jo Geum San’s popular webtoon with an average rating of 9.8, but the film also has a star-studded lineup with actors that will skillfully take on these diverse characters. 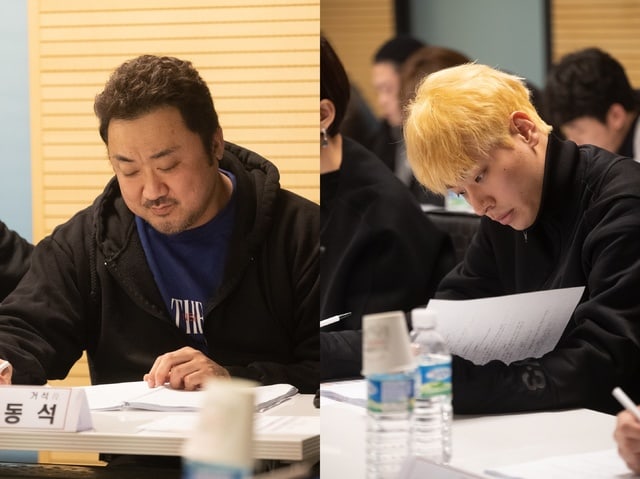 Ma Dong Seok, who showed off his strong presence in films “The Outlaws,” “Along with the Gods: The Last 49 Days,” and “Unstoppable,” will be taking on the role of Geo Seok, the owner of the Chinese restaurant that Go Taek Il comes to work at. Even at first sight, Ma Dong Seok gives off a formidable impression with his strict attitude within the Chinese restaurant. Nonetheless, he shows off unexpected chemistry with Go Taek Il as they bicker with one another.

Park Jung Min, who has taken on various roles through projects such as “Dongju: The Portrait of a Poet,” “Keys to the Heart,” and “Svaha: The Sixth Finger,” will take on the role of the thoughtless runaway Go Taek Il. Go Taek Il has nothing he particularly wants to do, but his dream is to escape his neighborhood, so he runs away with 30,000 won (approximately $26.59) and winds up at a Chinese restaurant. While meeting these new characters, he runs into a crisis that turns out to be an opportunity of a lifetime. Park Jung Min, who transformed into a new character with each project he took on, is expected to play an unforgettable character with a tough but innocent charm as a rebel that does whatever he wants. 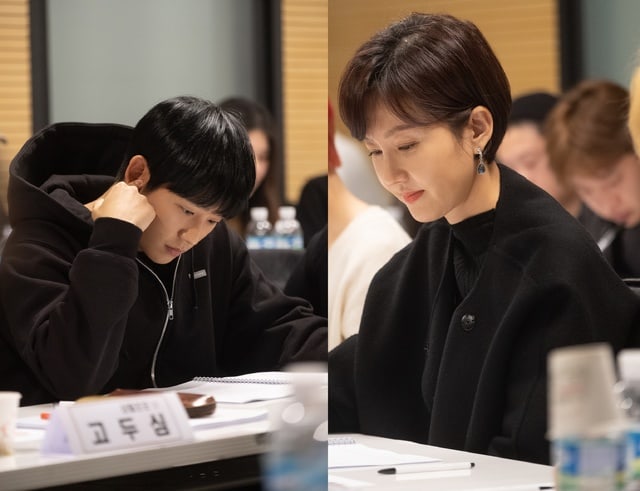 Furthermore, Jung Hae In, who has gained popularity through “Pretty Noona Who Buys Me Food” and “Prison Playbook,” will be taking on the role of Go Taek Il’s close neighborhood friend Sang Pil. Sang Pil, whose daily life involved quitting school and getting into trouble with Go Taek Il, ends up in a gang when he only seeks out money after Go Taek Il leaves him alone in the neighborhood. Jung Hae In is expected to skillfully take on this completely new type of character, broadening his acting skills and showing off a new side of himself to the viewers.

Finally, actress Yum Jung Ah, who received tremendous love recently through “SKY Castle,” is confirmed to be playing the role of Go Taek Il’s mother. As a mother who was once a volleyball player, she swiftly overpowers Go Taek Il and his rebellious antics, but worries nonetheless for her son. She’s expected to make the character more relatable with her strong acting skills.

“Ignition” will be directed by Choi Jung Yeol, who last directed “One Way Trip,” a film about the youthful passion of people in their twenties. He said, “In this world, there’s no such thing as a dull life. I want to draw out the story of the characters who are slightly clumsy but act without hesitation.”