“Welcome to Waikiki 2” has released its fun and kooky official character posters.

The first season of the drama received much love for its youthful energy and refreshing comedy, as well as its realistic portrayals and relatablility. The second season will once again follow the stories of youths as they take on the challenges found in friendship, love, and dreams, all while living in the Waikiki guesthouse.

In his character poster, Kim Seon Ho perfectly pulls of his prickly character Cha Woo Sik. Though he made a flashy debut through an idol group, the group failed to be successful. He currently makes his living as a singer who teaches classes, performs at weddings, and such, hoping for a comeback. Holding a guitar in his arms, his caption reads, “If it makes money, I’ll do anything!” 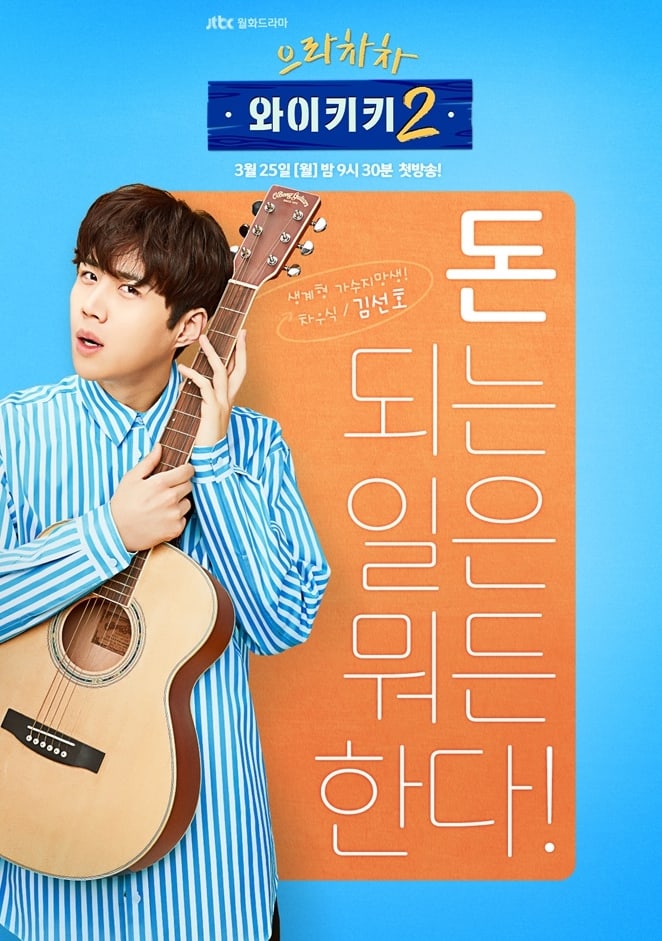 Lee Yi Kyung brings his character actor Lee Joon Ki to life, returning with an even more shameless and irresponsible personality. Last season, he began to see some fame as “Newsroom”‘s Song Joon Suk, but it appears that he has returned to acting for wages once more. In his poster, he holds a trophy, appearing quite pleased with himself. His caption reads, “I’ll do anything for success!” 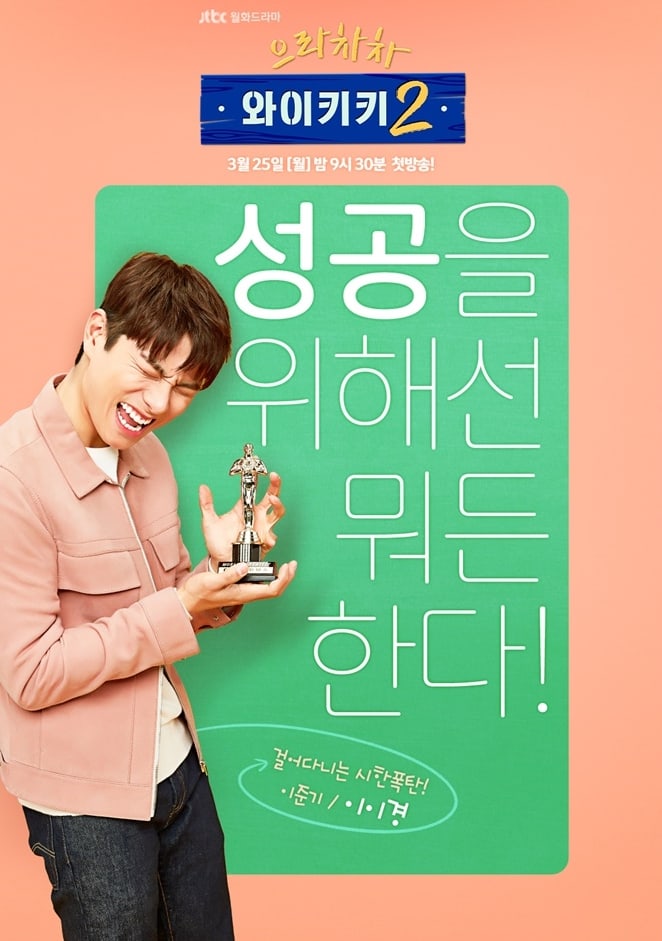 Shin Hyun Soo will be playing Kook Ki Bong, a high school baseball star who signed a contract to join the professional league, earning millions of won. Due to a shoulder injury; however, he remains at second string. Falling for his high school classmate Lee Joon Ki’s charm, he and Cha Woo Sik use up all their savings and begin living at Waikiki. In the poster, he wears a glove and holds a baseball, with the caption, “Tomorrow, my sun will rise!” 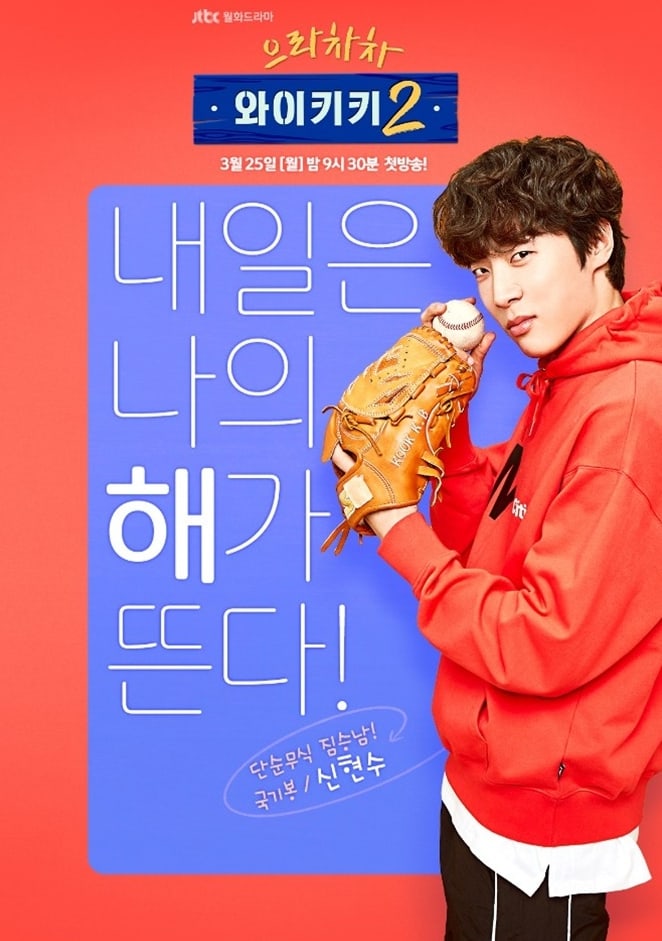 Moon Ga Young will be taking over the guesthouse as the slightly crazy but lovable Han Soo Yeon, the first love of the three high school friends at Waikiki. Growing up as a sheltered child without a care in the world, she has no perseverance, no stubbornness, and no tact. Suddenly humiliated on her wedding day, she somehow ends up with her high school classmates at Waikiki. She wears a wedding veil and is a vision in a white suit, as her caption reads, “From princess to beggar, the tables have turned in her life!” 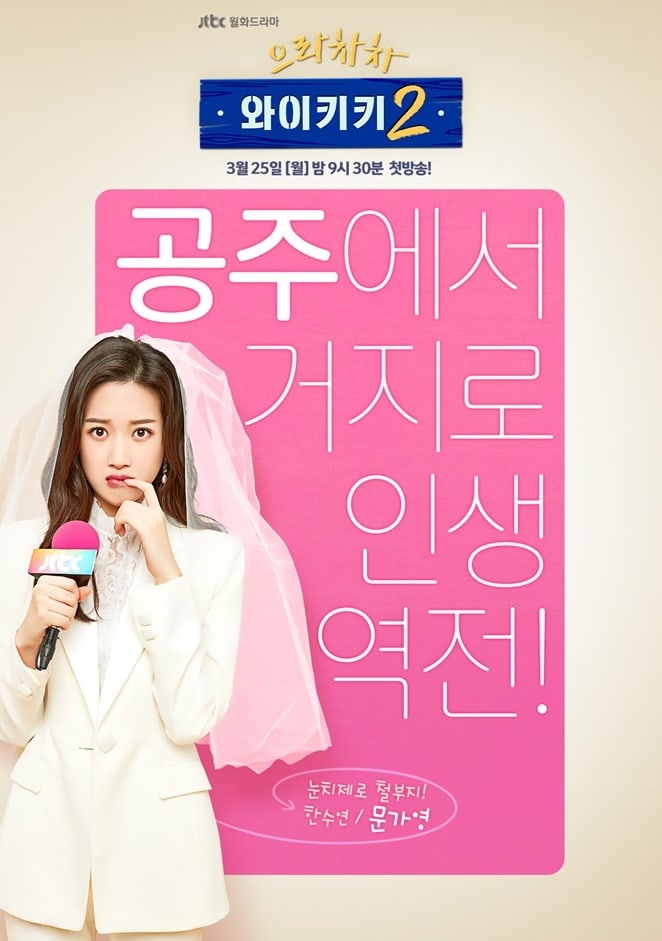 Ahn So Hee is startled and confused as Kim Jung Eun, the queen of part-time jobs. She is not only a Theater and Film major with Lee Joon Ki, but also his long-time friend. After giving up her dreams due to the difficult reality of being an actress, she faces life by saving money as much as possible, even deciding to live at Waikiki to save on rent. With her easygoing personality that can’t stand injustice, she meddles in others’ affairs despite her girl crush appearance. Holding various folders and a calculator, her character poster’s caption reads, “Leave all the part-time jobs in the world to me!” 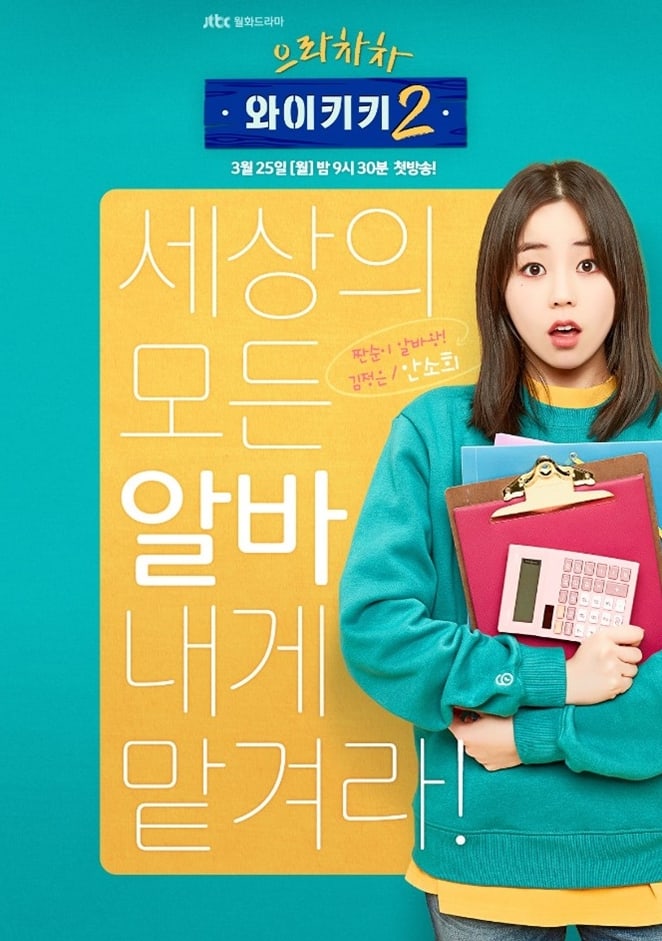 Kim Ye Won shows off her charisma as Cha Yoo Ri, a former chef working at a hotel who quit her job to follow her younger brother Cha Woo Sik to Waikiki. Though she is equipped with a fierce determination to start her own restaurant, she ends up penniless. Overflowing with biting remarks, an unfounded confidence, and veteran shamelessness, she wears a kitchen apron and takes on the world with her cutting boards. Her caption declares, “I’ll protect Waikiki!” 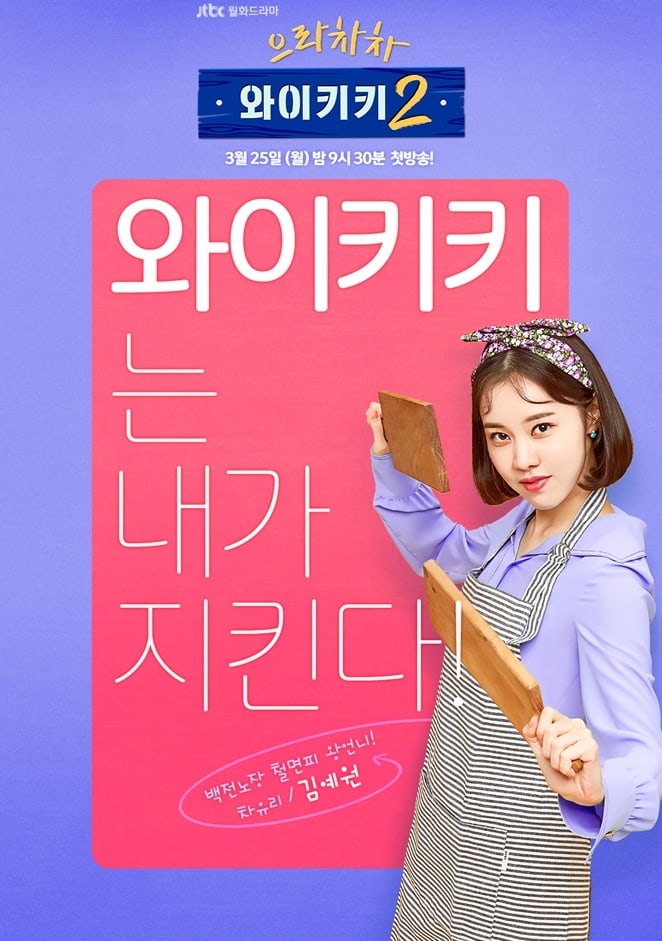 The production staff stated, “We will convey each youth’s struggle as they pursue their dreams, as well as refreshing laughter and deep relatability. Please look forward to the synergy between the youths, created from their strong acting and unique personalities. Viewers will experience a different kind of laughter and fun from the first season.”

“Welcome to Waikiki 2” will be airing after “Radiant,” with its first episode on March 25 at 9:30 p.m. KST. The drama will be available on Viki!