Lee Dong Wook stops at nothing to protect Yoo In Na from harm in “Touch Your Heart.”

In the released photos, Kwon Jung Rok is in full watch-dog mode, as he stays by Oh Jin Shim’s side around the clock. Refusing to even change his clothes, he sleeps uncomfortably curled up next to her bedside. Another photo shows Kim Gyeon Woo as Lee Kang Joon, Oh Jin Shim’s stalker. He menacingly looks at her with hints of madness in his gaze. 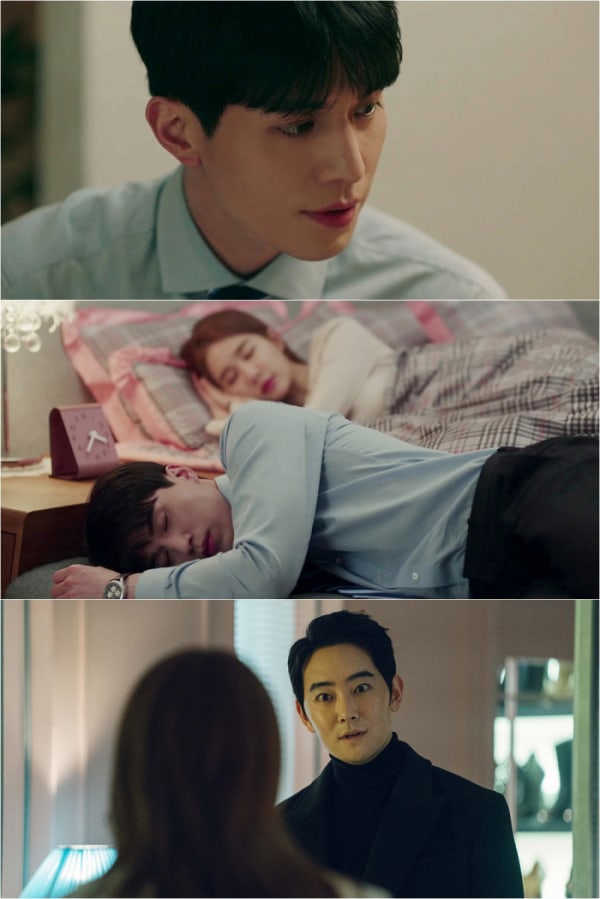 The production staff stated, “In the upcoming episode, Lee Dong Wook will struggle to save Yoo In Na from stalker Kim Gyeon Woo’s grasp. He will run towards her to save her from danger.”

Lee Dong Wook
Yoo In Na
Touch Your Heart
Kim Gyeon Woo
How does this article make you feel?