“He is Psychometric,” starring GOT7’s Park Jinyoung and Shin Ye Eun, is finally here, and the first two episodes of the drama made us want more and more! This “romantic comedy disguised as a thriller” airing Mondays and Tuesdays on tvN brought us a lot of suspense with a great storyline, so no wonder it got us all addicted already.

“He Is Psychometric” tells the story of Yi Ahn (played by Jinyoung), a teenage guy with psychometric powers – the ability to sense memories and feelings through touch. Yi Ahn developed his superpower after surviving a mysterious fire at an apartment building 11 years prior. Meanwhile, his fellow survivor Kang Sung Mo (played by Kim Kwon) has since become a prosecutor to find the person responsible for the accident. Yi Ahn also meets Yoon Jae In (played by Shin Ye Eun), a new transfer student at his school, but the girl is hiding a dark secret as well.

Stay here if you want to know what we loved most about the premiere!

Warning: Spoilers for episodes 1 and 2 below.

It’s fair to say that Yi Ahn is not the good teenage son most mothers dream of. He is full of trouble and sass, but we can’t help but fall for his charm. Under all his confidence and playful acts, the boy is vulnerable, and after getting a glimpse of his backstory, all we want to do is put a blanket around him to protect him. Jinyoung plays both sides of the character perfectly, portraying every emotion with his face and showing us a side of him we haven’t seen before. It was high time for him to become the main lead in a drama and I’m sure we will see more of his talent while watching “He Is Psychometric.”

The absolutely gripping characters from the start

It’s so easy to sympathize with the characters of this drama as we get to know parts of their back story pretty early in the episodes! Their interactions and relationships tell us a lot already and it’s not easy to say who is the most lovable so far: Yoon Jae In with her painful memories but fierce personality, Kang Sung Mo with his natural charm (thank you Kim Kwon, really), or our spirited detective Eun Ji Soo (played by Dasom). All three actors deliver their roles without flaws so far, and with the way the drama tells the story of these characters, we’re impatient to see more of their past and present! 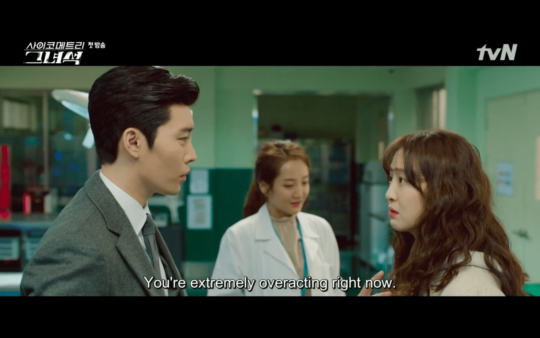 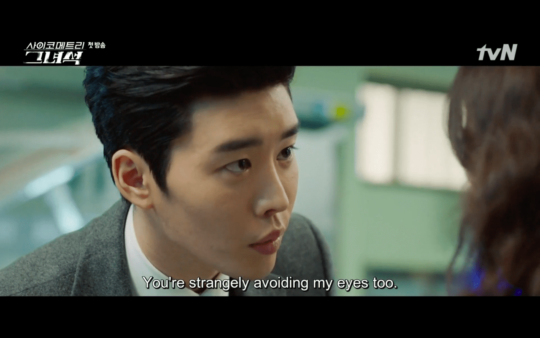 The suspense in the storyline

The drama is advertised as a “romantic comedy disguised as a thriller” and we got the thriller part right from the start! The story is built around two fire cases – one 11 years earlier in an apartment building and one case in the present that has to be solved by the police department where Kang Sung Mo and Eun Ji Soo work at. Yi Ahn’s parents were victims of the fire in the past and the only reason why the boy survived was because of the helping hands of his Sung Mo hyung. Are the two cases connected somehow? We don’t know yet for sure, but there is definitely something suspicious! The plot is intriguing from the start and the viewers will get involved in this story in no time, as we all want to know is what happened in the fire that shaped the lives of our main characters. 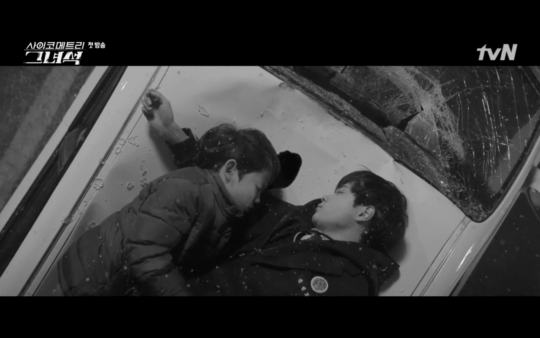 We can’t help but love the way the actors build up their relationships with each other! The budding relationship between Yi Ahn and Jae In is just so much fun to watch – from hating each other because of a misunderstanding to finding out the other’s good qualities and becoming allies. It’s heartwarming to see and there’s definitely more to come based on the chemistry between the two! It’s also worth mentioning the sibling-like relationship between Yi Ahn and Sung Mo: both characters show so much love and care for each other that it makes us want to have a cool older brother figure in our lives!

You don’t want to miss out on the soundtrack of the drama, either. Jinyoung’s fellow GOT7 members JB and Yugyeom are promoting as the new unit Jus2, and their song plays at the ending credits of the first episode. “Take” is a song I wouldn’t mind listening to during road trips on sunny afternoons. It’s lovely to see Jinyoung being supported by his members and we can’t wait to hear the full OST for “He Is Psychometric”!

Catch the first episode of the drama:

Have you started watching “He Is Psychometric”? And if so, which character did you fall in love with first? Tell us in the comments below!

When she’s not studying or working, fanniberger spends her time obsessing over K-pop groups and drinking way too much bubble tea. She’s currently jamming to NCT, SEVENTEEN, and VIXX songs non-stop. Say hi to her on Twitter and Instagram!

GOT7
Soompi Spotlight
Kim Kwon
Dasom
Jinyoung (GOT7)
Shin Ye Eun
He is Psychometric
How does this article make you feel?