Namgoong Min and Kim Byung Chul are ready to tear each other apart for “Doctor Prisoner.”

“Doctor Prisoner” is about a doctor who is forced to resign from his position in a hospital due to untrue allegations. He decides to work in the medical ward of a prison in order to gain connections with criminals and bigwigs, in order to exact his revenge.

Namgoong Min plays Na Yi Je, a genius doctor who was ousted from Tae Kang Hospital and ends up applying for the position of the head of the infirmary at a prison. Kim Byung Chul is Seon Min Sik, the current head of the infirmary who opposes Na Yi Je. Choi Won Young plays Lee Jae Joon, the first in line to succeed Tae Kang Group.

In the first set of photos, Namgoong Min is immersed into his role as a surgeon. He quickly yet thoroughly scans the patient before the surgery, and begins to cut. He works swiftly and coordinates perfectly with the nurses, absorbed in the surgery. However, one odd touch is that his scrub cap reads “Ha Eun Hospital,” not “Tae Kang Hospital,” meaning he is not operating at his place of work. Kim Byung Chul looks enraged and wary as he watches him operate. 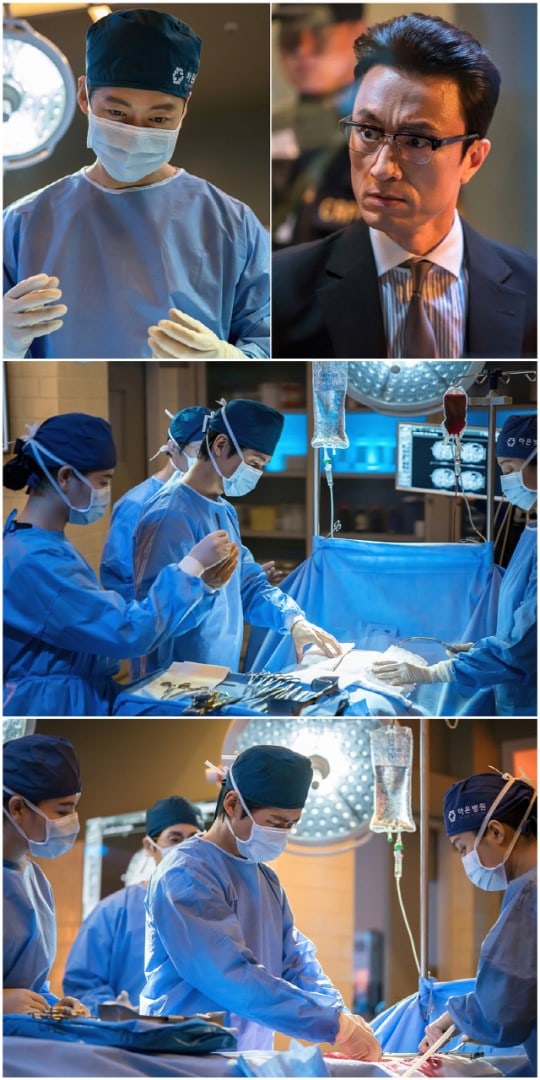 It was reported that before filming this scene, Namgoong Min consulted with a real surgery department, and learned the angle which to cut into a dummy with a scalpel as well as how to suture. When filming began, the surgery consultant praised the actor saying, “It feels like I’m really watching a surgery.”

In the second set of photos, the three meet for the first time. They all wear suits and their attitudes show that this meeting is important, as though they are making some kind of big business deal. Namgoong Min and Kim Byung Chul sit across from each other, with Choi Won Young sitting at the head of the table, indicating their rank.

Choi Won Young exudes a charisma, gazing at the others as though he could see all their secrets, while Namgoong Min gives a carefree smile. On the other hand, Kim Byung Chul’s looks unhappy, as though things are not going his way. Namgoong Min also gives a very deep bow while shaking hands with Choi Won Young. 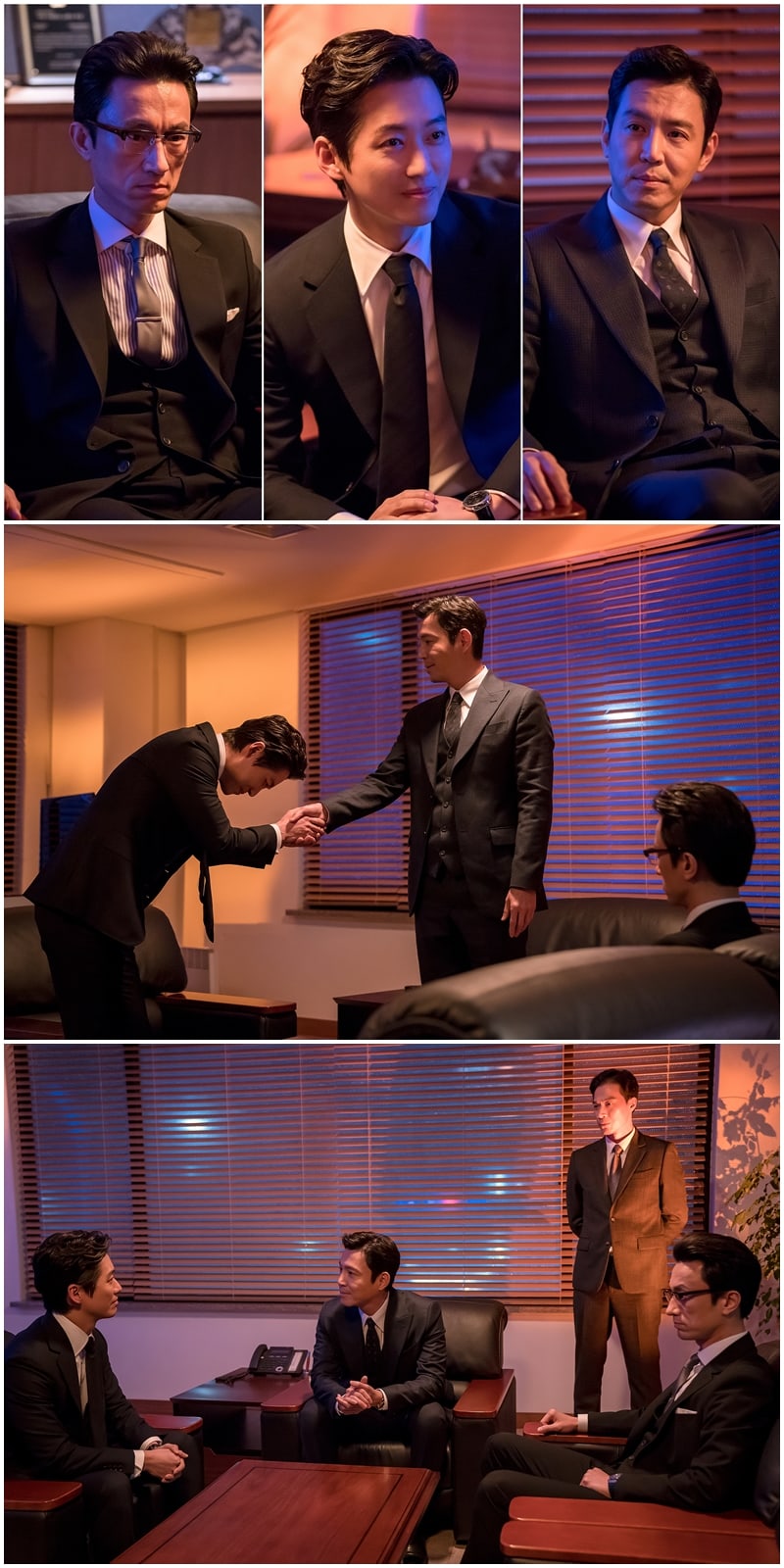 The production staff stated, “With this three-party meeting, the intense battle between Namgoong Min and Kim Byung Chul escalates to another level. Choi Won Young will act as a kind of dealmaker between the two. Please look forward to the first episode where the three actors’ passionate acting will sweep through the drama.”

If you haven’t already, check out a teaser here!