Lai Kuanlin Reveals Wanna One’s Special Promise To Each Other

Lai Kuanlin revealed the promise Wanna One members made with each other.

On the March 14 episode of KBS 2TV’s “Happy Together,” Lai Kuanlin joined the cast as a special MC.

MC Yoo Jae Suk began by asking Lai Kuanlin about his thoughts on saying goodbye to the Wanna One members after the end of their promotions. “I have to be alone without the members, so I feel lonely,” replied Lai Kuanlin. “And I also felt anxious about the future. But in some way, the fact that we have gone separate ways now is to allow for us to meet again.”

Speaking about a discussion the Wanna One members had at their wrap party, Lai Kuanlin revealed, “Wanna One debuted on August 7, 2017, so we decided to leave our schedules empty and meet up every year on August 7. We also said that whoever breaks this promise has to retire from the entertainment industry on that day.”

He added, “The person who made the most amount of money that year will pay for the meal.” 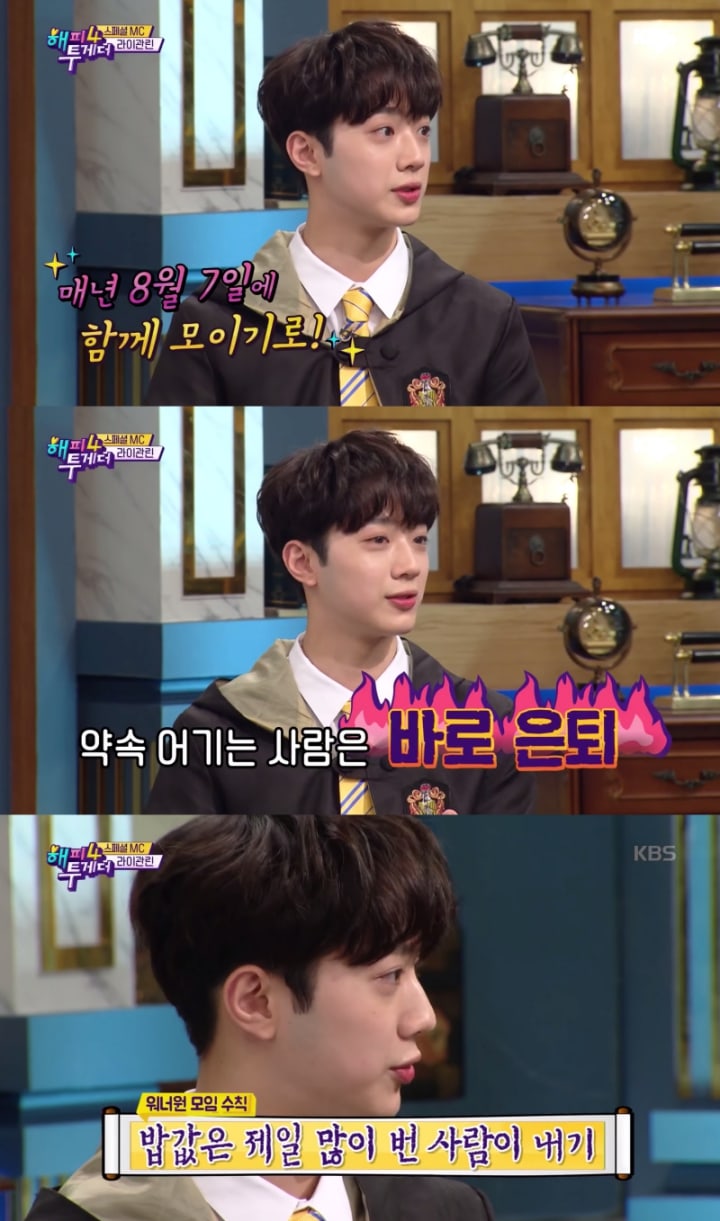 Watch a full episode of “Happy Together” below:

Wanna One
Happy Together
Lai Kuanlin
How does this article make you feel?