On March 15, Namgoong Min talked about his acting career on KBS’s “Entertainment Weekly.”

During the interview, Namgoong Min and the host looked back on the actor’s career spanning over 18 years. He debuted in 2001 through the film “Bungee Jumping of Their Own,” and Namgoong Min reminisced on those days as he stated, “It was a time when I didn’t know anything, so everything was fascinating.” 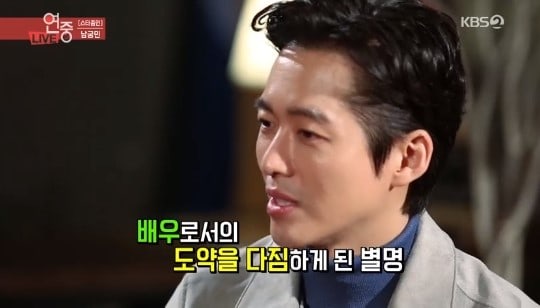 When asked about how he had been called “Little Bae Yong Joon” during those times, Namgoong Min remarked, “In a way, I liked it, but on the other hand, I also thought that I’d have to shed that image to really take off as an actor.” He then revealed that he underwent LASEK eye surgery at the suggestion of a director, saying, “While working on a project, the director suggested, ‘If you take off your glasses, you’ll have an image of your own, so how about taking them off?’ That’s how I came to take off [my glasses].” The actor then called himself a “first generation LASEK surgery [patient] in Korea” and commented, “It was so painful back then.” 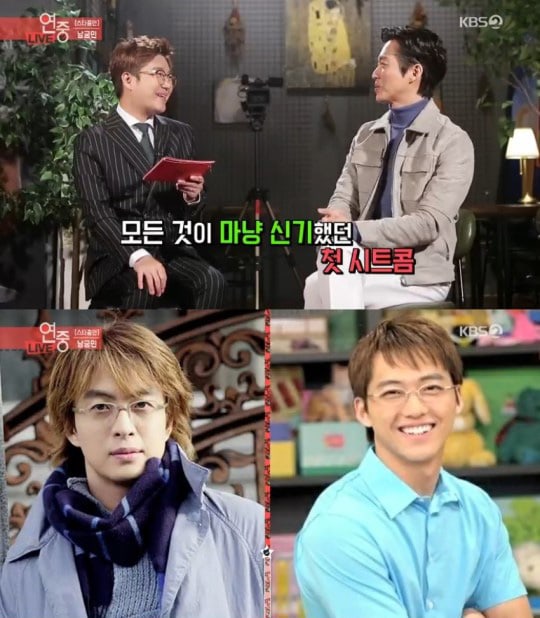 Namgoong Min then sent a message of support for Kim Sae Ron and SF9’s Chani, who starred as child actors in his drama “Listen to My Heart.”

Often called the “Kiss Master,” Namgoong Min later recalled his kissing scenes with actresses such as Sung Yuri and Lee Si Young, saying, “Kiss scenes are too difficult. I can’t see the image of myself kissing.” He then said, “In the early stages, I press [my lips], but [as time passes] my lips start moving.”

Check out last week’s episode of the show below!