On March 16, Choi Jong Hoon arrived at the Seoul Metropolitan Police Agency for questioning and stood before the press at 10 a.m. sharp KST.

When asked if the suspicions that he had spread videos of sexual activity were true, Choi Jong Hoon replied, “I’m sorry.”

However, when asked about the allegations that he had requested that the police cover up news of his drunk driving incident, he denied them with a simple “No.” He also denied that he had personally asked Yoo In Suk, the former CEO of Yuri Holdings, to do so for him. When asked to name the police officer who had sent him a text message on his birthday, Choi Jong Hoon replied, “I don’t know.”

Finally, when asked if he had anything he wanted to say to the victims, Choi Jong Hoon said again, “I’m sorry.” 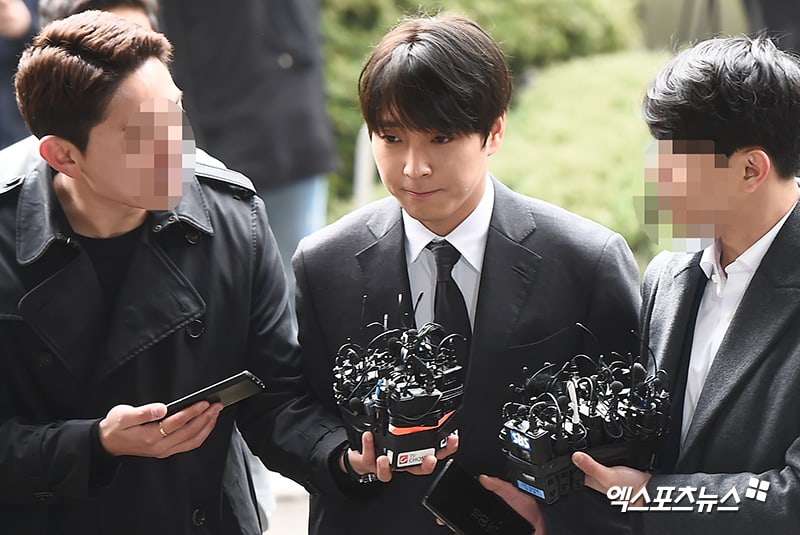 Earlier this week, Choi Jong Hoon was booked on suspicion of spreading illegally taken photos and videos after it was reported that he had shared a photo of a woman sleeping in a group chatroom. He has also fallen under suspicion of requesting that the police cover up news of his drunk driving incident, which only recently came to light, back in 2016.