SF9 made a surprise appearance on SBS’s “Running Man”!

On the March 17 episode, the cast members were asked to bring “things they aren’t really using, but can’t bear to throw away because they have value” for an “unboxing” race. They were tasked with either swapping or selling their items to gather as much money as possible for their final mission.

Ji Suk Jin brought flashy clothes that he had purchased but was unable to wear himself. He explained, “These are clothes I bought when I was trying to look cool, but the reactions from people around me weren’t good, so I’ve never been able to wear them.”

Alongwith his teammates Yang Se Chan and Song Ji Hyo, Ji Suk Jin then took these clothes and went to the set of a music show, where he ran into SF9. He told the boy group that he wanted to find a new owner for these clothes while showing each of the items one by one. 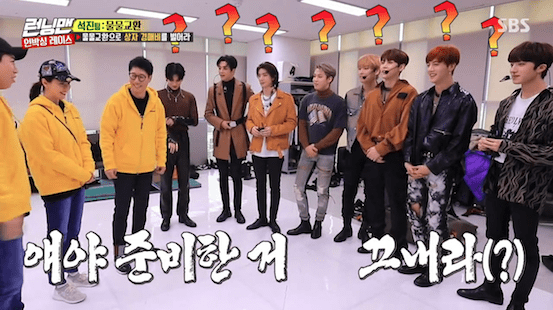 SF9’s Rowoon and Chani eventually agreed to at least try the clothes, wearing the comedian’s pants and jacket over their own stage outfits. The clothes looked completely different from when Ji Suk Jin wore them and took everyone by surprise.

Other “Running Man” members commented, “It really does look good. It’s so different. The clothes have now found their rightful owners. They look like cool stage costumes.” 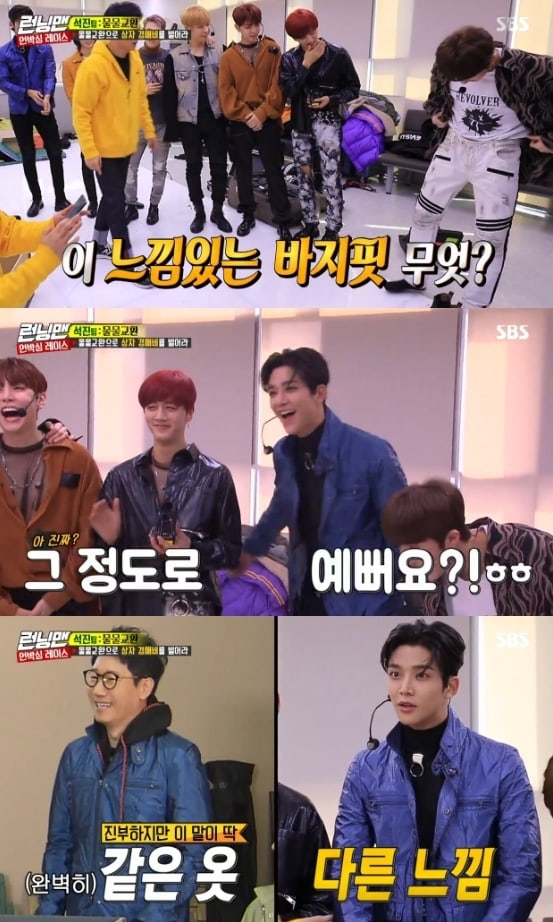 In exchange for the clothes, Rowoon and Chani gave the “Running Man” members a portable bluetooth speaker and small electric razor. SF9 also gifted them additional items including a small bottle of cologne and vitamins. 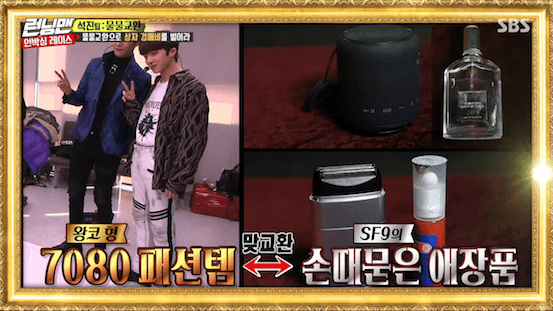