On the March 17 broadcast of SBS’s “Master in the House,” ITZY performed their debut track “DALLA DALLA” in front of the cast and Park Jin Young.

After the performance, the cast applauded and praised the girl group while Park Jin Young stood silently with a serious expression on his face.

He said, “You fixed a lot of the things we previously talked about, but there are still some things that need to be worked on. You’re still not putting your legs together.” Park Jin Young continued to give a detailed critique of their performance and the “Master in the House” cast commented, “I think you momentarily forgot that we’re filming a show.”

Lee Seung Gi then asked ITZY, “You recently debuted. What’s the most memorable thing Park Jin Young has said to you?”

ITZY’s Chaeryeong replied, “Honesty, sincerity, and humility. These are things that he emphasizes as necessities.” Yang Se Hyung said, “I feel like it’s the family motto of this place,” and the girl group agreed.

Lee Seung Gi stated, “It seems like one’s character is really important here,” and Park Jin Young explained, “Character and attitude are revealed over time as they train. But the people who trained here for a while and debuted are those who sincerely followed those rules.” 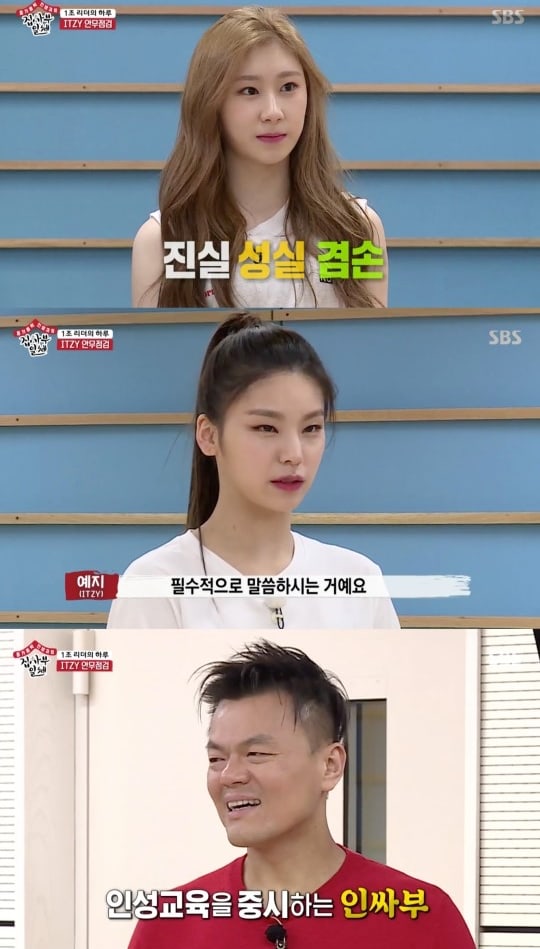 Watch a full episode of “Master in the House” below:

Park Jin Young
Master in the House
ITZY
How does this article make you feel?