On March 16, Tiffany held the last stop of her “Lips on Lips Showcase Tour: North America” at the Troubadour in Los Angeles.

During the concert, she introduced a special guest to the stage who turned out to be fellow Girls’ Generation member Sooyoung! Sooyoung walked up to the stage and gave Tiffany a warm hug and flowers.

Tiffany explained that Sunny could not come to the show because she fell ill, but said hello to the fans on her behalf. The two singers sat down for a chat, and Sooyoung looked visibly emotional. When Tiffany asked her why she was crying, Sooyoung replied that she cried as soon as Tiffany began the show.

Sooyoung told her that she wrote a message on the card with the flowers, and Tiffany read, “I’ll be the flower to your vase,” which are the lyrics to Tiffany’s B-side track “The Flower.” The two singers then sang Girls’ Generation’s debut track “Into the New World” with the audience, and Tiffany concluded the show with a message of gratitude to her fans and Sooyoung.

Sooyoung shared videos of Tiffany performing on stage as well as photos of her hanging out backstage and trying on the singer’s gloves in her Instagram Stories. 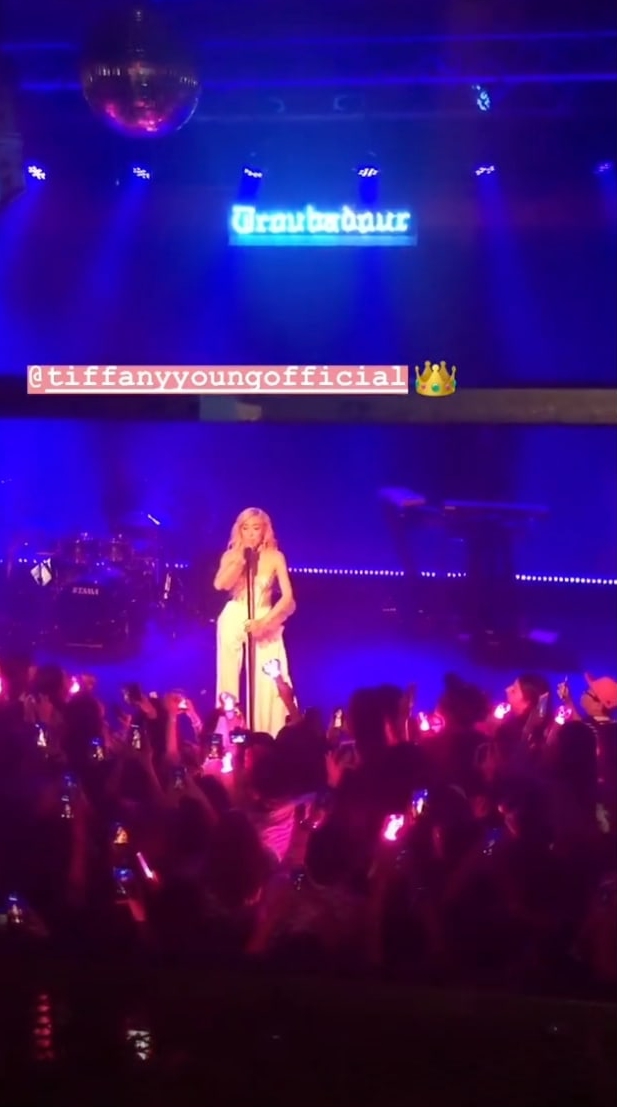 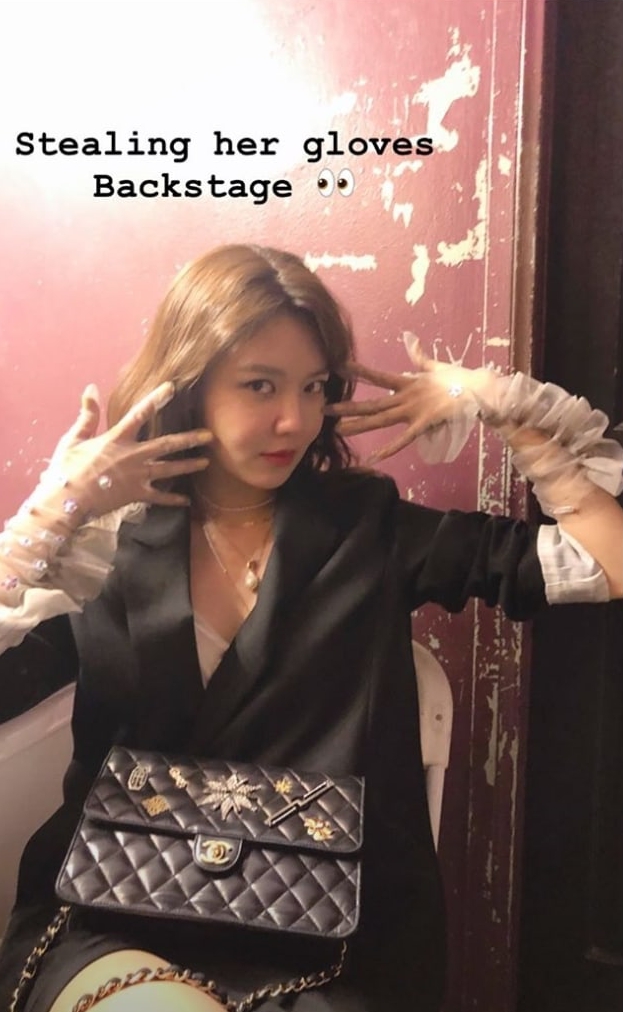 Check out some fan-taken videos from the show below:

Girls' Generation
Sooyoung
Tiffany
How does this article make you feel?