Watch: Park Jin Young Teaches “Master In The House” Cast How To Dance And How To Dream

On the March 17 episode of SBS’s “Master in the House,” Park Jin Young continued to educate the cast on various elements of his life.

In the episode, the cast took dance lessons from Park Jin Young, who told them that they could do any dance if they first mastered six basic rhythms. Lee Seung Gi was eager once he had learned that there was a “formula” to dancing, but Lee Sang Yoon looked dispirited because of his lack of physical coordination.

First, Park Jin Young shared that his new trainees at JYP Entertainment were not allowed to use their arms and legs when learning how to dance. They had to first master how to match their knees and upper body to the rhythm.

Although Lee Sang Yoon struggled as predicted, he managed to master the rhythm enough to get third place after Yook Sungjae and Lee Seung Gi. (Yang Se Hyung was demoted to last place after he added unnecessary flourishes and failed to master the basics.)

The next day, after showing the cast his house and his daily routine, Park Jin Young talked to them about the meaning of “dreams.” He said, “Dreams aren’t about ‘what you want to be,’ but ‘what do you want to live for.’ I want you to think about what kind of values you want to live by.”

He added, “In the past, I used to dream of success. I wanted to be successful in society. And I achieved that dream. People knew my name and clapped for me. But one day I realized that I felt empty and lonely. I decided that I need to look for the answer. If I couldn’t find the answer, then I would just live that way, but the most important thing was to try looking.”

He continued, “My dream changed to ‘respect.’ I want to be respected. What kind of books do you want to read? Is it enough to read the books of the famous, the rich, and the popular? No. You want to read books written by people you respect in some way. I decided I want to be a person who had a story that other people would be interested in listening to.

“The difference between success and respect is that success is measured only by results. But when it comes to respect, the process is equally important. You can get good results by cheating and lying and breaking the rules. That’s success, but it’s not respect. No one will listen to you if they don’t respect you. The important thing is not success, but how I live every day. That’s how people come to trust you. Now I no longer feel empty or lonely.” 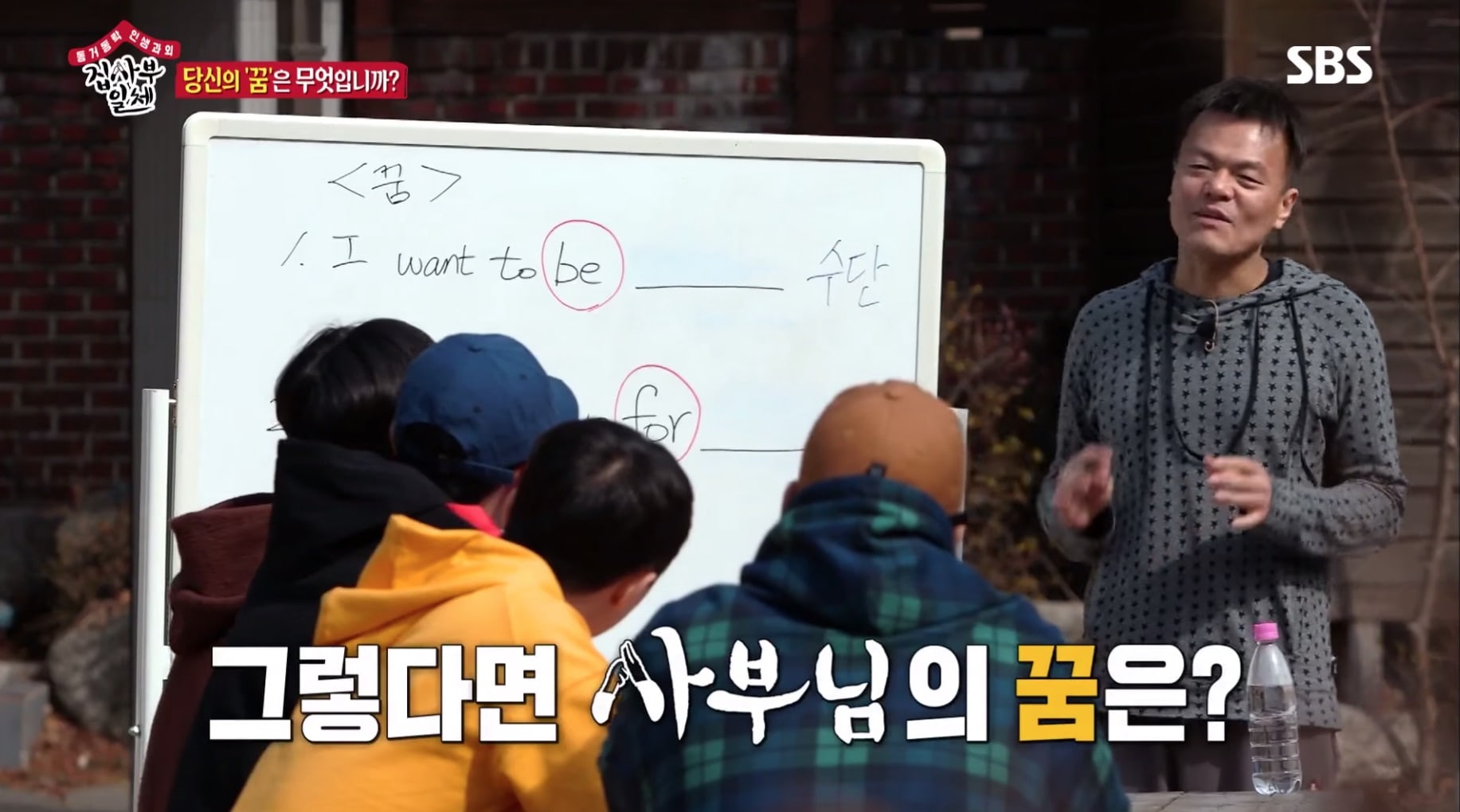 You can watch the latest episode of “Master in the House” on Viki below:

Park Jin Young
Master in the House
How does this article make you feel?