The first lineup has been released for the SBS “Inkigayo” Super Concert!

On March 18, it was revealed that BTS, MOMOLAND, IZ*ONE, N.Flying, and NATURE will be performing at the event.

This year’s SBS Super Concert will be held on April 28 at Gwangju World Cup Stadium in celebration of the upcoming FINA World Aquatics Championships, which will take place in Gwangju this summer. 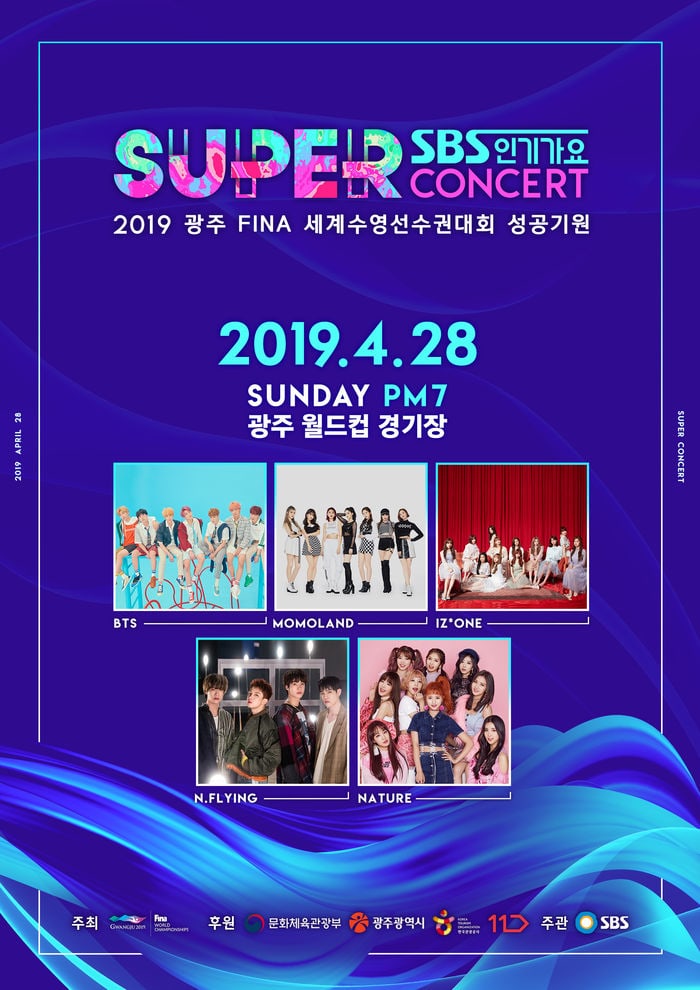 Ticket reservations for the free event will begin on March 22 at 5 p.m. KST via 11STREET.

BTS
MOMOLAND
N.Flying
Nature
Inkigayo
IZ*ONE
How does this article make you feel?