On MBC’s “Those Who Cross The Line,” the actress was asked about her ideal type, and she replied, “I don’t have anything like that, but I think a guy is handsome if he looks handsome in my eyes.” Yoo Byung Jae commented, “That’s what Lee Na Young said, but she married Won Bin.”

Moon Geun Young responded, “Then P.O. I think he has a nice smile, and he’s nice to people. I’ve only seen him on TV.” Then she sent him a video message, saying, “I will always support you.” 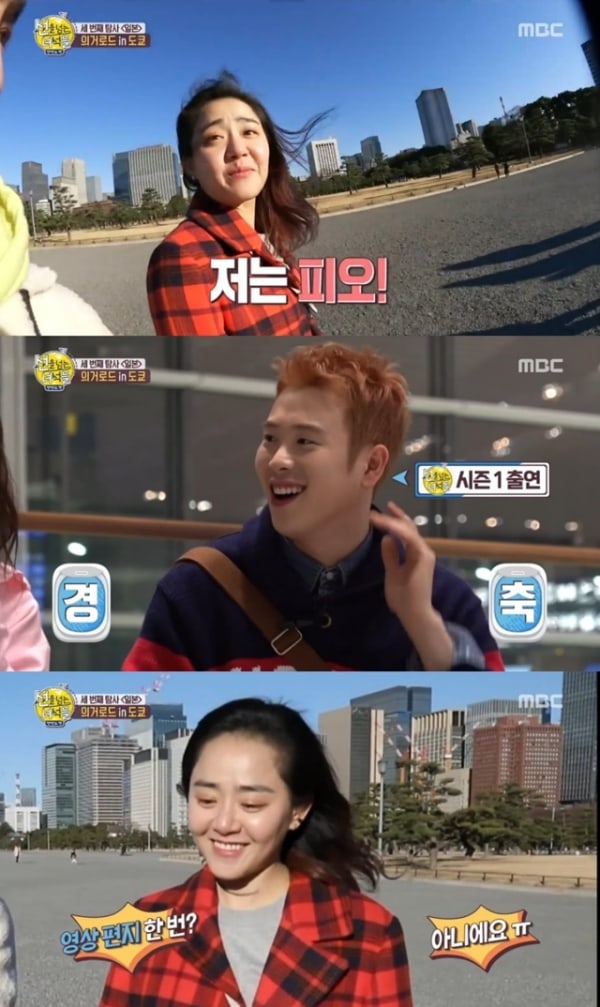 On March 18, when P.O appeared as a guest on “Hello Counselor,” Lee Young Ja mentioned that particular moment, and P.O became shy as he replied, “I actually saw that. I’ve never met her before. I was a fan of her ever since I was little. I’m grateful for her kind words.”

Both Moon Geun Young and P.O are in talks for tvN dramas, with the actress possibly joining “Catch Yoo Ryung” (literal title) and the idol considering “Hotel del Luna.” 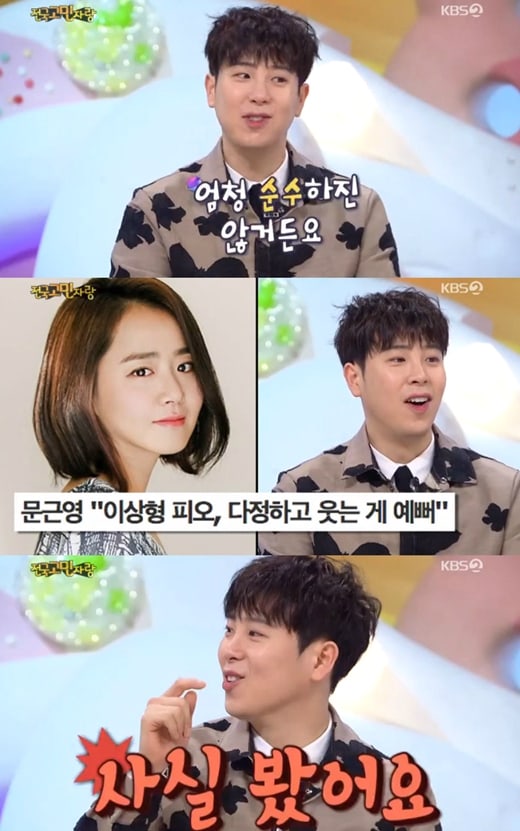 Block B
Hello Counselor
Moon Geun Young
P.O
How does this article make you feel?