March 18, actor Joo Won said hello to his fans in his first V Live since his discharge from military service on February 5.

Joo Won, who served as an assistant instructor in the White Skull unit after enlisting in May 2017, said, “It’s a little awkward saying hi after so long. It’s been two years.”

“I did well in the military, and I successfully completed my service. I missed everyone a lot. It’s fascinating how time goes by. Now that I’m out, I’m so much more thankful,” said Joo Won, who revealed that he’s preparing to jump right back into his career.

“I shot new profile photos today, and I’m looking for my next project. Thankfully, there are a lot of people who have sought me out. I’ve looked over a lot of scripts, and we’re in the middle of discussing them.”

Updating fans on what else he’s been up to, Joo Won revealed that he’s preparing for a fan meeting on April 27. He said he’s been taking time to hit the gym, and that he recently traveled to the island of Ko Samui in Thailand for a photo shoot, which will be released next month.

“I’m going to be busy from now on. I want to do musicals too. Today’s broadcast was just 15 minutes, but next time, it’ll be longer.” 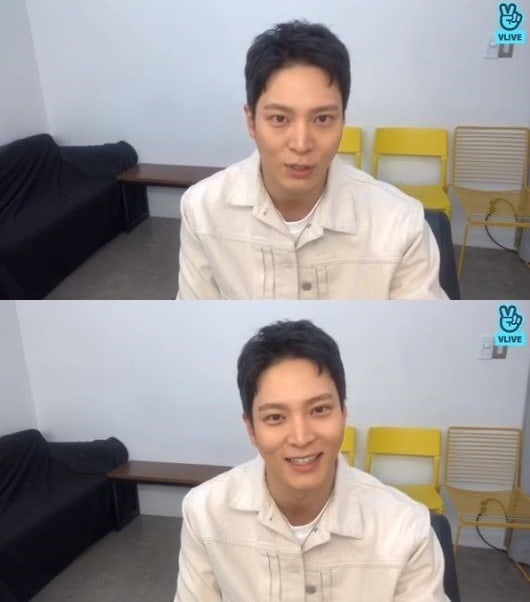