On March 19, MBC’s “Newsdesk” reported on the number of sick leave days that BIGBANG member T.O.P has taken.

T.O.P is currently fulfilling his mandatory military service as a public service worker at Yongsan District office. He works from Tuesday to Saturday, from 10 a.m. to 7 p.m. each day, with Sundays and Mondays off.

“Newsdesk” stated that they had looked at the calendar of T.O.P’s work days and found that there were many more days taken as sick leave than his peers, and that they were mostly scheduled before or after other days off. 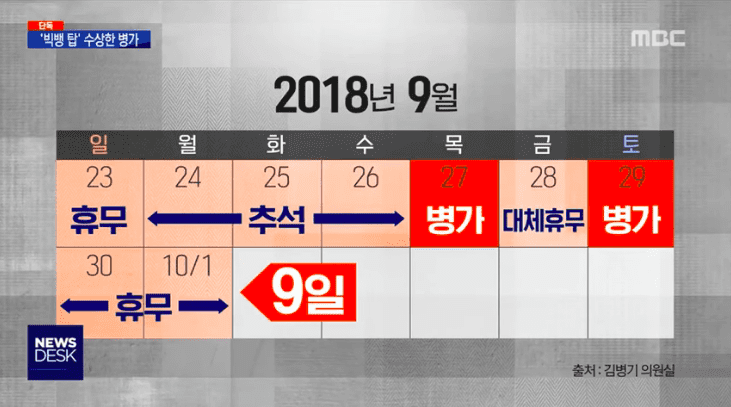 In addition, he took a day off before Memorial Day (June 6) as sick leave, reaching four days off in a row including his two usual days off on Sunday and Monday. 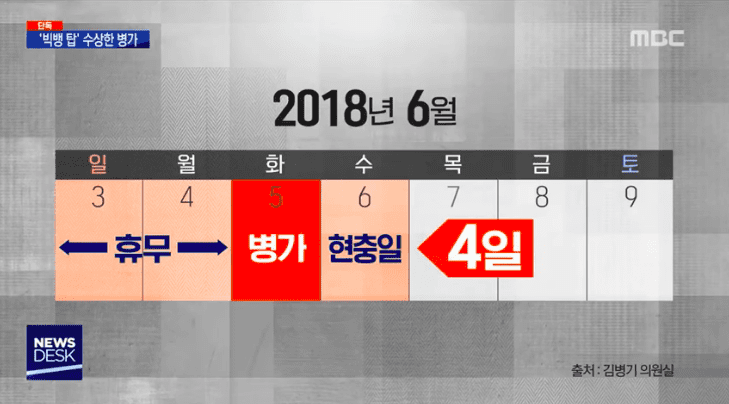 For both periods, “Newsdesk” reports that there were no medical reports submitted to explain the reason for his sick leave.

Other sick leave days were also mostly placed on Saturday or Tuesday (before or after his usual days off). Out of 19 days of sick leave, 15 of them were taken next to a usual day off. T.O.P is quoted by “Newsdesk” as saying, “It was because I had a panic disorder then, and I’m a bit ill.”

“Newsdesk” looked at the schedule of 226 other public service workers at Yongsan District office. They said that (excluding unavoidable cases such as those diagnosed with illnesses or in accidents) T.O.P had taken three times as many sick leave days as the average, and four times as many days that were next to vacation days.

The outlet checked with a dentist that T.O.P had received treatment from on a sick leave day to see if the time off had been unavoidable. The dentist was found to be open in the evenings until 9 p.m. on Thursdays for treatment.

“Newsdesk” reported that Yongsan District office has said that T.O.P is not receiving special treatment for being a celebrity.

YG Entertainment said in a call with the news outlet Hankook Ilbo, “T.O.P is currently doing alternative service, so there is no statement we can give from our agency. You’ll need to ask Yongsan District office.”