N.Flying Members Reveal What They Want To Do With Royalties From “Rooftop”

On the March 19 broadcast of JTBC’s “Idol Room,” N.Flying, who recently scored their first No. 1 hit with “Rooftop,” appeared as guests and talked about their achievement.

The group members were on the edge of their seats as they watched “Rooftop,” which was released in January, belatedly climb the charts. Yoo Hoe Seung said, “First, the ranking was in the 500s. Then it was pushed down to the 1000s. From there, it slowly started to make its way up, and it kept going. Daily life just disappeared. I checked the charts once every hour, and the days went by so quickly.” 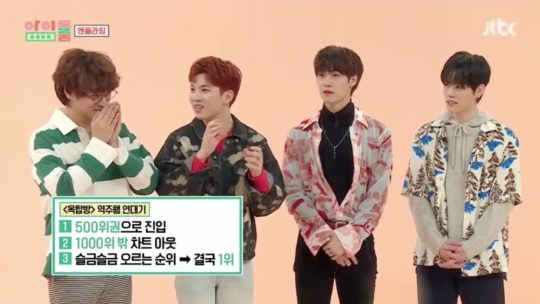 N.Flying leader Lee Seung Hyub, who wrote the song, said he has yet to receive royalties. Yoo Hoe Seung said, “[Lee Seung Hyub] hyung asked me completely seriously, ‘If I suddenly get a large deposit in my bank account, will the police call me?'”

When the money rolls in, Lee Seung Hyub said he hopes to get a personal music studio. However, Jung Hyung Don said, “You probably won’t get that much money. You have to lower your expectations.” The MC added that Lee Seung Hyub could definitely treat his members to something nice. Kim Jae Hyun said he wants to go on vacation, and the members started to express their excitement about a trip to Hawaii to Lee Seung Hyub, talking about their leader taking care of their plane tickets, lodging, food, and all their travel expenses. 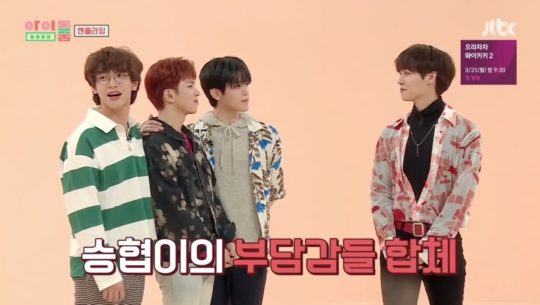 N.Flying
Lee Seung Hyub
Idol Room
How does this article make you feel?