In a report on the “Burning Sun Gate” controversy, the March 19 broadcast of SBS’s “Night of Real Entertainment” talked about the potential prison sentence that Choi Jong Hoon could receive.

The former FTISLAND member is currently under investigation for sharing illegal hidden camera footage of sexual acts as well as using connections to cover up a drunk driving incident from 2016. Choi Jong Hoon has admitted to driving drunk, although he denies having solicited a cover-up. 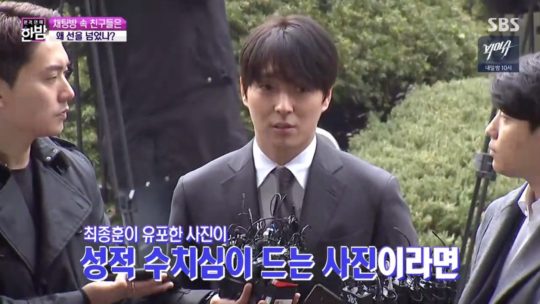 With regards to the footage, lawyer Kim Young Joo spoke to SBS and said, “In the case of Yong Junhyung and Lee Jong Hyun, neither of them personally filmed or distributed the footage, so they will not be subject to penalties.” The lawyer went on to explain that the sharing the footage is punishable by up to three years in prison, and if it turns out that Choi Jong Hoon also took footage himself, it will be punishable by up to five years. 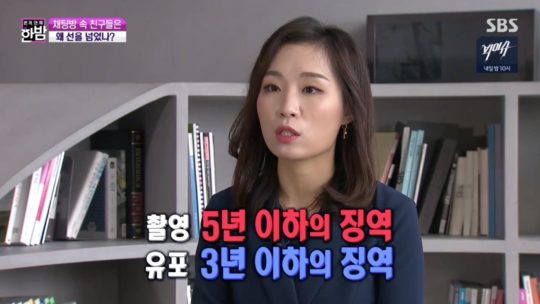 Yesterday, “Section TV” reported that Jung Joon Young’s sentence could be up to seven years and six months.

Choi Jong Hoon
E-news Exclusive
XPN
How does this article make you feel?