tvN’s “Abyss” shared a video as well as several photos from the drama’s script reading session!

“Abyss” is about a woman (Park Bo Young) and a man (Ahn Hyo Seop) who revive through a marble that revives souls, but both people are reincarnated with a completely different appearance. The fantasy drama follows the two as they set out to find their killers. The drama’s producing director (PD) Yoo Je Won previously worked with Park Bo Young through “Oh My Ghostess.”

PD Yoo Je Won and writer Moon Soo Yeon started off the script reading session saying, “We’re happy to be working with you, and we feel as reassured as ever.”

Park Bo Young plays Go Se Yeon, a charismatic prosecutor with beautiful looks who is reincarnated with a different face. She is an accomplished prosecutor at the Seoul Central District Prosecutors’ Office, and Park Bo Young will add her signature loveliness to the role.

Ahn Hyo Seop plays the not-so-attractive, but highly intelligent second generation chaebol Cha Min, who is reincarnated into a law firm administrator with perfect visuals. At the script reading, the actor skillfully portrayed the detailed emotions experienced by the character during the extraordinary accident that leads to his death and revival. 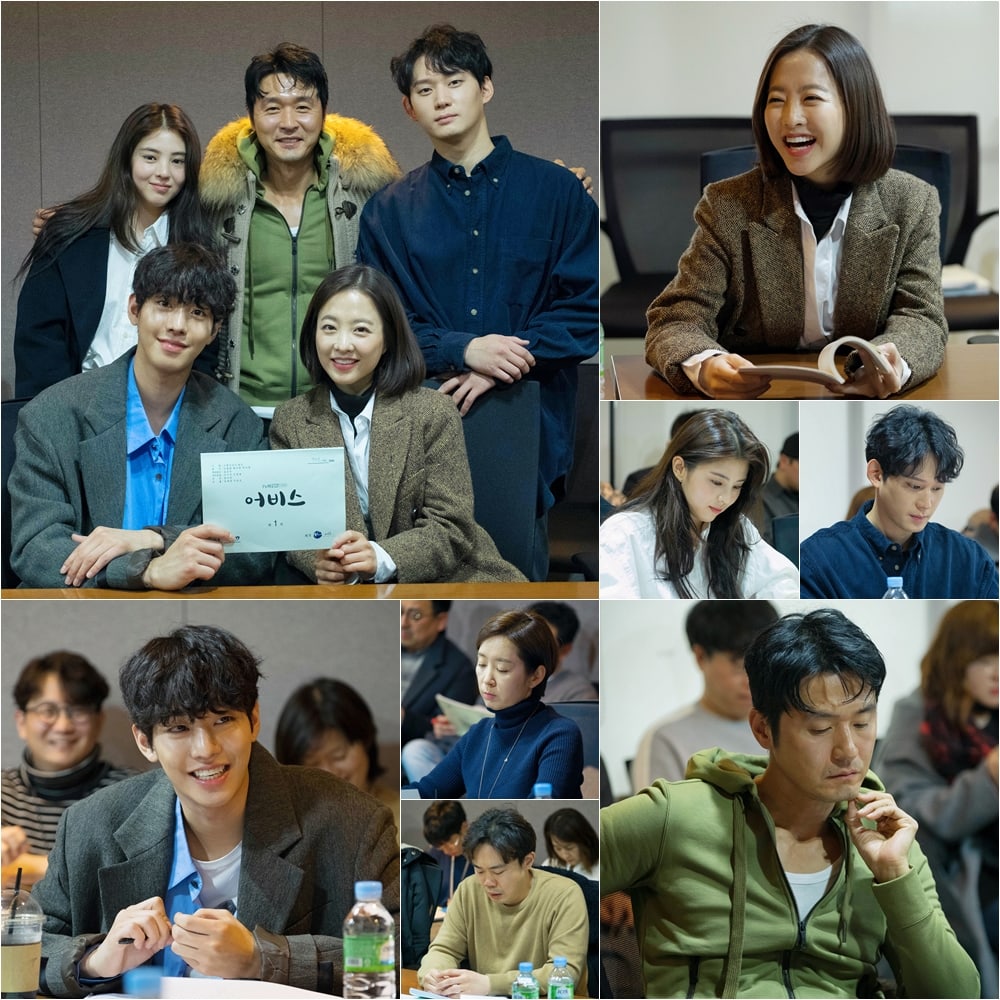 Asked about the reason she chose to star in “Abyss,” Park Bo Young explained, “The character’s story struck me as very novel, and while reading the script, I couldn’t help but become so, so curious about what would happen next. I also chose this drama because I was looking forward to finding out how I would be as Se Yeon.”

Ahn Hyo Seop shared his excitement about acting opposite Park Bo Young, saying, “When I first heard the news [that I would be acting opposite her], I couldn’t believe it because she’s everyone’s ideal type. I feel honored and thankful to be able to act with someone like her.”

The drama’s production team said, “Everyone at the script reading session was very focused, thanks to the actors’ diverse types of acting. The novel subject of a ‘soul-reviving marble’ and the unique topic of reviving with the appearance of your soul will be combined with hints of romantic comedy and thriller genres and give viewers something new to enjoy. We are confident that this drama will blow some energy into the beginning of May this year.”

Check out the actors at the script reading session below:

“Abyss” will begin airing as the follow-up to “He Is Psychometric” in May.

While you wait for “Abyss” to premiere, watch the latest episode of “He Is Psychometric” with English subtitles below!