“The fans probably wanted to see us together like this,” they commented. “We will make an official announcement at the end of March through social media.”

Lee Dae Hwi carefully added, “I had said that I would be back before the weather became too hot, and now our official [debut] date has been decided. I can’t tell you exactly when yet, but we will be debuting in May.”

Lim Young Min expressed, “The moment we have been waiting for came rather quickly. I hope you’re excited for May.”

“Many fans have waited for a long time, but so have we,” Lee Dae Hwi said. “We hope you look forward to it. I didn’t think we would be able to debut so soon, but we ended up preparing at a fast pace thanks to all the huge love you’ve shown us. 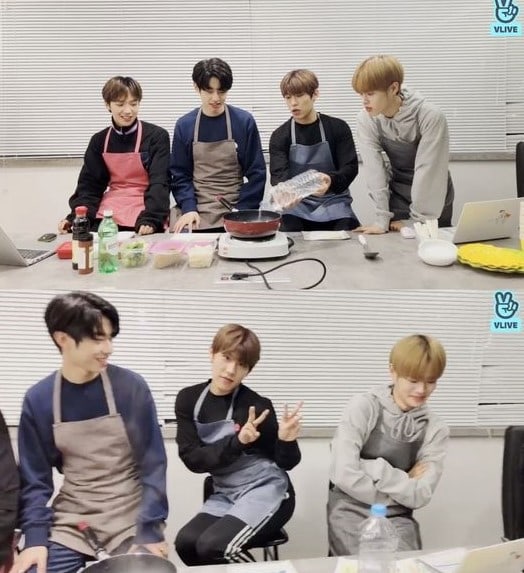 The four idols also shared their desire to take home a Rookie of the Year award, saying, “We want to work hard with a rookie mindset, show you good performances, and win a New Artist award that way. We’ve discussed this before while practicing. We will do our very best. We want to win all the New Artist awards, because it is an award from fans.”

Back in January, Brand New Music announced that they had established an exclusive team solely dedicated to preparing for and managing Brand New Boys’s full group debut. At the time, the agency’s CEO Rhymer stated, “We won’t make you wait for too long.”