JTBC4’s drama special “How to Hate You” (literal title) has released the official poster and new details!

The two-episode drama is based on a popular webtoon of the same name and features the complicated relationships of four college freshmen who are in between friendship and romance.

NCT’s Jaemin plays Han Dae Kang, who can appear to have a cold personality but is actually warm and caring. Kim Ji In will take on the role of Oh Mi Ri, who is stuck between her crush and best friend. Lee Jong Won is Go Eun Tae, who is Oh Mi Ri’s crush, and Kim Yoo Jin plays Oh Mi Ri’s best friend and Go Eun Tae’s girlfriend Lee Da Som.

Short phrases are written next to each character on the poster. Kim Ji In’s phrase reads, “I will try to hate you somehow,” while Jaemin’s says, “We can pretend to date.”

Lee Jong Won’s line reads, “I will promise destiny,” and Kim Yoo Jin’s reads, “My ideal type that I met in Florence!” 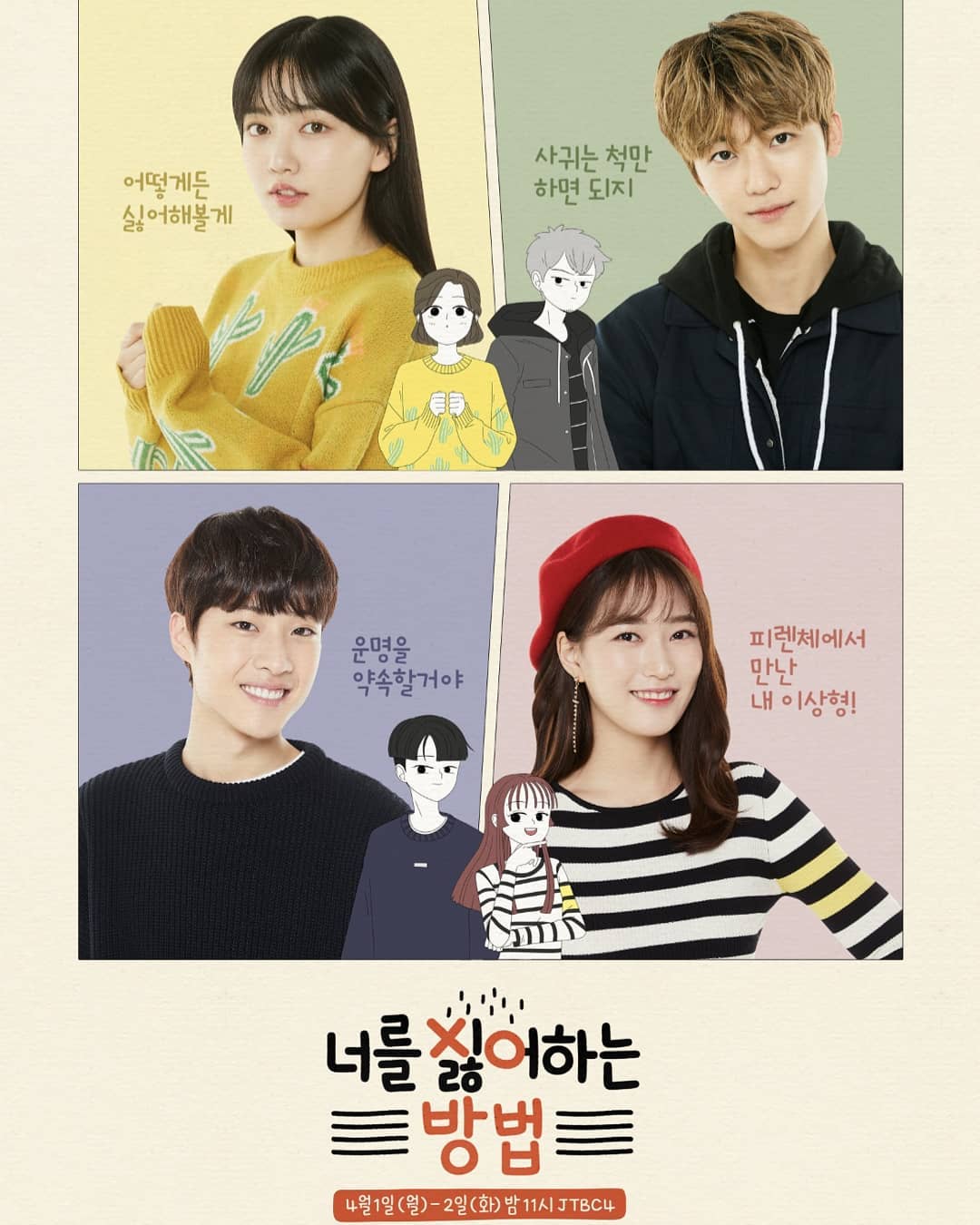 The drama production team commented, “Thanks to the four actors who show synergy like long-time friends on set, they completed filming in a bright atmosphere.”