On March 21, MAMAMOO’s Hwasa made an appearance on SBS’s variety show “We Will Channel You.”

During the episode, the idol talked frankly about her love life. She mentioned her song “Twit” and explained, “I just wrote down my thoughts. There was this guy I loved. He gave me a lot of love, and it was so pure. But as time went on, while I was working, I became distant from him. So I wondered, ‘Why are you only breathing for me? You’re a fool.’ But it turned out I was the fool.” 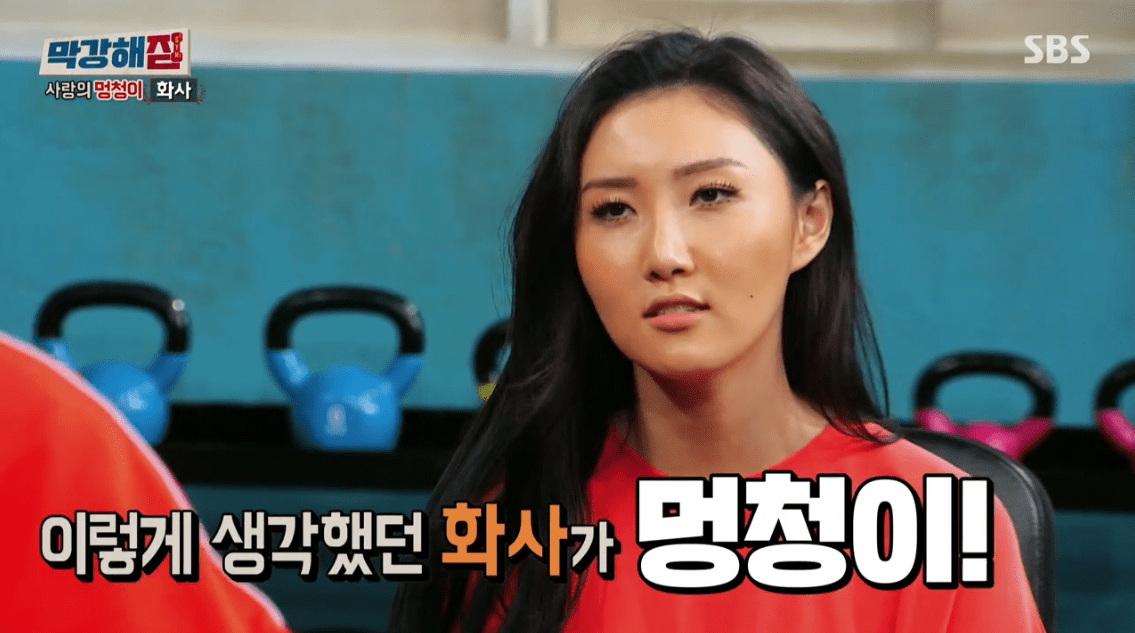 Hwasa tried to connect the meaning of “Twit” to her parents’ love, but Kang Ho Dong cut her off, saying it was unnecessary to bring them into this and insisting she focus on her love life. Then he asked how many “fools” there were in her life, and she frankly replied, “There was one. He was my first and last man.”

Hwasa continued, “We first met in winter. I followed him around for a year, but he refused me. Then after we started dating, he fell for me.”

She said, “It was a love story in Seoul. If I wanted to eat something, he would bring it to me, even if it was 5 a.m. Even if he was sleeping, he would come to me. He was so consistent. I thought that’s what all the men in the world were like.” Kang Ho Dong commented, “Because he’s also made it as a celebrity.” Hwasa nodded before realizing what Kang Ho Dong had said, and said that he isn’t a celebrity.

Kang Hong Dong asked if she had been asked out by a celebrity before, and Hwasa hesitated before saying, “I’m really blind about those things. I don’t really talk to guys. I just want the guy to be honest about his feelings for me. If he hides them, it means he doesn’t want to get caught. I’m the same way. If I don’t say anything, that means I don’t want to be caught. Even though I may notice their feelings, I pretend not to.”

Then Hwasa shared her ideal type. She said, “When I was younger, I liked someone who was gentle. However, that’s just a fantasy. Now I like naive men. That’s what my dad is like. He has no greed, and he’s very naive. He loves me the way I am, and he likes to share.” 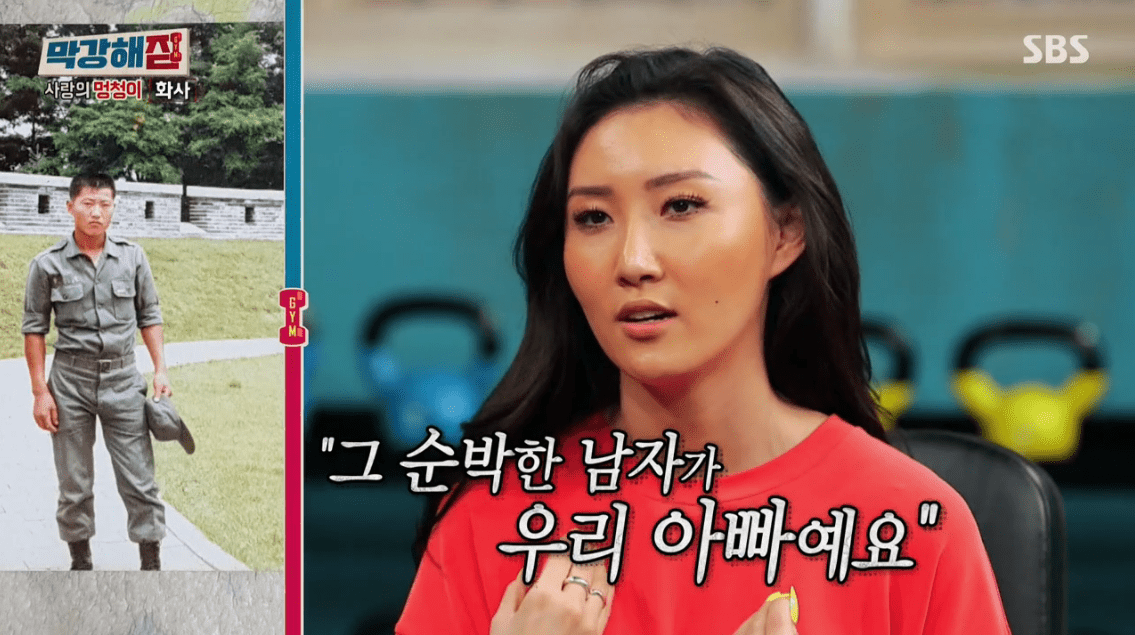 MAMAMOO
Hwasa
We Will Channel You
How does this article make you feel?