“Angel’s Last Mission: Love” will follow the love story between an angel and a ballerina. L will star as the accident-prone and optimistic angel Dan, and Shin Hye Sun will take on the role of Lee Yeon Seo, a privileged heiress who is forced to give up her dream of becoming a dancer after losing her eyesight in an accident. 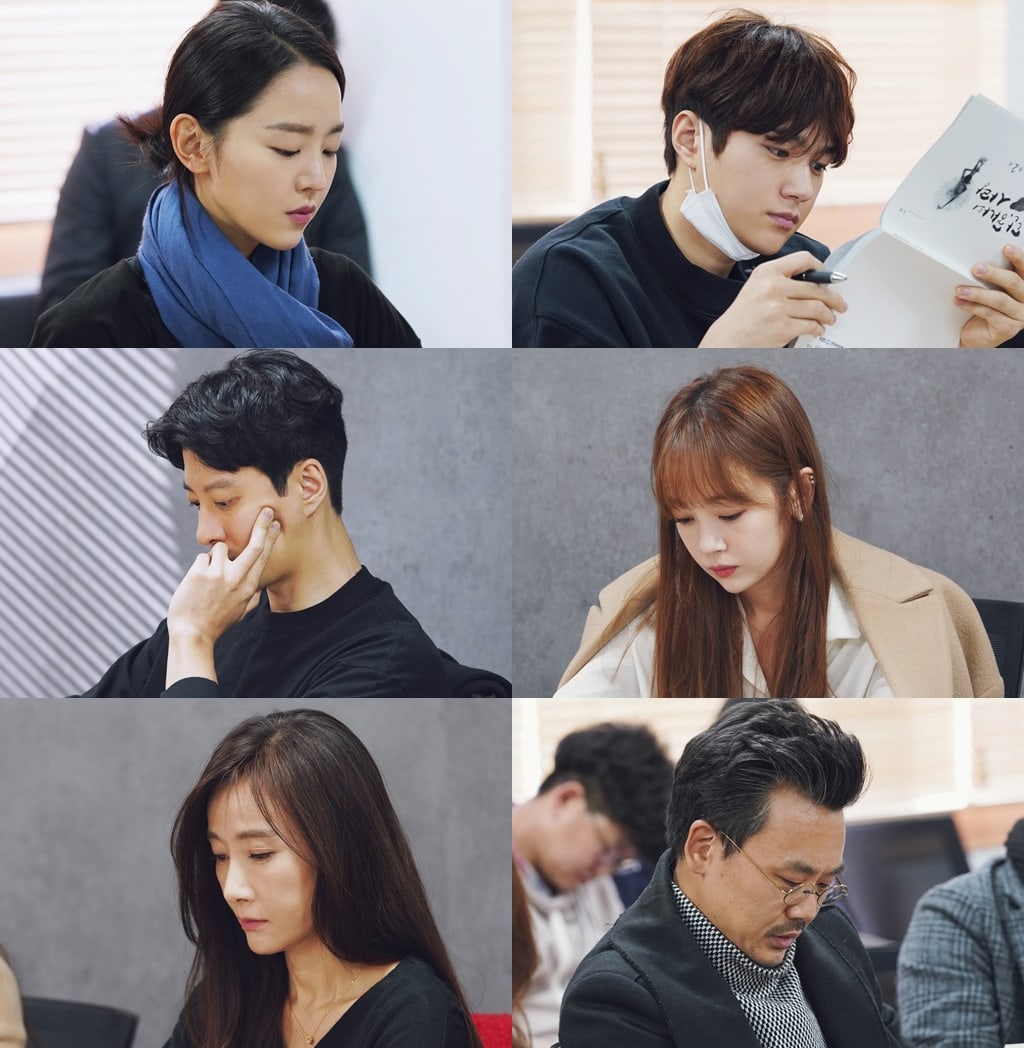 Shin Hye Sun portrayed her arrogant ballerina character Lee Yeon Seo in her own unique way and immersed herself into the role during the script reading. L warmed up the building as he stood up from his seat to act as Kim Dan. His energetic acting gave life to the odd angel character.

The two actors were able to act out the scene in which Lee Yeon Seo and Dan meet for the first time. Viewers are wondering how they will portray the spitfire ballerina and curious angel through the drama.

Lee Dong Gun was filled with charisma as he acted out his role as Ji Kang Woo, an art director at a ballet company. With his sturdy acting abilities, he portrayed Ji Kang Woo’s identity as an artist and his unique ability to recognize dancers’ potential. Kim Bo Mi, who is a former dancer, drew attention for playing Geum Nana, a ballerina who poses as a threat to Lee Yeon Seo.

Do Ji Won joined the script reading as Choi Young Ja, the leader of the ballet company. Choi Young Ja is a character filled with ambition, and she is willing to do anything for the success of her company. Kim In Kwon will appear as a senior angel to L’s character, and the two are expected to show off their senior-junior chemistry.

Former and current ballerinas joined the script reading to help prepare for the drama as well. Choi Soon Jin, a modern dancer from “Dancing 9,” also joined the drama as its choreography director and is expected to lead the beautiful performances in “Angel’s Last Mission: Love.”

After four hours of reading lines, the actors were able to become familiar with each other, and the director led them with his detailed directing.

“Angel’s Last Mission: Love” is scheduled to premiere on May 15.