In a recent interview with Newsen, Nam Joo Hyuk spoke about his latest drama “Radiant.”

The actor starred in the JTBC drama as Joon Ha, and the show wrapped up on March 19 with Nam Joo Hyuk earning high praise for his acting. “Radiant” came to a close with the top ratings in its time slot, earning its highest ratings during its finale and setting a new record for JTBC Monday-Tuesday dramas.

After being immersed for a long time in a role, it’s natural for an actor to be influenced by it. Nam Joo Hyuk said with a laugh, “Before I did this drama, I’d never heard someone say before that I had a sad look in my eyes. There was a time during filming when I went to the airport because I had to go overseas, but the people around me saw the photos from then and asked me, ‘Why do your eyes look so sad?'”

“After filming ended, I haven’t had any struggles,” he said. “I tried to let go of it quickly, and when we were filming I tried hard to focus on it.” 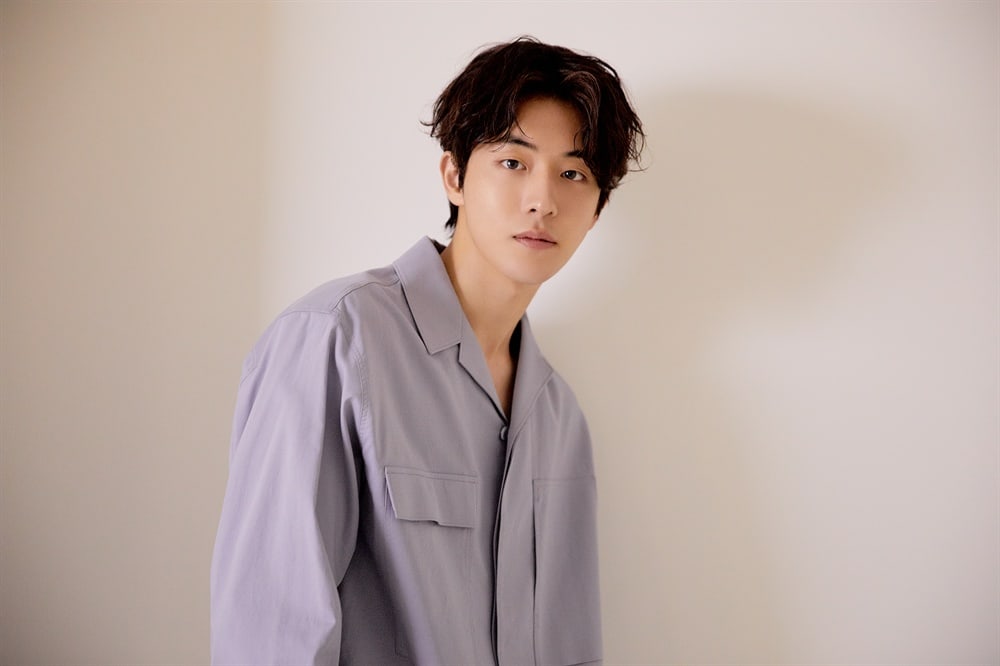 “Radiant” was a drama that made viewers both cry and laugh. Cast members such as Kim Hye Ja, Han Ji Min, and Nam Joo Hyuk seemed to be in charge of the sad scenes, while actors including Son Ho Jun played comedic roles that made viewers laugh.

When the interviewer mentioned to Nam Joo Hyuk that he must have laughed while watching Son Ho Jun act, Nam Joo Hyuk replied, “I think I didn’t film with Ho Jun more than a few times. I was filming the sad parts, and Ho Jun was filming the really funny parts. When we did a press conference, Ho Jun said ‘It’s such a funny drama’ while I said ‘It’s such a sad drama.’ I understood once I saw the show.” He joked, “We asked each other, ‘Why is it so sad?’ and ‘Why is it so funny?'”