The rankings were determined through an analysis of the consumer participation, media coverage, interaction, and community awareness indexes of 987 idols, using big data collected from February 22 to March 23.

BTS’s Jimin topped the list for the second consecutive month, enjoying an impressive 47.67 percent increase in his score since February. The idol scored a total brand reputation index of 13,776,797 for March.

Kang Daniel also maintained his position at second place in the rankings this month. His total brand reputation index came out to 10,466,908 for March, marking a 25.69 percent increase in his score since last month.

HOTSHOT’s Ha Sung Woon rose to third place on the list this month with a brand reputation index of 9,438,569, marking a staggering 155.01 percent increase in his score since February.

Finally, BTS’s V and Jungkook rounded out the top five at fourth and fifth places respectively. 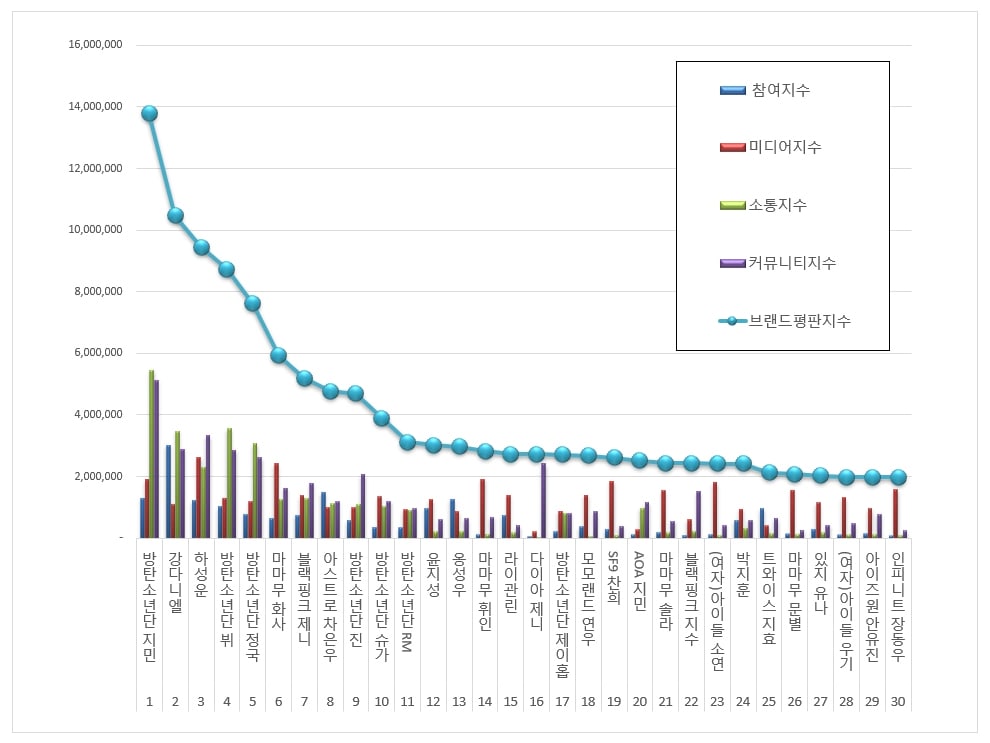