Lee Je Hoon and Ryu Jun Yeol talked about their careers and passion for acting.

During the most recent episode of JTBC’s “Traveler,” Lee Je Hoon and Ryu Jun Yeol continued their journey in Cuba. The two actors left Havana and headed for Playa Giron. Lee Je Hoon eagerly commented, “I’ve never seen the night sky since I came to Cuba,” and Ryu Jun Yeol added, ” You can really see the stars.”

While traveling to their destination, Lee Je Hoon recalled his past trip to New York, saying, “Korea has so many multiplex theaters, but New York City shows a variety of old movies on a projector. I really like the taste of watching movies with that projector, and it’s classic.”

Then he continued, “I hope it’ll be worth watching my productions after 10, 20, and 30 years. Every time I film, I think the last one I did is the best one.”

Lee Je Hoon shared, “When I first debuted, I was like a blank sheet of paper. However, the more I filmed and brought out my skills, I felt like I had nothing more to do. The more you act, the harder it gets.”

Ryu Jun Yeol responded, “I haven’t been acting for a long time, but I have a life that I’ve built up until the age of 34. My life was concentrated, and the more I did my work, the more I felt like I was writing out my life experience. As I did a lot of work later, I was confused because I didn’t have anything to write out.”

Then he added, “I thought my limitations would show if this continued. But while traveling or having other experiences, I get a lot of new inspiration. When that happens, it feels like a void is being filled.”

Lee Je Hoon said, “It’s important to gain new experiences while taking time off, but I don’t have any special hobbies. When I watch a good movie during hard times, passion suddenly burns in my heart. I feel like I’m gaining experiences while watching movies.” 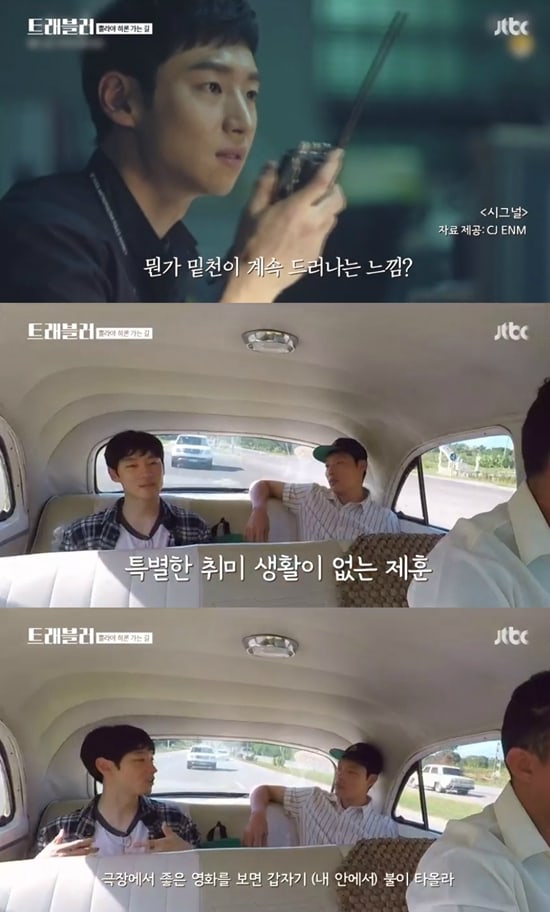