Just hours ahead of its premiere, tvN’s weekend drama “Confession” released stills of 2PM’s Junho involved in a murder case.

“Confession” is a new crime investigation drama about people attempting to uncover veiled truths that are hidden behind the law of double jeopardy. Junho will star as Choi Do Hyun, a man who ends up becoming a lawyer in the hopes of saving his convicted father from the death penalty, while Yoo Jae Myung will star as Ki Choon Ho, a former detective who refuses to accept a verdict from five years earlier.

In the newly released stills, Junho can be seen working as a lawyer for Ryu Kyung Soo (who plays Han Jong Koo). Ryu Kyung Soo is a suspect in a rare murder case from five years ago and once again becomes cited as a prime suspect after the same crime was committed five years later. Junho will struggle to find a clue to his client’s innocence amid numerous evidence pointing to him as the culprit.

This case will be the trigger for the “truth-tracking” with Yoo Jae Myung (who plays Ki Choon Ho), Shin Hyun Bin (who plays Ha Yoo Ri), and Nam Gi Ae (who plays Madame Jin). Junho will be at the center of a tangled scandal and figures in his defense for Ryu Kyung Soo. Expectations are already high for the start of the crime investigation drama. 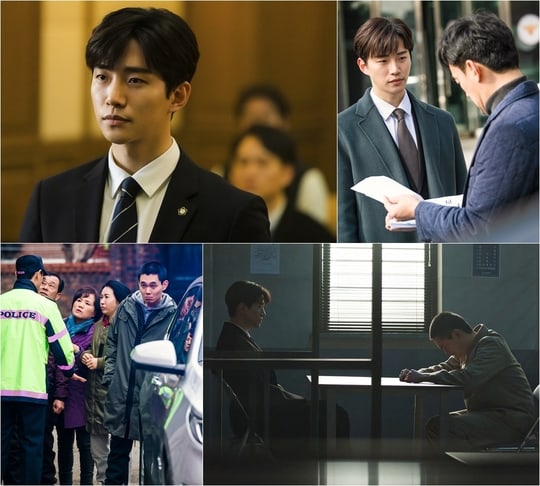 Director Kim Cheol Kyu said in an earlier interview, “‘Confession’ takes on a complex story structure in which numerous characters engage in an enormous number of events and collide. Their basic design is an interesting piece of work that eventually connects all of them and becomes a story.” This raises the question of what truth is behind the “two murders” that will open the curtain on the huge event that “Confession” will present and what kind of event the incident will touch.

The first episode of “Confession” will air on March 23 at 9 p.m. KST. In the meantime, check out the highlight reel for the upcoming drama here!

2PM
Lee Junho
Confession
How does this article make you feel?