On March 23, “Money” surpassed 1 million moviegoers on the fourth day since its premiere on March 20. According to the Korean Film Council, the movie surpassed 1,000,008 moviegoers at 7 p.m. KST.

“Money” is based on a novel of the same title and tells the story of rookie broker Il Hyun (played by Ryu Jun Yeol) who wanted to become rich with lots of money. He meets a mysterious stock market scammer named Beon Ho Pyo (played by Yoo Ji Tae), and he finds himself swept up in a plan involving an enormous amount of money.

The film attracted 165,833 people on the first day, 170,844 people on the second day, and 214,518 people on the third day of its screening. Thanks to the early special screening in some theaters (for paying customers) on the weekend of March 16-17 before its premiere, the film was able to surpass 1 million moviegoers in a short amount of time. 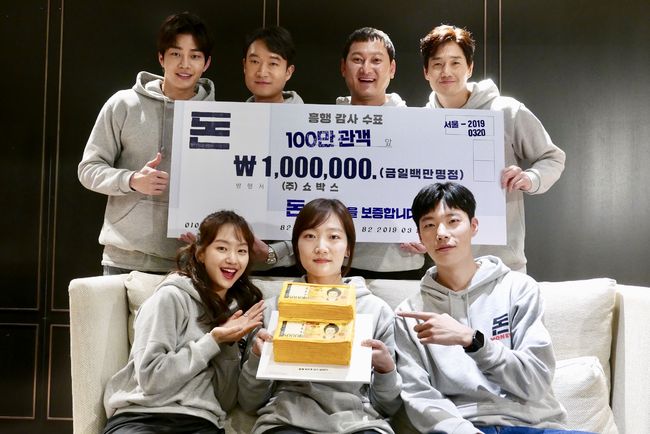 Congratulations to the cast and crew of “Money”!

Ryu Jun Yeol
Money
How does this article make you feel?