A new king has been crowned on “The King of Mask Singer”!

During the second round, Kim Seongju performed Yoo Jae Ha’s “Sad Letter” (literal title) while Gulliver sang Roy Kim’s “Only Then.” After Gulliver was announced as the winner of this round, Kim Seongju took off his mask and turned out to be actor Choo Dae Yup.

Klimt performed Lee Sora’s “Track 9,” but Gulliver received more votes and became the newest king of “The King of Mask Singer.” Gulliver commented, “I’m so happy that I don’t know what to say. I’ll sing good songs for you.”

MC Kim Sung Joo commented, “This is a very meaningful king from the first at idol special of ‘The King of Mask Singer.'” Klimt then took off her mask and revealed her identity as Matilda’s Haena.

Haena first debuted in 2013 with Kiss & Cry then appeared on Mnet’s “Superstar K Season 6” after the group’s disbandment where she was the only female solo contestant to make it to the top 11 finalists. She then debuted with Matilda in 2016 and has been acting on stage in musicals such as “The Great Gatsby” and “Jekyll and Hyde.” 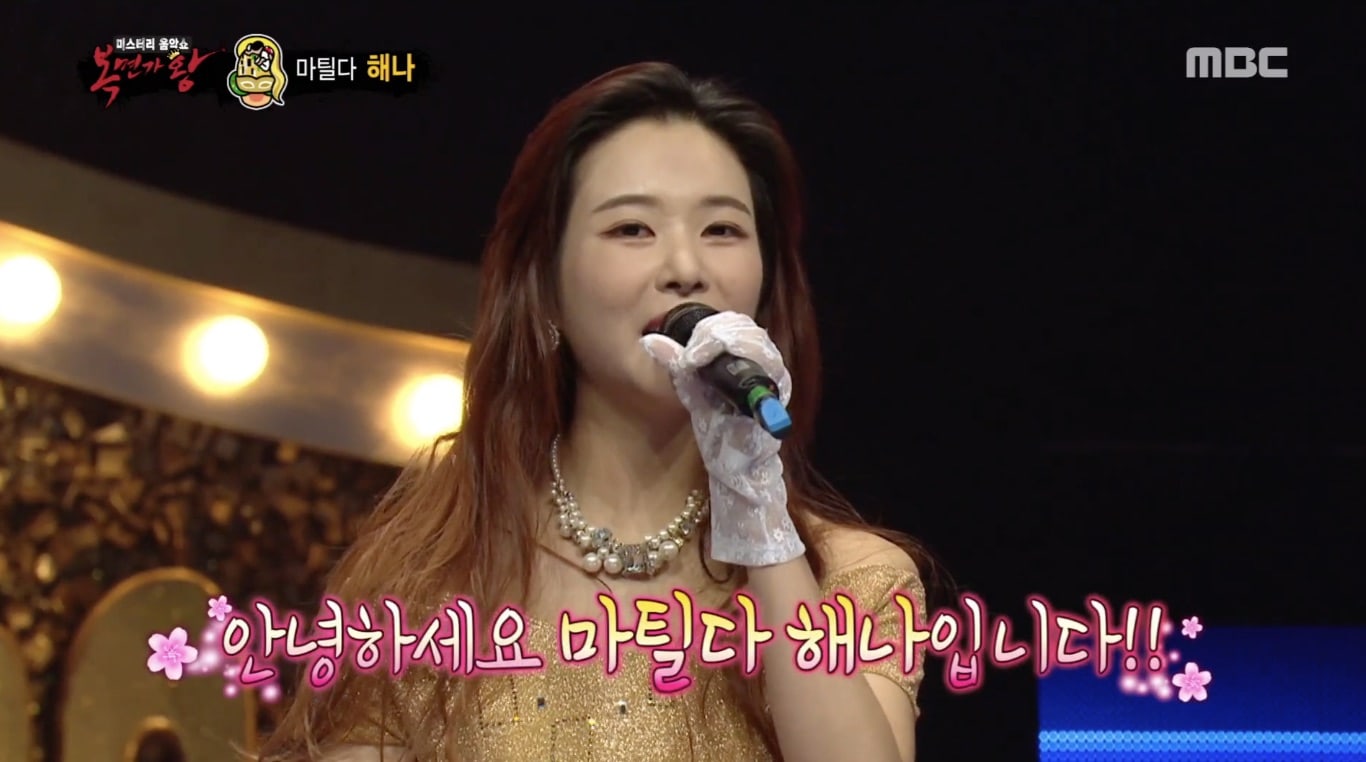 About making it to the third round of “The King of Mask Singer,” Haena said, “I didn’t expect this at all. I thought that I would be happy just making it past the first round, and it was unbelievable when I became the king. I had such happy times that I questioned if these kinds of things could happen to me. Thank you so much.”

After the broadcast, Haena shared a photo of with her mask backstage, along with clips of her “Jekyll and Hyde” co-stars watching her on “The King of Mask Singer.”

She wrote, “Hello! This is Klimt Haena. First, thank you so so much for loving my voice! This was something unimaginable even when I appeared on the idol special. I was able to heal every week thanks to ‘The King of Mask Singer.’ From all of your warm cheers to the praise and advice from the seniors in the celebrity panel, it was a time where I learned and felt a lot. Also, there were many people who were sure that it was me and contacted me, but I’m not good at lying, so I couldn’t reply. I’m really sorry. The clips are my lovely ‘Jekyll and Hyde’ team who watched the broadcast today. They sent me their moved emotions and laughter. To my lovely Matilda, ‘Jekyll and Hyde’ team, family, friends, CEO, director, ‘The King of Mask Singer’ producing director, writer, and staff, Yoon Sun, Ye Seul, Suk Young, So Young, Ha Yun, Eun Bin, and everyone who loved my singing, thank you and I love you a lot. I hope many of you will come watch ‘Jekyll and Hyde,’ and please love Matilda a lot. I’ll work hard to sing from here on out!”

Check out her reveal below:

Watch the latest episode of “The King of Mask Singer” in full now!

Matilda
The King of Mask Singer
Haena
How does this article make you feel?