“Doctor Prisoner” is about a skilled doctor who is forced to resign from his position from a hospital and takes a job at the medical ward of a prison in order to forge connections with the powerful, wealthy prisoners to enact his revenge.

In the released photos, Namgoong Min and Kim Byung Chul have a chat surrounded by the quiet calm of an arboretum. Kim Byung Chul appears to be carefree and aloof, even giving a small smile, while Namgoong Min is tense and doesn’t let his guard down. The peace around them is broken when Namgoong Min confronts him, and both their stances change to a more guarded attitude. 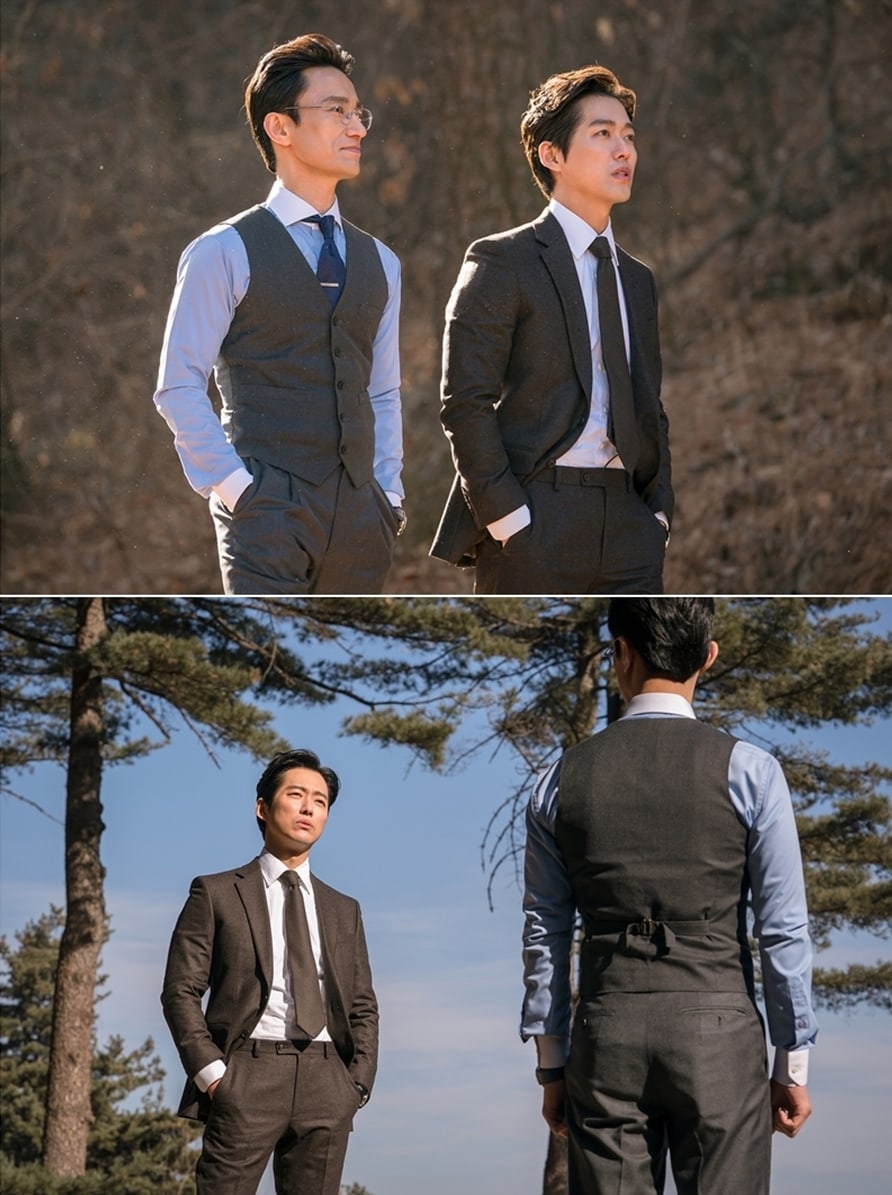 Previously, Na Yi Je (played by Namgoong Min) pushed Sun Min Sik (played by Kim Byung Chul) into a corner when he sent documents from Ha Eun Hospital that proved his corruption to his home. After meeting with his successor, Sun Min Sik was then convinced that Na Yi Je was responsible for the convoy accident. Sun Min Sik headed towards the prison to find Kim Sang Choon (played by Kang Shin Il) and Tae Choon Ho (played by Jang Joon Nyung) who helped Na Yi Je then and to make his counterattack.

The production staff stated, “That day, their meeting foreshadowed the fierce storm that is brewing. Please look forward to Na Yi Je and Sun Min Sik’s prison game of thrones that will unfold this week.”

“Doctor Prisoner” airs every Wednesday and Thursday at 10 p.m. KST.