Staying true to its comedic roots, the cast was playful and exhibited laughs through making funny poses during photo time and chuckling cheerfully throughout the event.

Lee Yi Kyung is the only actor to reprise his role from the first season of “Welcome to Waikiki.” The director revealed that Lee Yi Kyung came to his studio and visited him often, so he didn’t have to think very hard about casting Lee Yi Kyung for the second season. 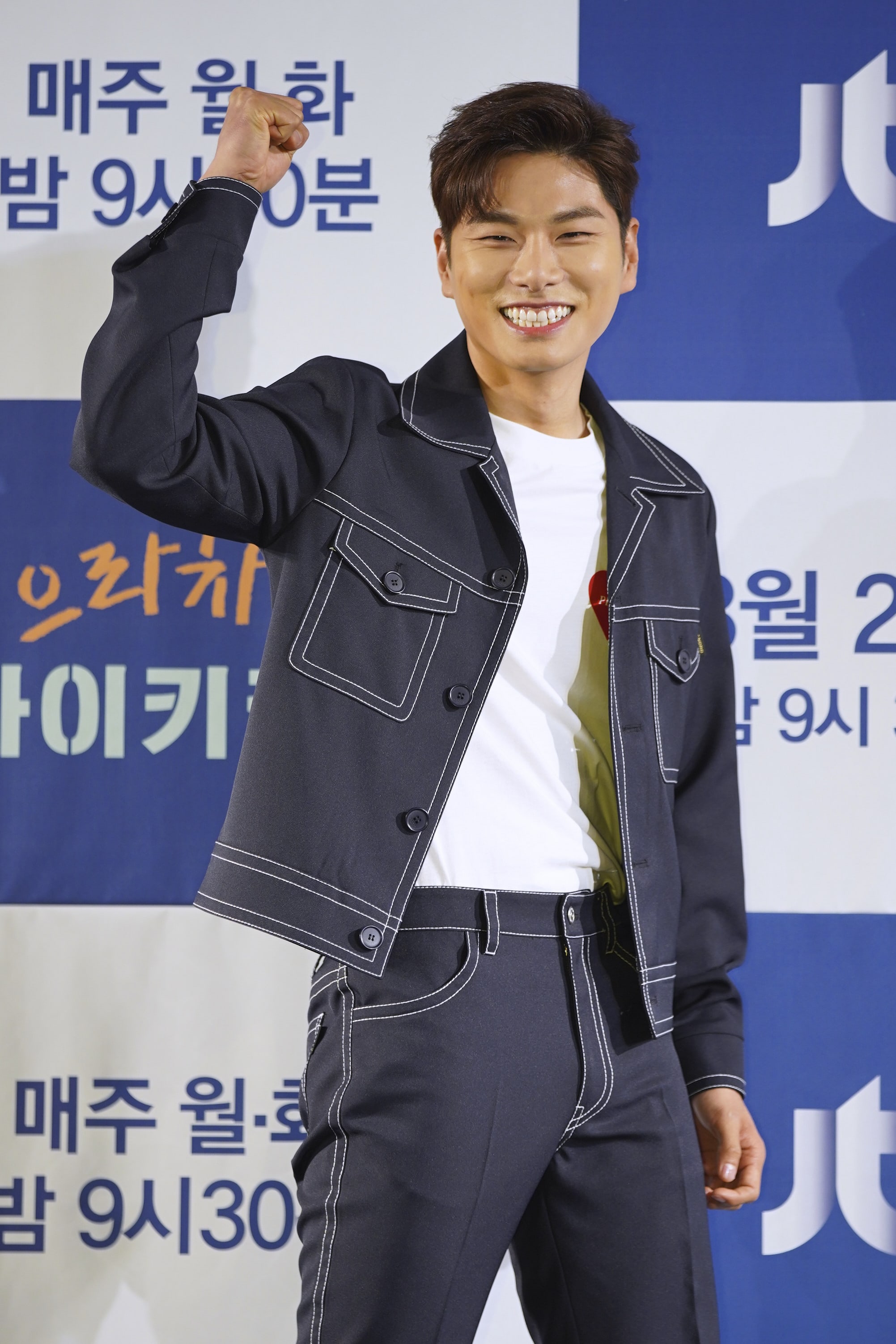 As for casting the other actors, the director said, “They are all really good.” He later further explained, “I wanted to show an opposite image for them. The actors here get scolded by me a lot, but they work really hard. Showing an image that they haven’t shown before was the biggest reason.”

Making a drama comeback in over two years, Ahn So Hee talked about her return and said, “Since it’s been a long time, I worried a lot and thought a lot. I practiced a lot and talked to the director a lot. I try to be accurate, detailed, and I worked hard so I hope I can show a good image. I’m filming and working very hard.” 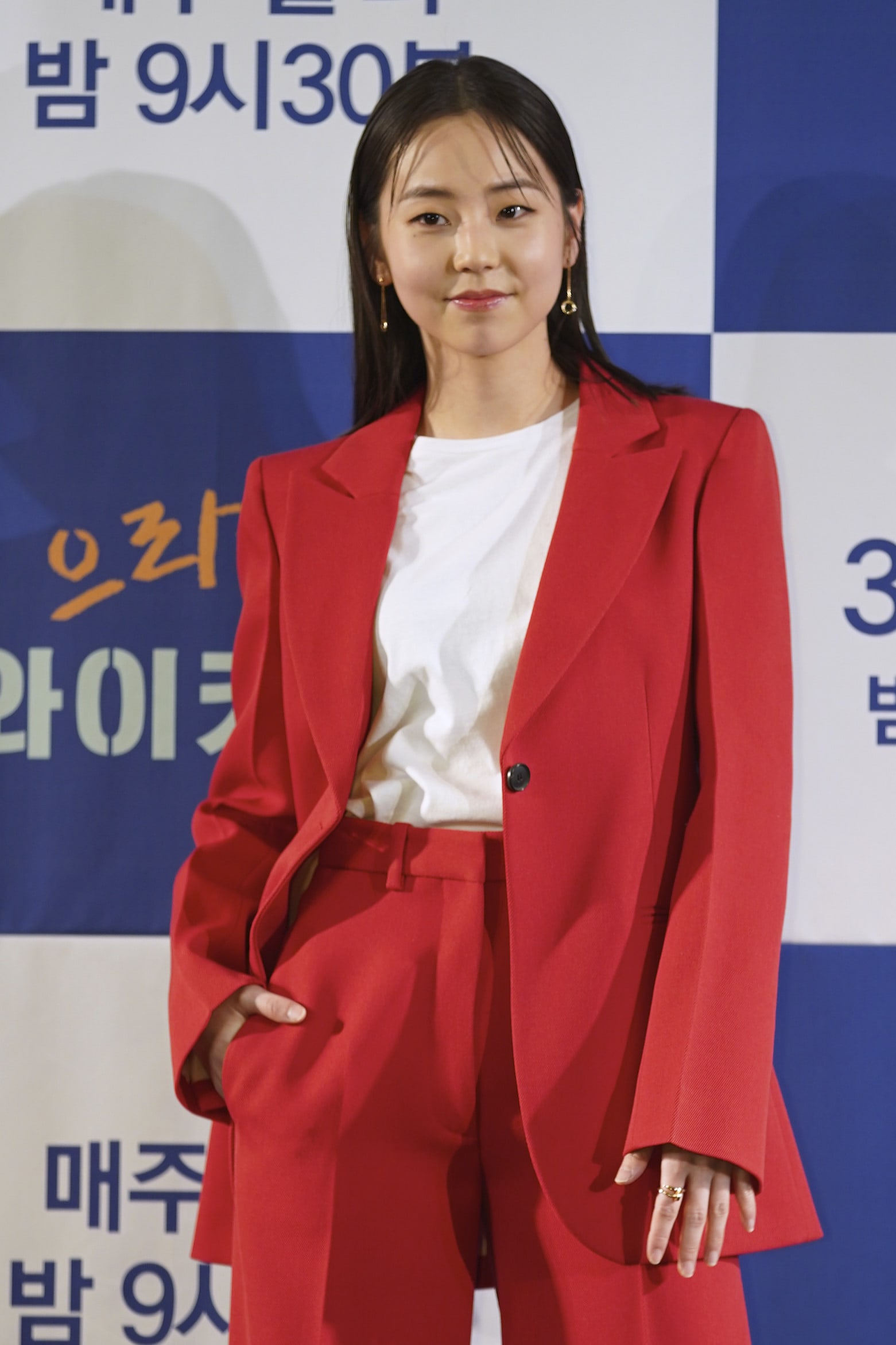 Both seasons of “Welcome to Waikiki” feature a lot of comedic scenes with characters “wrecking their images” in order to achieve funny results. Kim Seon Ho commented, “It’s hard to find a middle ground when acting out comedic skits. I ask a lot of questions to confirm and discuss. I’m still trying to find [a balance] and I’m looking forward to achieving it.” 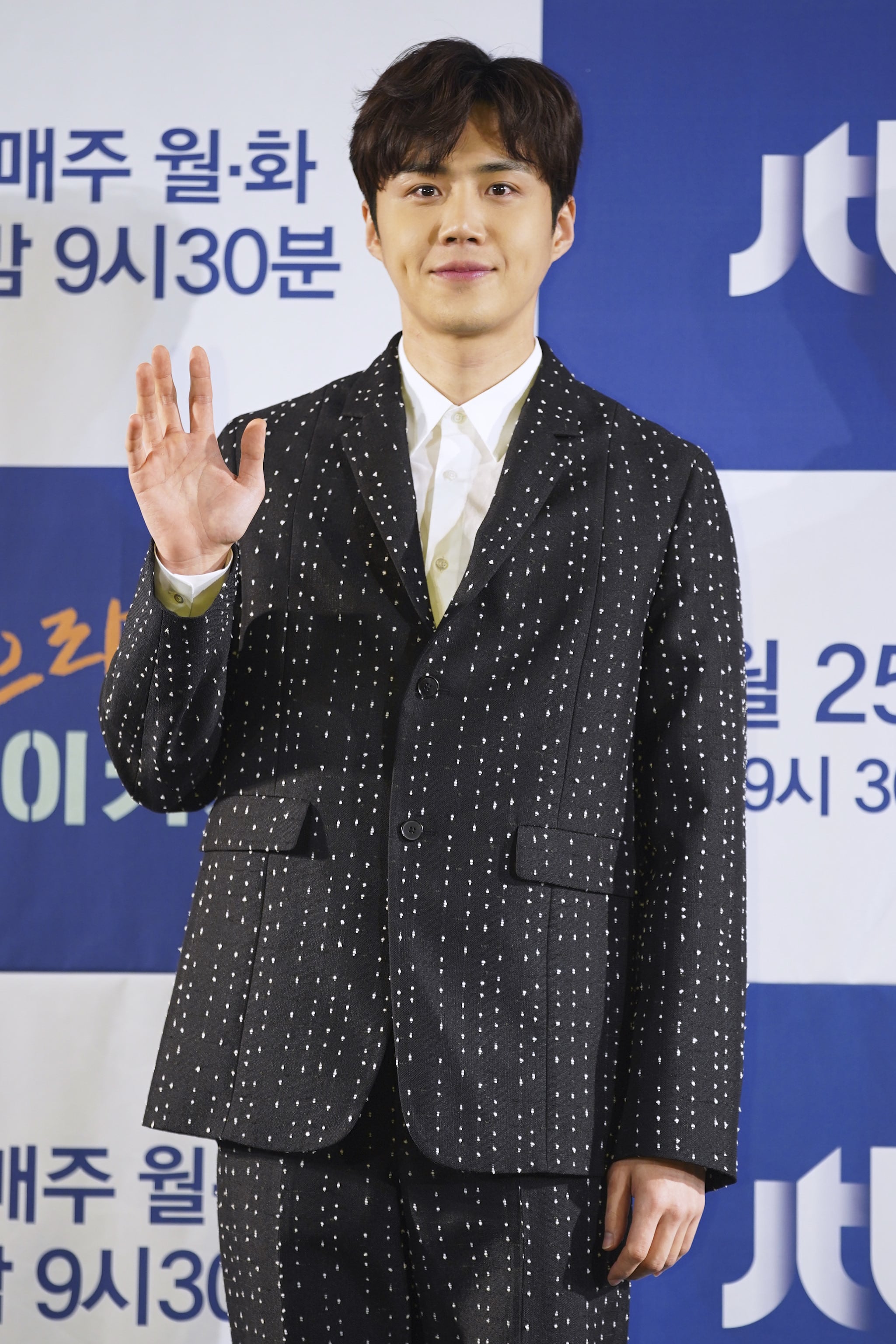 The actors were asked to select a season that best represents “Welcome to Waikiki” and while answering, they shared various thoughts on the show. Lee Yi Kyung said, “I personally really like summer, but I think this youthful ‘Waikiki’ is winter. We filmed in cold weather and finished in warmer weather, so I think this project is like winter to me.” Meanwhile, Moon Ga Young picked spring saying, “Young people in their 20s can relate to the show very well.” 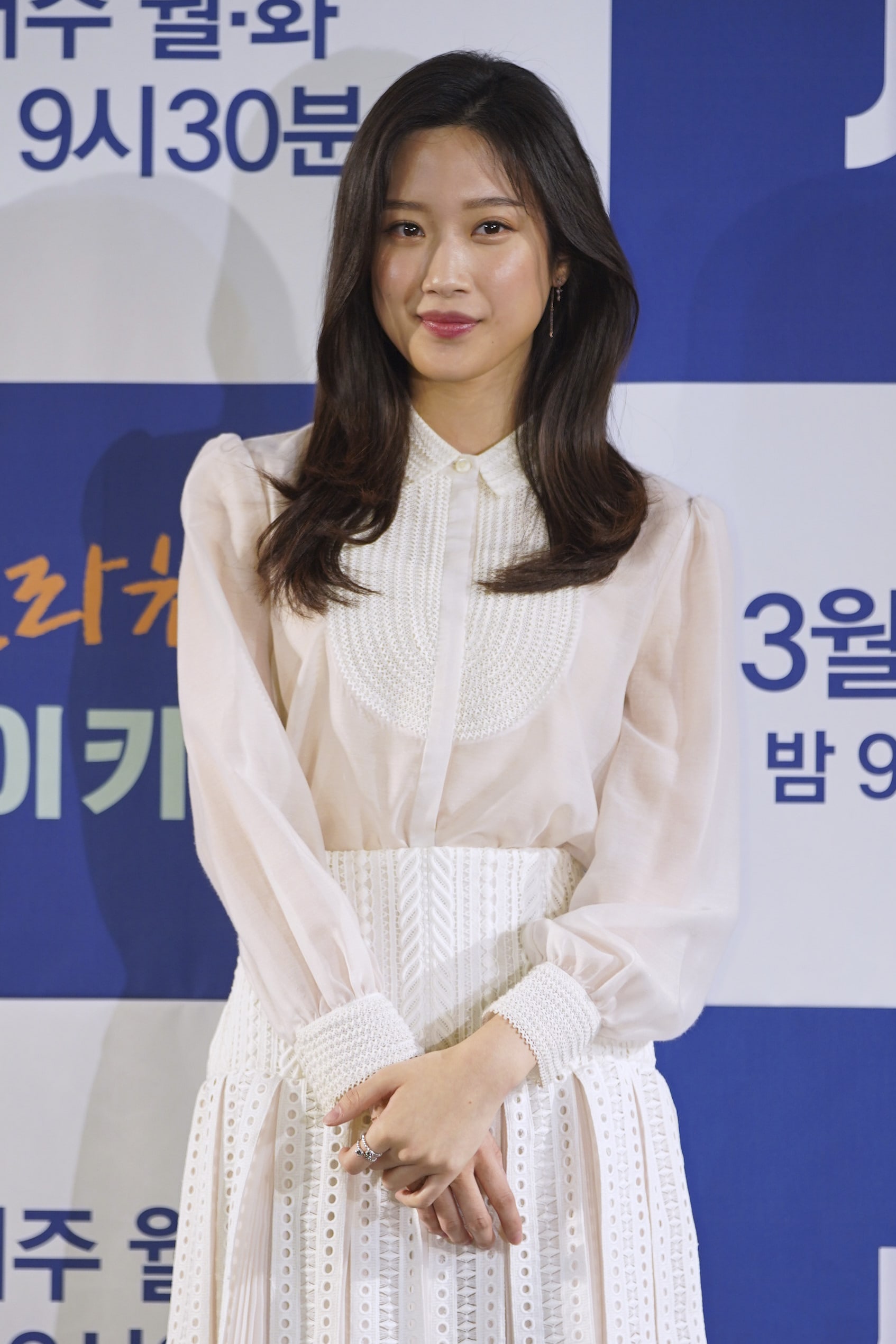 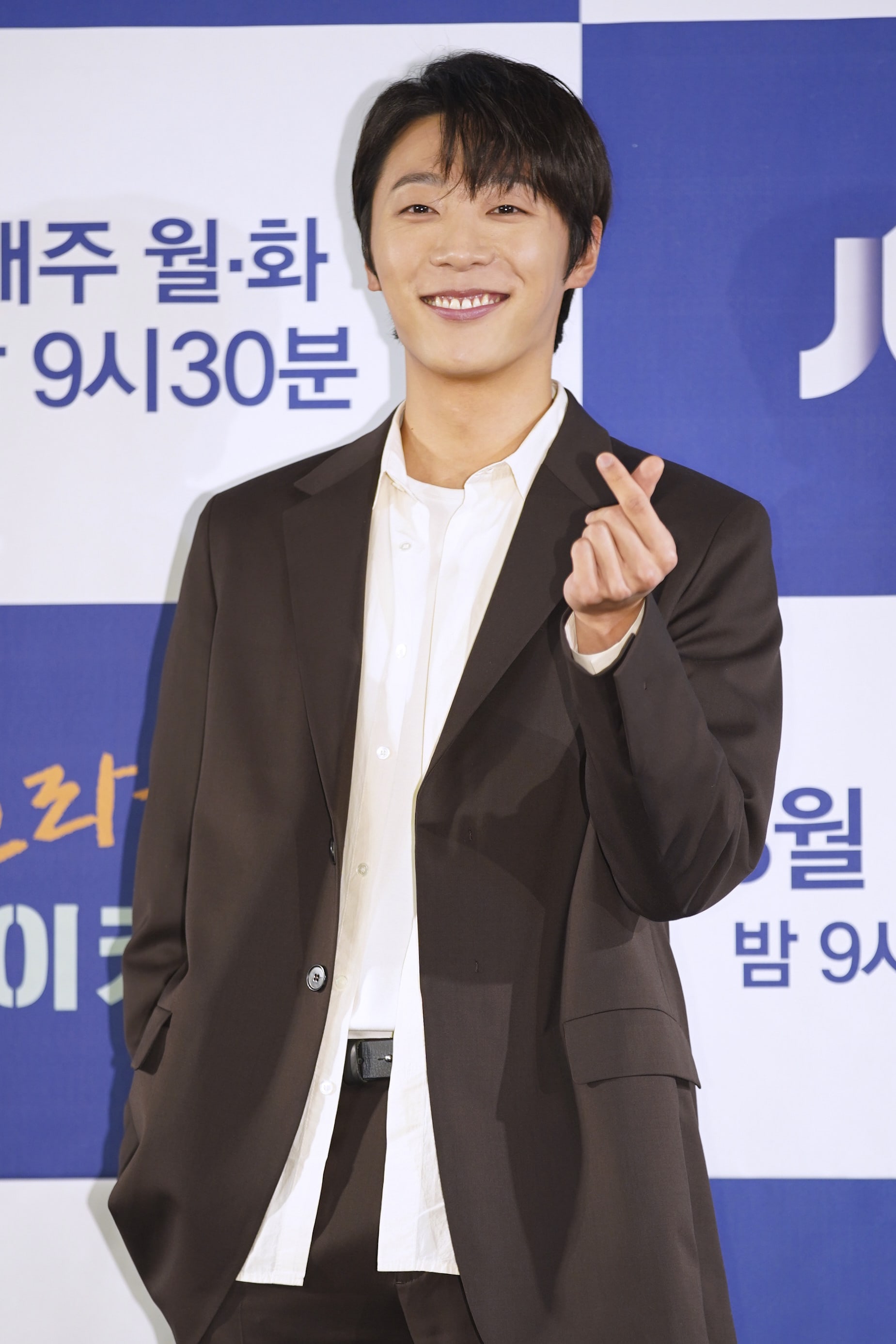 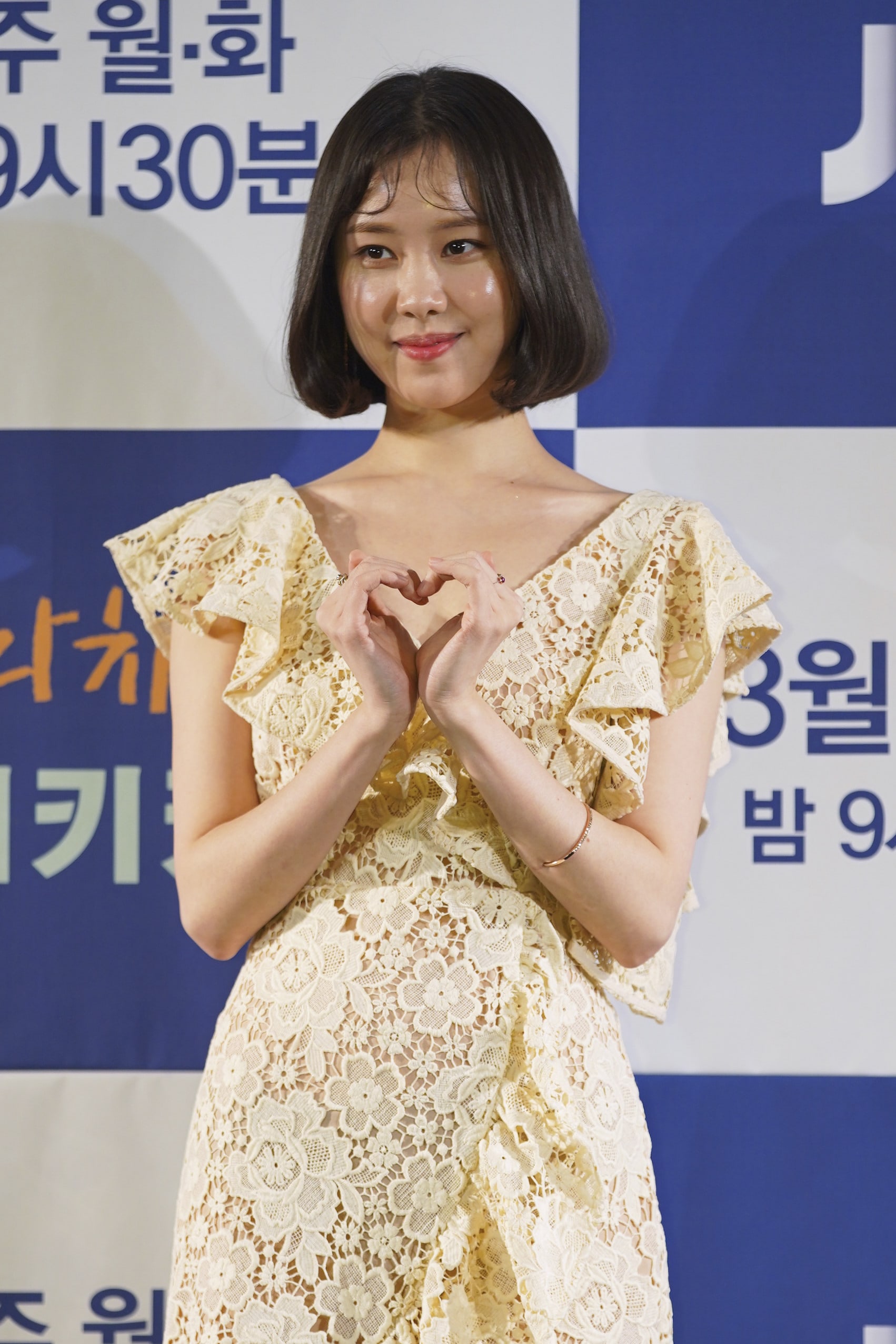 Lee Yi Kyung displayed hilarious acting in the first season, so he was asked about how much he is planning on wrecking himself this season. He answered, “Season 1, I thought I’ll wreck myself as much as I can. Season 2, you could think I’m overacting so I discussed the balance with the director. I hope that viewers can be satisfied while watching.”

Shin Hyun Soo complimented Lee Yi Kyung and reflected, “I thought I knew about ‘Waikiki 1’ but that was a misjudgment. During the script reading I realized that Lee Yi Kyung was so funny. So the three of us guys gathered together often and had fun filming.” Kim Seon Ho also mentioned talking a lot with Lee Yi Kyung when trying to find a middle ground for comedic acting. 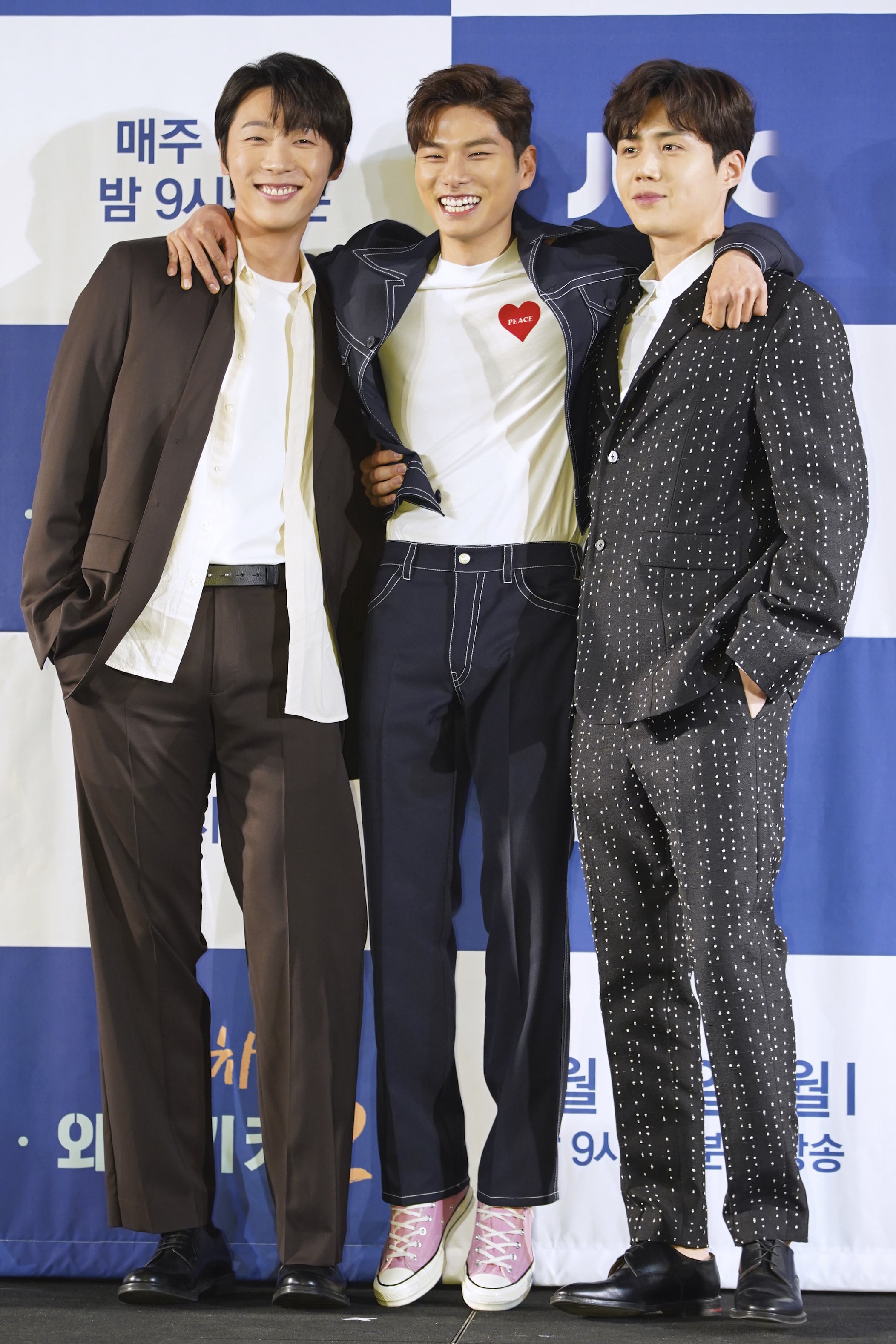 Regarding differences between season 1 and 2, the director replied, “I can’t say that season 2 is greatly different from season 1.” Lee Yi Kyung added, “Since everyone is the same from the director to the staff members, it felt very welcome. Rather than feeling like I survived season 1, I feel excited and nervous. I was so nervous I couldn’t sleep well and I stayed up talking with the director.”

Ahn So Hee answered a question about her chemistry in scenes with Lee Yi Kyung and said, “Lee Yi Kyung is really funny, so it’s hard to not laugh. I try to not laugh by thinking like my character who is exasperated that he’s doing something again, but sometimes it’s hard and I explode with laughter.” 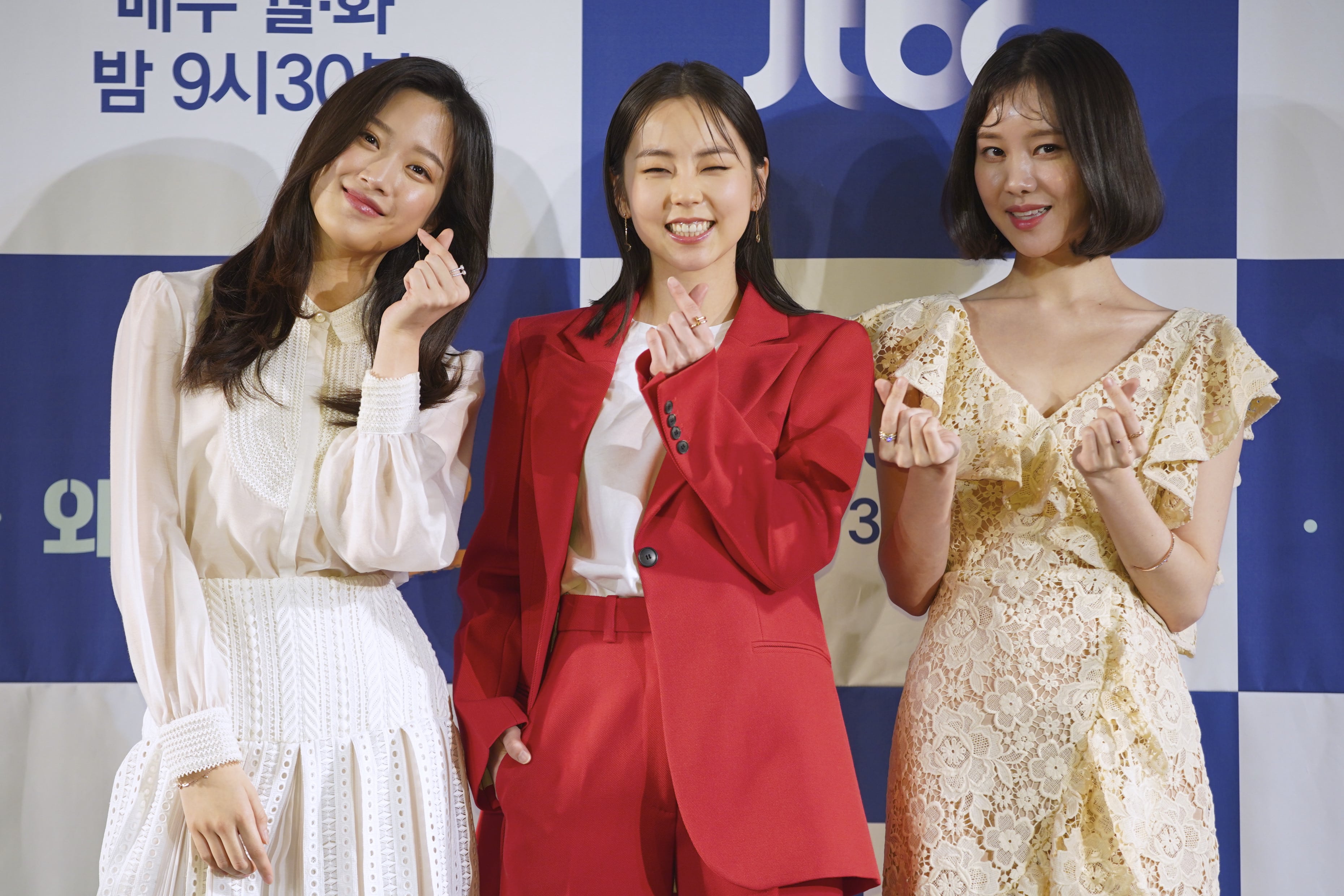 Since Kim Seon Ho’s character is a former idol member who is trying to become a successful singer, he was asked if he took any singing lessons. The actor said, “I didn’t get any special vocal training. I just sang naturally as I am. I’m not that good at singing, but I’m having fun while filming. I also have to play guitar, but there are times when my playing doesn’t match the music.” Kim Seon Ho also talked about exercising to prepare for shirtless scenes. 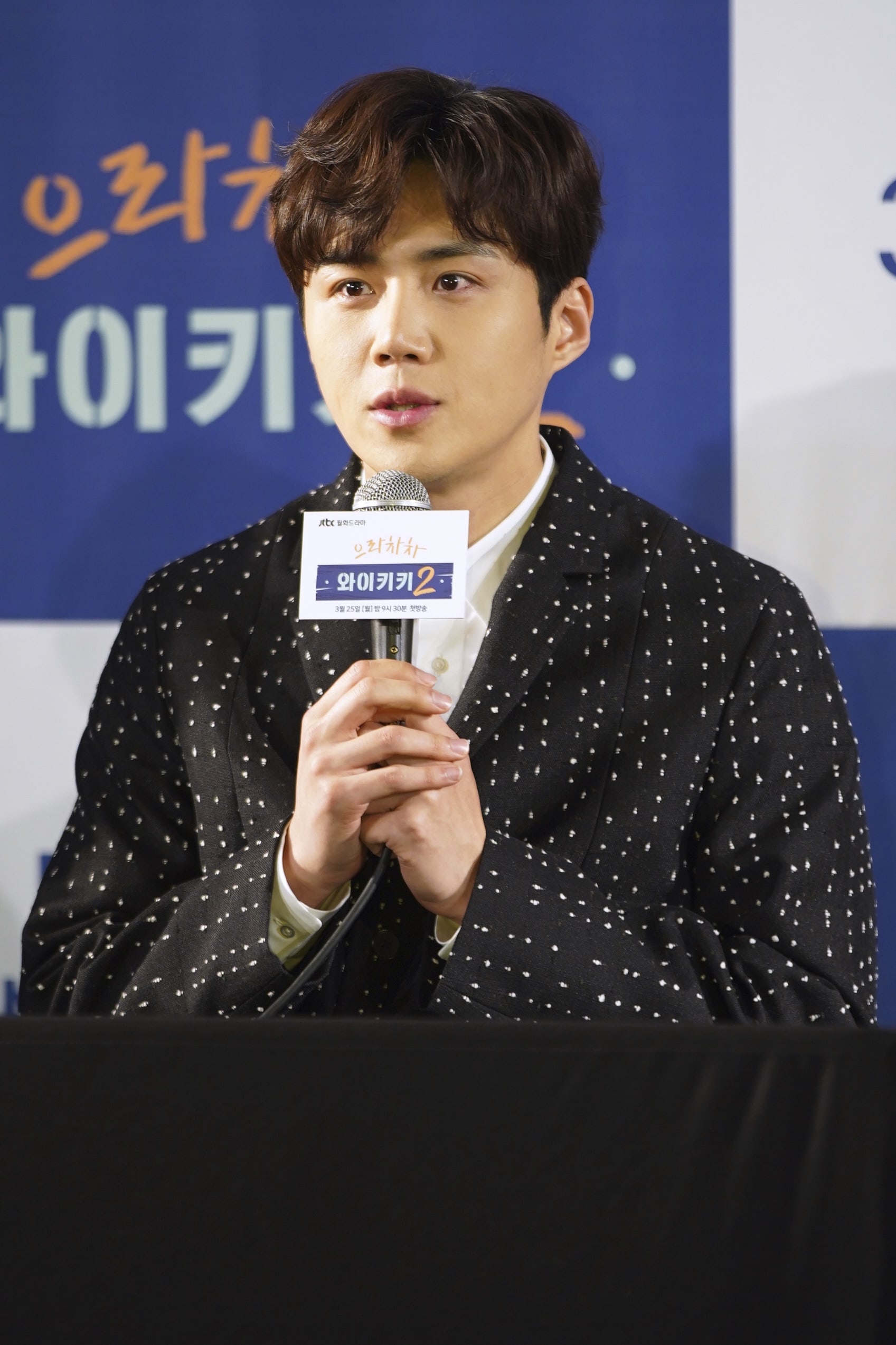 Lee Yi Kyung shared, “The three [Kim Seon Ho, Lee Yi Kyung, and Shin Hyun Soo] of us sang an OST song together.” Kim Seon Ho relayed his hopes for the song to make it in the top 100 in music charts. Lee Yi Kyung said, “Kim Seon Ho wants us to go to MAMA.”

Near the end of the press conference, the director and cast answered questions about ratings and ratings promises. Director Lee Chang Min said, “I wanted to surpass ‘SKY Castle‘ ratings but they got 23 percent. During season 1 we got 2.2 percent or so. I’ll be completely happy if we get anything higher than that.” 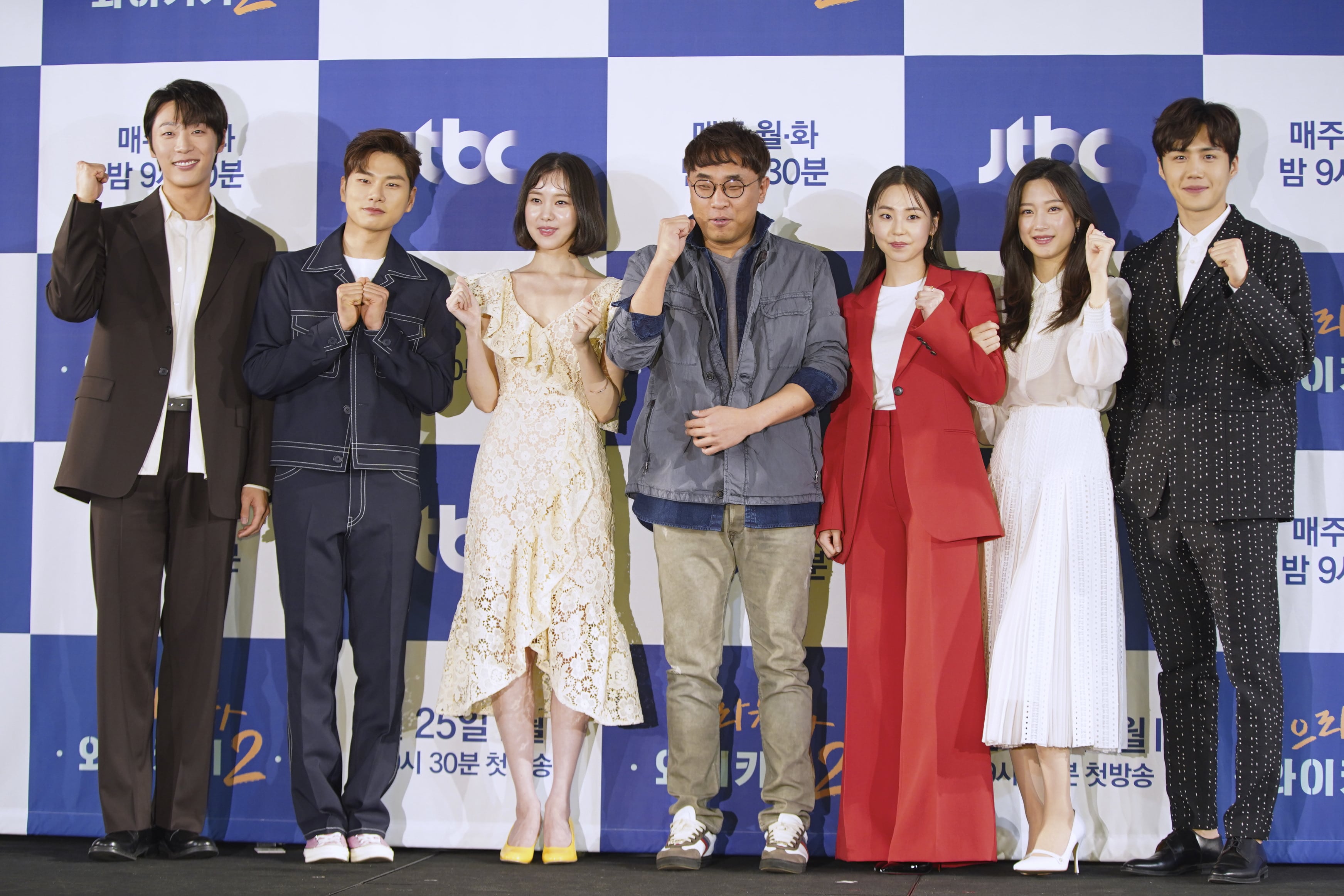 As for ratings promise ideas, Kim Ye Won suggested doing the dance the cast performed in their first teaser video in a public place. Moon Ga Young added on to that and suggested having a flash mob.

Ahn So Hee said, “The three guys have an OST, but I think having all six of us singing an OST would be nice.”

The press conference ended with everyone sharing their hopes that many viewers will tune in and enjoy “Welcome to Waikiki 2.”

Check out a teaser below and watch the drama with English subtitles on Viki!