“Legendary Big Fish” will follow a dream team of celebrity fishing enthusiasts as they travel around the world in an attempt to catch the biggest fish in the world. The released main poster features the five members of the dream team – WINNER’s Kim Jin Woo, Jung Doo Hong, Lee Tae Gon, Ji Sang Ryul, and Apink’s Yoon Bomi – as they pose in front of a lake with grand-size fishing gear. 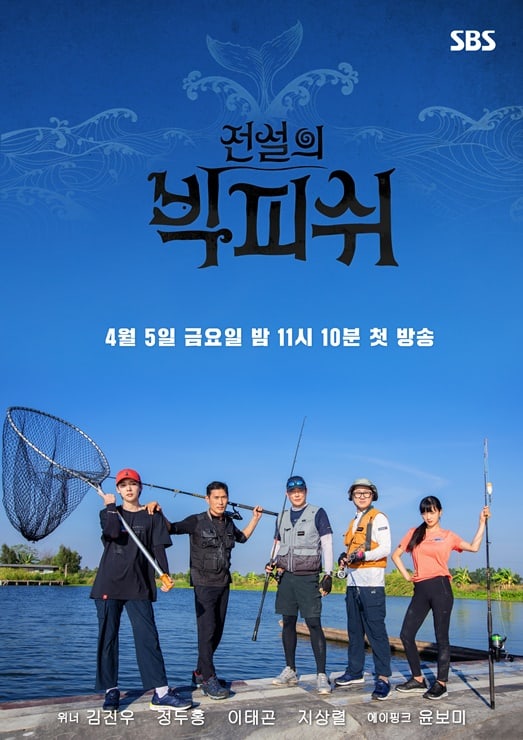 The dream team’s first location was Thailand, for which they left on March 12 and stayed for a week. During their stay, they encountered various types of fish including a giant stingray that measures 6 meters long and weighs 600 kilograms and a sailfish, which is also called the cheetah of the sea. The team members also participated in a friendly competition with local fishing experts.

“Legendary Big Fish” will premiere on April 5 at 11:10 p.m. KST following the end of “Village Survival, the Eight 2.”

In the meantime, check out the latest episode of “Village Survival, the Eight 2” below!