Park Bom Names Variety Show She Hopes To Appear On

Park Bom is hoping to be back on variety shows soon!

On the March 25 episode of MBC’s “Section TV,” Park Bom sat down for an interview about her latest comeback.

Her new single “Spring” is her first solo release in eight years. “If I were to say that I wasn’t worried about my long hiatus, it would be a lie,” she said. “I thought to myself, ‘Will I be nervous when I go up on stage?’ and ‘Will they still like me?'”

“When the teaser came out, I realized ‘Ah, I’m really making a comeback,’ and I cried so hard,” Park Bom continued. On the day of her teaser release, she shared her emotional moment with fans via a live broadcast.

When asked what praise she’d most like to hear from the public, she replied, “‘Park Bom is good at singing.'”

On the topic of her promotion plans, Park Bom said, “I want to go on variety shows as well, and I want to release more music. I’ll be active in lots of different ways, so please look forward to it!” 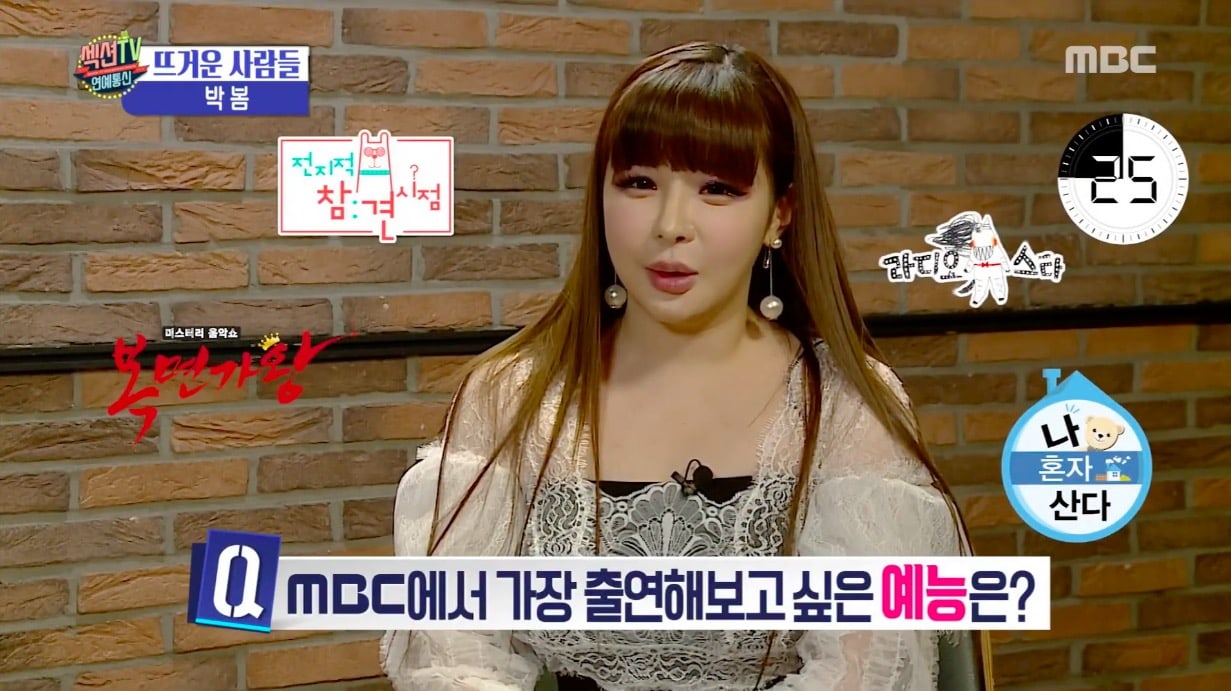 When asked which MBC variety show she most wants to appear on, Park Bom named the show “The Manager,” which follows the lives of managers to the stars.

“My chemistry with my manager is a bit funny,” she said. “I think the viewers would enjoy it.”

Watch “The Manager” below!

Source (1) (2)
Park Bom
Section TV
How does this article make you feel?