Beyond Yanxi: 5 Reasons To Watch C-Drama “The Legend Of Hao Lan”

If you haven’t been living under a rock, you might have heard of a little Chinese historical drama called “Story of Yan Xi Palace.” Yes, the one you spent countless nights and weekends binge-watching. Then you will want to read this because several of the cast from “Yan Xi” have reunited for a new Chinese historical drama, “The Legend of Hao Lan.”

“The Legend of Hao Lan” is set in the warring states era before the unification of China. The story depicts Li Hao Lan’s (Wu Jinyan) journey to becoming the Empress Dowager Zhao and mother of Qin Shi Huang. She first meets Lu Buwei (Nie Yuan), who purchases her when she is sold as a slave, then becomes his ally to gain power in the palace. Later, she meets Qin Prince, Ying Yiren (Mao Zijun), who is held as a political hostage in Zhao. And thus begins the struggle for power and love.

Here are five reasons why you shouldn’t miss this drama!

A smart and fiercely loyal heroine 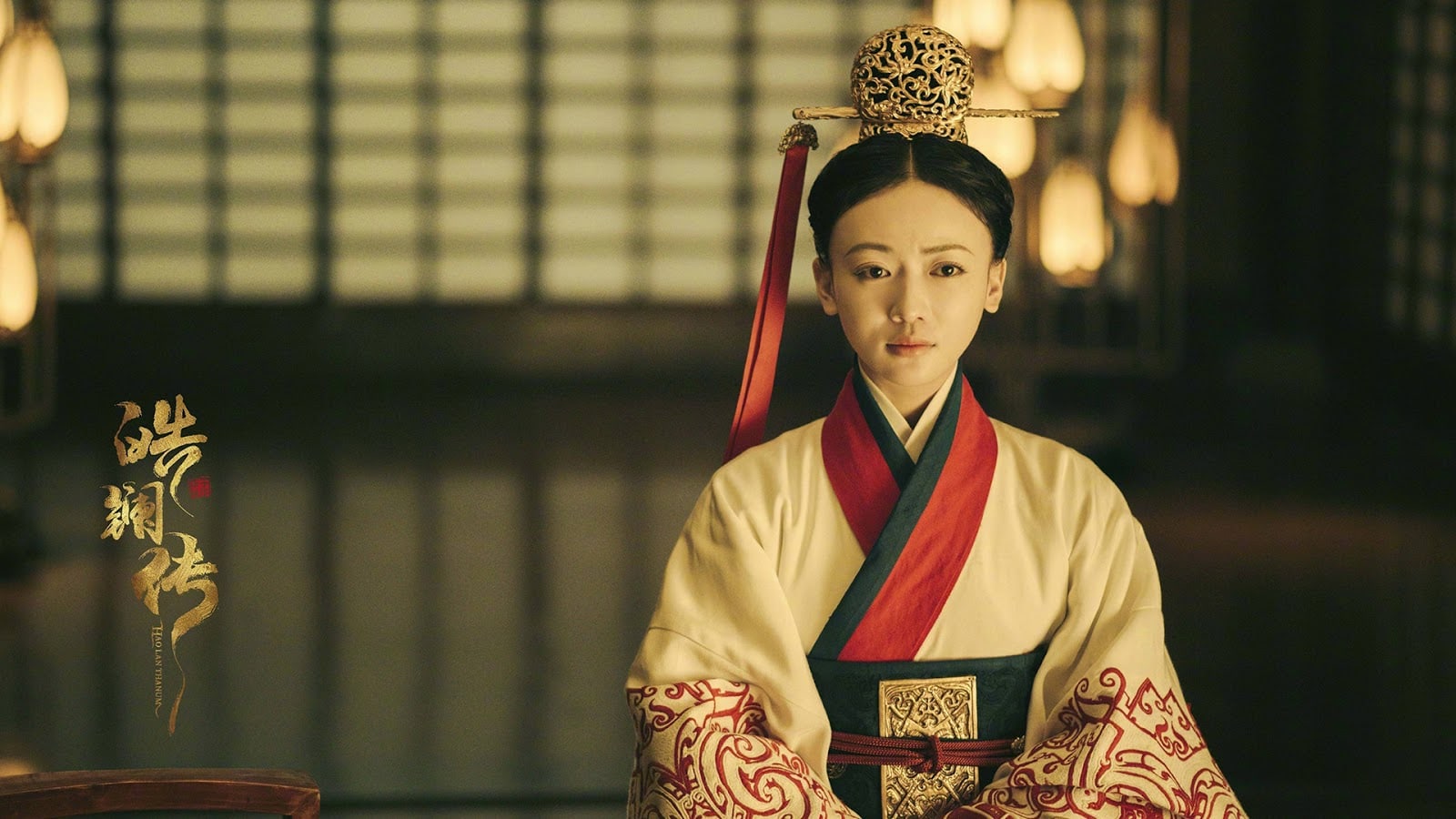 Played by the same actress, Wei Ying Luo from “Story of Yan Xi” is such a fresh and memorable character that it took me a while to really see and understand Li Hao Lan. At first glance, their characters feel similar – the smart and stubborn heroine who uses her wiles to overcome obstacles. However, the distinction between their characters becomes clearer as the story progresses.

Compared to the logical Ying Luo, Hao Lan is often led by her emotions. She is also motivated by her love and loyalty for the people she cares about. She is not scheming but she learns to use her smarts to protect herself and the people around her.

And though she cares deeply, Hao Lan does not let people take advantage of her. She is someone who preaches self-love, demands equality, and to be treated with respect by her male ally – a thoroughly modern heroine. 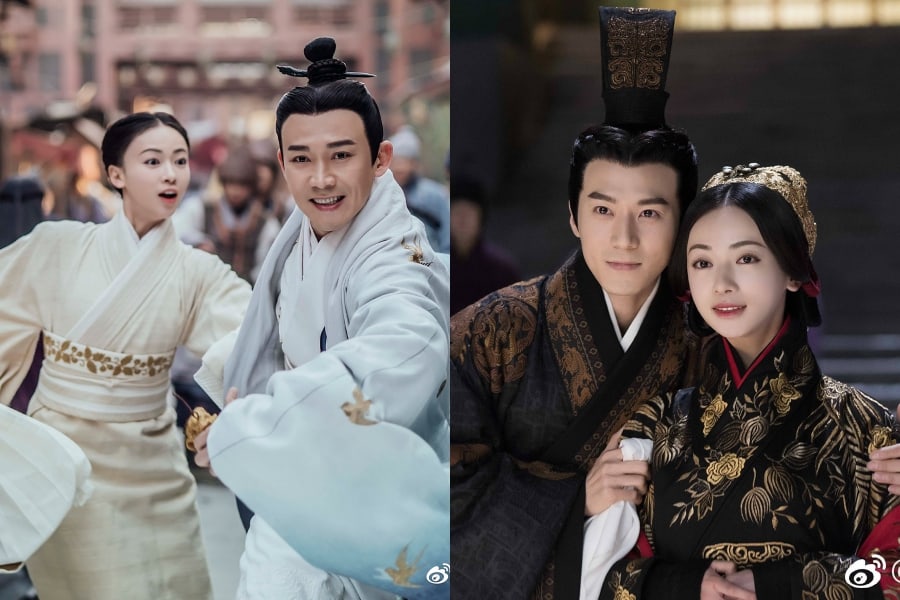 It’s not a drama without a good old love triangle. And we get a pretty good one in this drama. On one hand, there is Lu Buwei, the smart and manipulative businessman who worked his way up. He sees Hao Lan as his soulmate, someone who understands him and is just like him. That moment when he confesses that he can give up his pursuit of power just to be with Hao Lan still makes me swoon!

On the other hand, we have the classic second lead, the gentle and handsome Qin prince, Yi Ren. Underneath his gentle demeanor is a clever and just as cunning mind. But his intentions towards Hao Lan are pure and they are so cute together. The scenes where he tries to “woo” Hao Lan are so sweet that I almost forgot about his whole might-die-anytime hostage situation.

The best part of the love triangle is seeing them work together to send Yi Ren back to Qin (No wait, the best part is when they keep failing). Most love rivals cannot even stand to be in the same room, so I’m glad we have such level-headed love rivals who are not fools and see that there are more important things to do.

Yin Xiao Chun (Jiang Zi Xin) is our resident skillful but feisty palace doctor. She doesn’t really like anyone in the palace, yet she and Hao Lan get along right from the beginning. Xiao Chun is always there to help Hao Lan resolve any dicey situations and vice versa. Not just best friends who look out for each other, they also know each other better than the men in their lives know them. When Yi Ren and Bu Wei return to Qin, Hao Lan and Xiao Chun have to rely on each other for a tumultuous few years while raising Hao Lan’s son together. BFF? More like OTP.

Just like “Yan Xi,” the set designs and costumes are exquisite and aplenty. The drama is worth watching just for the magnificent sets and costumes. The production team actually created more than 3000 costumes and 400 sets!

As there wasn’t much costume reference from the warring era, the designers drew their inspiration from details on artifacts from the period.

Also, kudos to the production team for putting in the effort to ensure that the two states, Zhao and Qin, have distinctive styles, reflecting the unique characteristics of each state. Zhao is colorful and bright, while Qin is dark and serious. 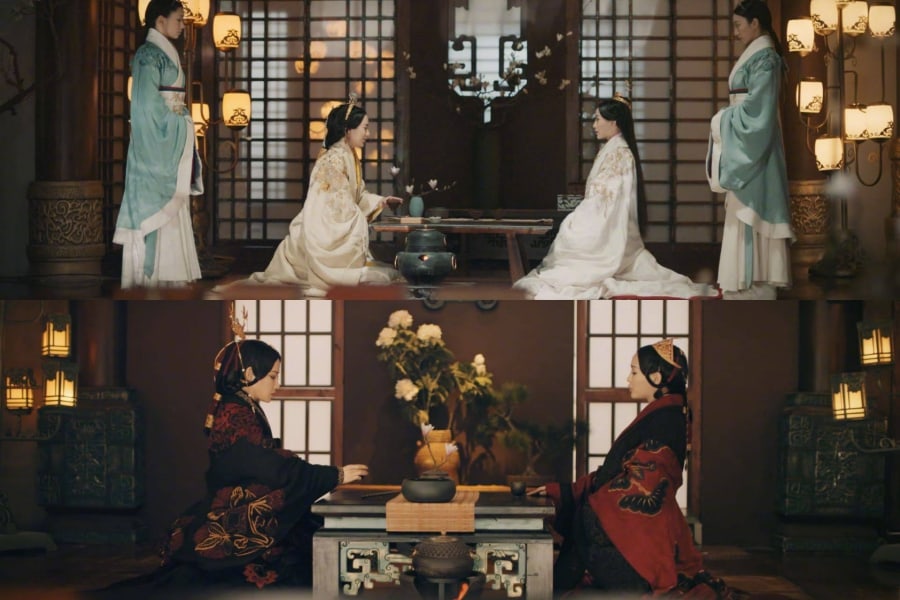 Other familiar faces you miss from Yan Xi

If you really miss “Yan Xi,” there are a few more familiar faces you will spot in “Hao Lan.”

Remember the eunuch who always gets kicked by the emperor? Now he’s the Prime Minister of Zhao and technically Lu Bu Wei’s (previously emperor in Yanxi) boss. Ha. 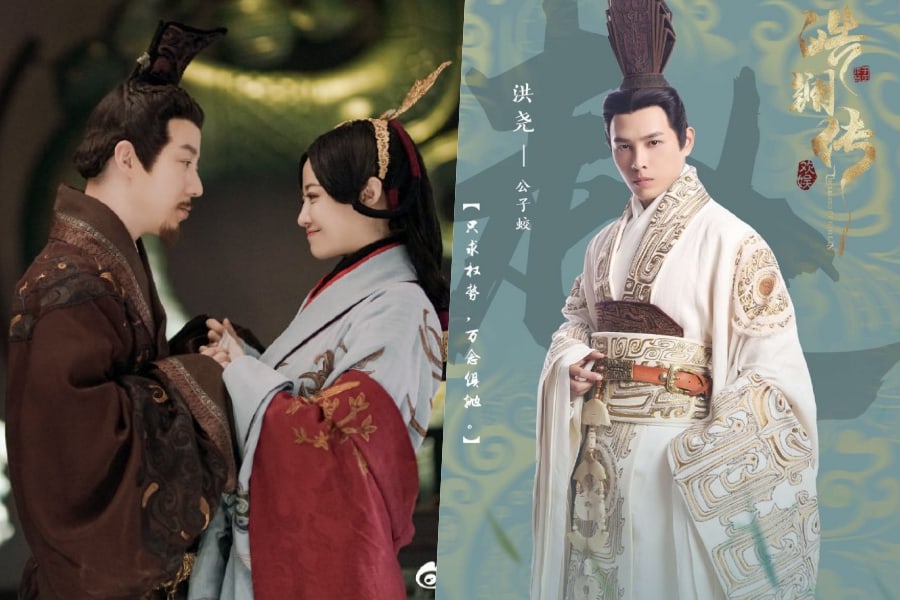 On the surface, both shows appear to be quite similar – palace intrigue, the focus on the heroine’s ascend in ranks. However, while the main motivation for the heroine of “Yan Xi” is revenge and survival, Hao Lan is mostly motivated by love. The actors also did such a great job that it did not take long for me to be fully absorbed in their new roles.

Hey Soompiers, have you seen “Story of Yan Xi Palace” or “The Legend of Hao Lan”? Let us know your thoughts in the comments below!

Bellyfull is a pop culture junkie who feeds on dramas, music as well as pop culture memes and puns. She is currently experiencing withdrawal symptoms with the impending end of “Game of Thrones.” Winter is coming, indeed.

Soompi Spotlight
The Legend of Hao Lan
How does this article make you feel?