Not Your Average Melo: Reasons To Watch C-Drama “Fifteen Years Of Waiting For Migratory Birds”

“‘Fifteen Years of Waiting…,’ wait, is this some sort of sob fest?” – that’s what you’re thinking right now, isn’t it? Stop! Don’t turn away yet. There is much more to this C-drama than its title suggests.

Based on the novel of the same name by Ying Feng, “Fifteen Years of Waiting for Migratory Birds” is a 2016 Chinese drama that follows the ups and downs in the lives of a group of friends that first met in high school. Through the drama, we are introduced to male lead Pei Shang Xuan (played by popular actor Zhang Ruo Yun) and learn about his past relationship with female lead Li Li (played by Sun Yi) that ended in a breakup and with her planning to marry someone else.

With only 22 episodes, it is the ideal choice for anyone who tends to shun C-dramas for their often very high number of episodes. Let me guide you through “Fifteen Years of Waiting for Migratory Birds” and you will come to understand why this series is a must-watch, even if you’re not into melodramas.

Warning: Contains spoilers. Proceed at your own risk.

Laugh with the OTP, a lovely pair of bickering high schoolers 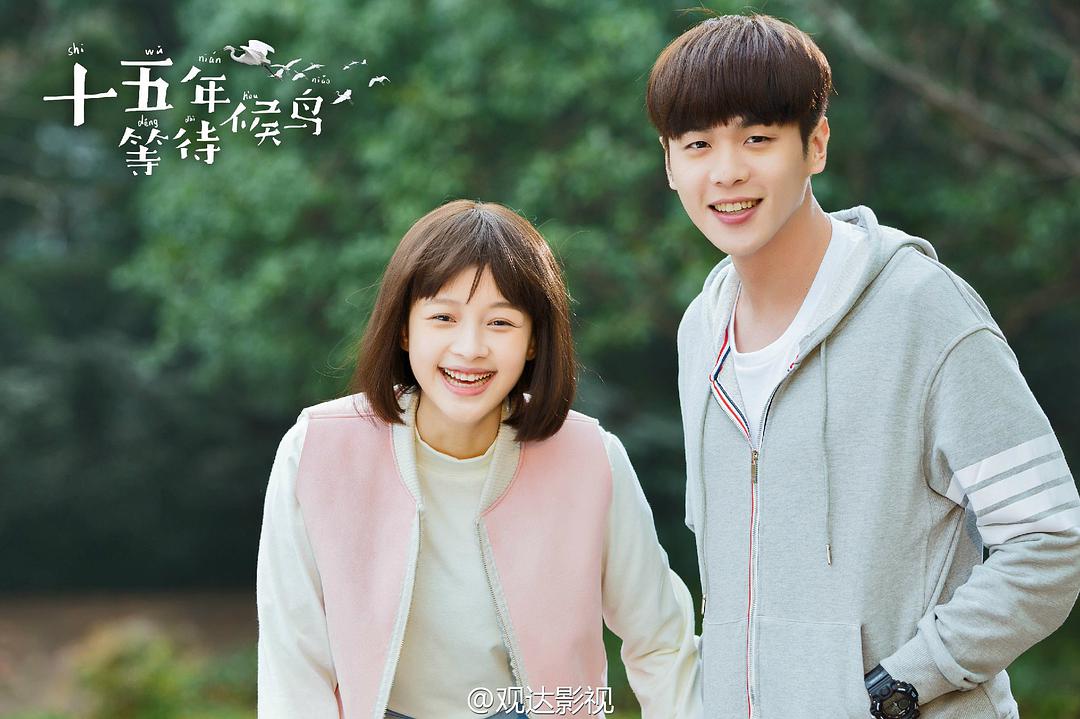 While the drama opens in the present to build the frame for the following story that spans 15 years, the real beginning of the story is set in 2002 when the two are still in high school.

“Fifteen Years of Waiting for Migratory Birds” has all the ingredients for a classic enemies-to-lovers story: Pei Shang Xuan is a troublemaker who only excels at sports while Li Li is a dutiful model student. Due to their clashing personalities, a funny little war ensues between the two classmates. If you love sweet rom-coms, you will adore Pei Shang Xuan and Li Li’s interactions! It’s a delight to see how they inadvertently start caring for each other until each becomes an important presence in the other’s life.

The well-crafted characters also make this drama truly stand out, and both Zhang Ruo Yun and Sun Yi succeed in bringing them to life. Pei Shang Xuan often makes mistakes due to his childish and impulsive ways, yet is never afraid to admit to his wrongdoings and always strives to become a better version of himself. Furthermore, his strong sense of justice leads him to stand up for his friends without hesitation when they’re being wronged. Li Li, on the other hand, is not only a strong woman with clear principles but also a loyal friend who always puts those she cares about before herself, to the point of sometimes being foolish.

Instead of becoming lovers early on, Pei Shang Xuan and Li Li form a bond that is much stronger. While Li Li is very clear about her feelings but keeps them to herself because she is afraid of loss, Pei Shang Xuan will need to go through several failed relationships in order to realize that what he has with Li Li is more than a deep friendship.

Fall in love with the charming second male lead 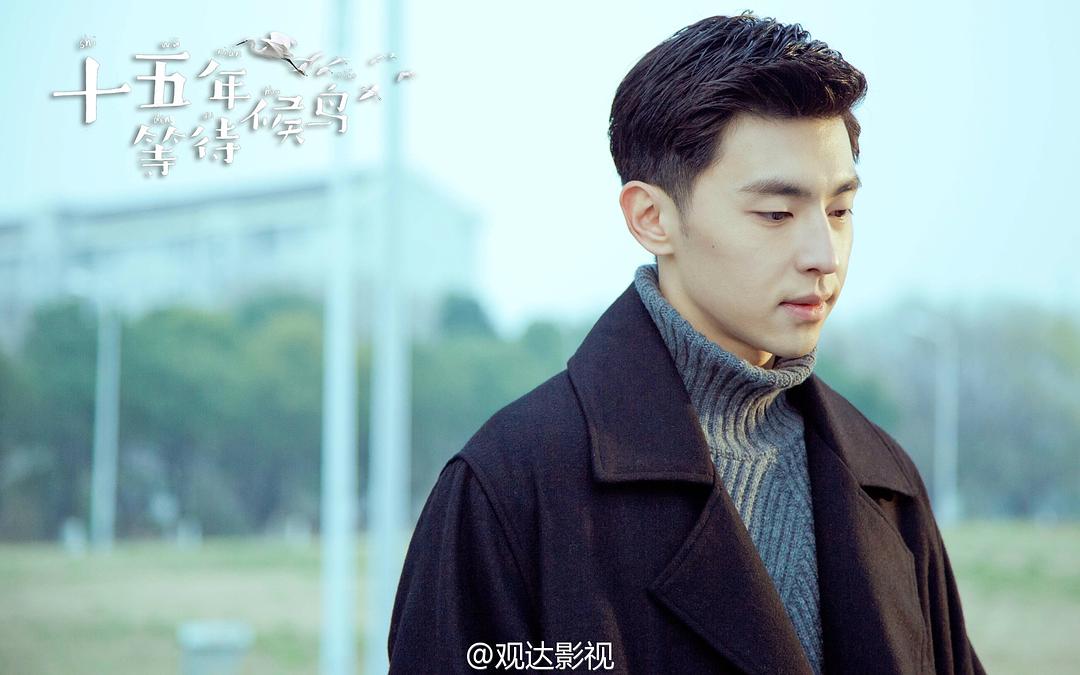 Yes, you’ve seen right, it’s your beloved phoenix, “Xu Feng” aka actor Deng Lun, the male lead of “Ashes of Love,” one of the most popular C-dramas of 2018! Did you know that Deng Lun first gained recognition thanks to his outstanding performance as the second male lead in “Fifteen Years of Waiting for Migratory Birds”? The drama paved his way to becoming one of the most popular Chinese actors today and granted him the opportunities to be cast as the main lead in “Ashes of Love” and other recent hit dramas like “Sweet Dreams” or “Because of Meeting You.”

In “Fifteen Years of Waiting for Migratory Birds,” Deng Lun plays Liu Qian Ren, Li Li’s older step-brother. Do you hate evil second leads as much as I do? Luckily, Liu Qian Ren is the rare opposite. While he tries hard to be evil and scare Li Li and her mom away, he doesn’t have the heart to do real evil deeds. Liu Qian Ren is only a hurt lonely boy who has a hard time coming to terms with the fact that his dad remarried. Although he appears to be a cold person who only knows how to speak harsh words, he in truth craves for love more than anyone else, and it’s not long until Li Li moves his heart with her kind disposition.

Under Li Li’s influence, Liu Qian Ren slowly learns to accept and return others’ kindness, which makes for impressive growth. If you think he’ll do the annoying 180-degree turn we so often see in dramas, well, you thought wrong. Even when changing for the better, Liu Qian Ren always stays in tune with his innate personality.

Tip: In case your second lead syndrome becomes too much to handle while watching this drama, I have good news for you: you can still be saved. How? Watch the C-drama “Because of Meeting You.” It will serve as your remedy as Sun Yi and Deng Lun are the OTP in this series!

Feel with the OTP when reality hits hard 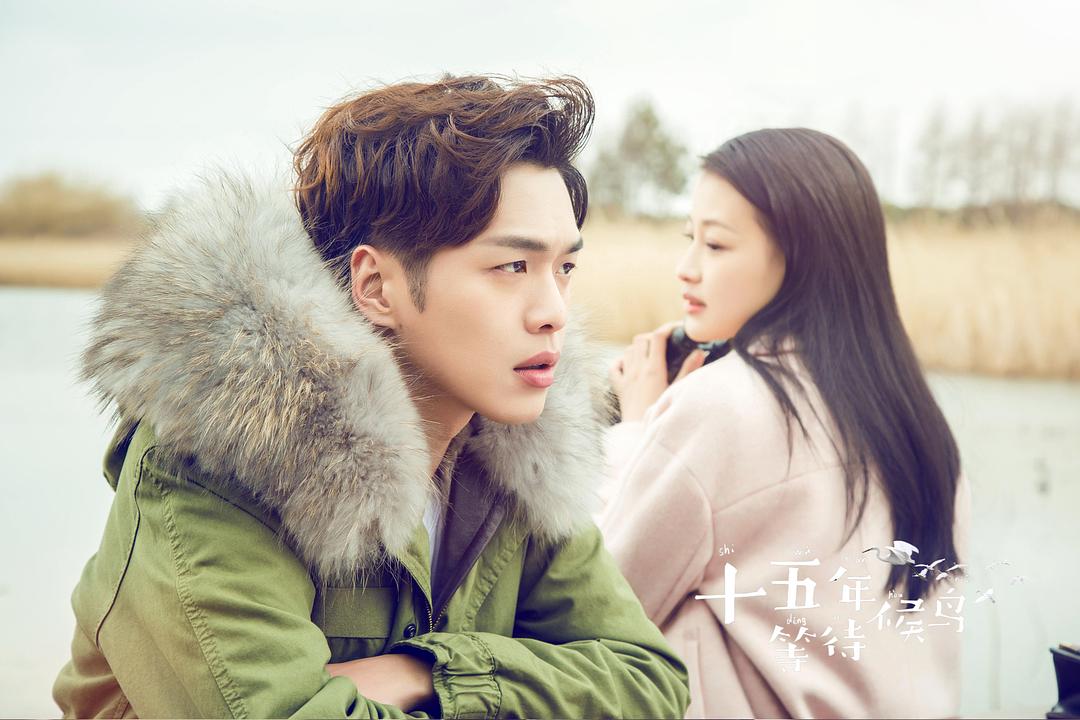 “Fifteen Years of Waiting for Migratory Birds” is not a fairytale. Challenges await any one of us in life, and Li Li and Pei Shang Xuan are no exception. The once proud and confident Pei Shang Xuan completely breaks down when he has to serve jail time. In the end, however, he still manages through by holding on to the promise he once made with Li Li to go see migratory birds together. Li Li, on the other hand, believes she lost her chastity after a drunk night and is heavily burdened by it, for Chinese women are often expected to be a virgin when they start a serious relationship, even nowadays. When she is later also diagnosed with leukemia, Li Li has to re-evaluate her relationship with Pei Shang Xuan.

Both Pei Shang Xuan and Li Li don’t communicate their problems and would rather deal with everything alone than burden others, and thereby are no different from the majority of us. While you might not agree with some of the choices the characters make, their actions are perfectly relatable and consistent with their personalities.

“Fifteen Years of Waiting for Migratory Birds” advises us to allow ourselves to lean on someone in difficult times – be it a partner, a friend or a family member – and makes us realize that we’ll never be a burden to those who really care about us. It teaches us the importance of companionship and making memories together, and shows us that we will gain from them the much-needed strength to endure anything that comes our way, even when our loved ones can’t be by our side. 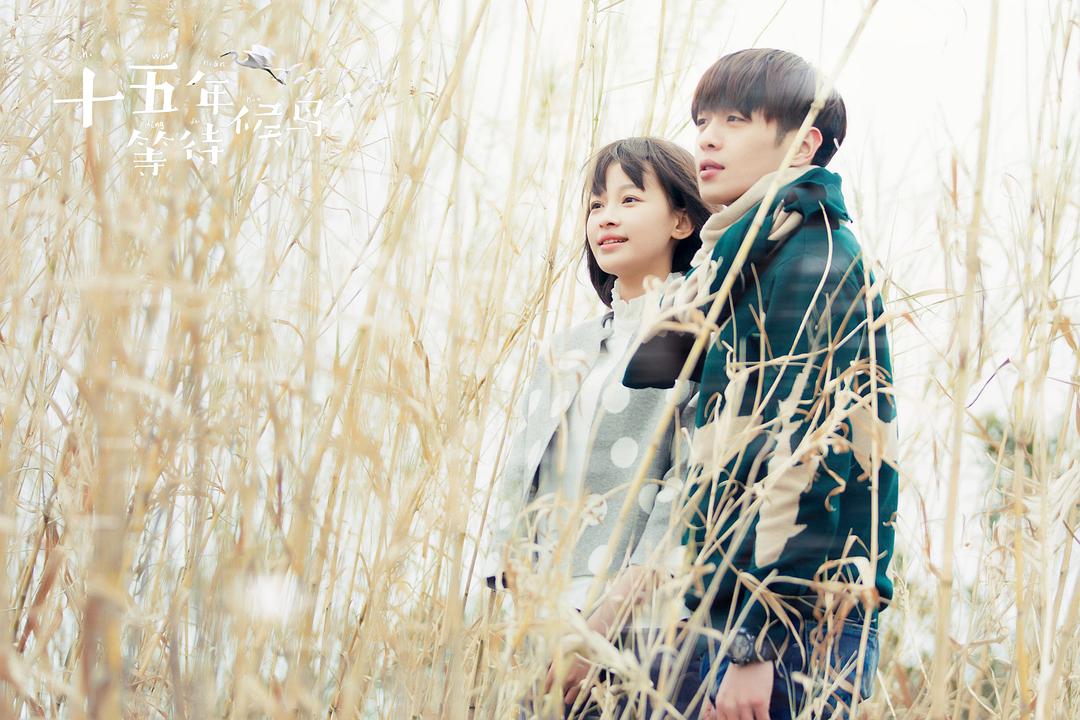 The ending of “Fifteen Years of Waiting for Migratory Birds” sparked a lot of controversy among viewers because it leaves room for interpretation. This is why I want to tell you, if you read or heard that the ending is supposedly unpleasant, do not hesitate to watch the show for this reason. I, for my part, see the finale as a positive one and believe the answer on how to interpret it lies in the title of the drama: The waiting is limited to 15 years because the ‘migratory bird’ returns after this period is over.

That said, despite all the hardships we see Pei Shang Xuan and Li Li go through, “Fifteen Years of Waiting for Migratory Birds” is not a melodrama that will make you cry your eyes out and leave you feeling bitter. The story might seem typical at first, but it evolves into something much more realistic and meaningful. It’s a realistic yet positive story about everlasting hope that nourishes from memories filled with precious moments of bliss.

Currently watching: “The Brightest Star in the Sky,” “Love in Sadness,” “Welcome to Waikiki 2,” “Beautiful World,” “Special Labor Inspector, Mr. Jo”
All-time favorite dramas: “Ode to Joy,” “Back in Time,” “Children of Nobody,” “My Ahjussi,” “Welcome to Waikiki”
Looking forward to: “From Survivor to Healer,” “Detective L,” “Hope All Is Well With Us,” “A Journey to Meet Love”