On March 26, the group shared which fan-submitted name the members had chosen for their fan club.

The winner is “VERRER” (베러)! The name was shared with the descriptions “If VERIVERY and their fans are together, we can be better” and “People who love VERIVERY.” The members explained in a V Live broadcast that “VERRER” is pronounced in a similar way to “better.” 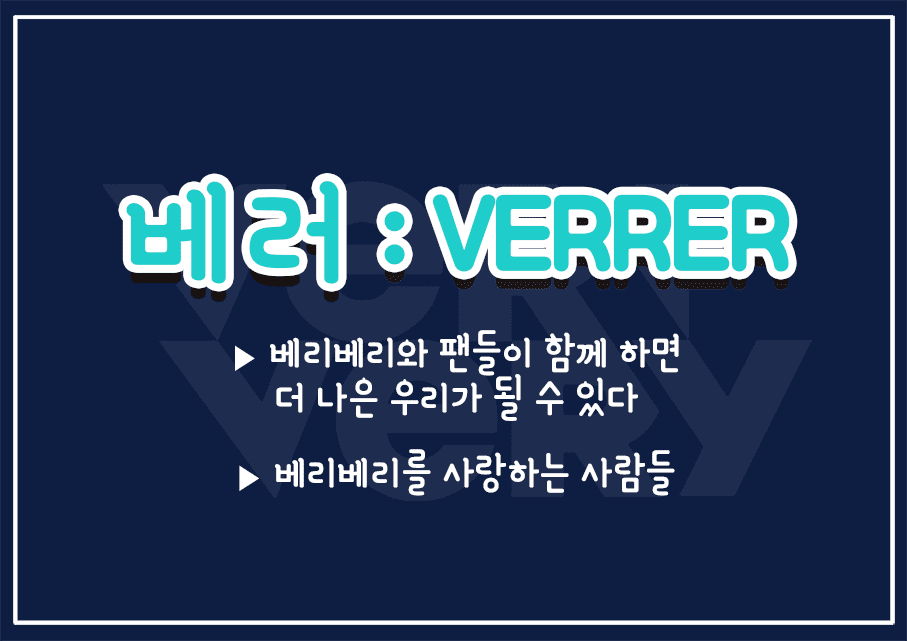 VERIVERY made their debut in January under Jellyfish Entertainment with “Ring Ring Ring.”