B1A4’s Baro will be leading a new web drama!

On March 26, it was reported that Baro will be starring in KBS Media’s web drama “Two Hearts.”

This is the singer-actor’s first project after his appearance in MBC’s “Less Than Evil,” which ended in January 2019.

“Two Hearts” is a drama centered around soccer and tells the passionate story of youth who grow through their mistakes and failures. Baro will appear as a soccer genius named Cha Sun Woo who earned the nickname “Little Messi” when he was young. He’s an altruistic character with a bright, cheerful personality who thinks of others before himself, but changes while becoming conflicted between his friendship with his longtime friend Young Jae (played by Kim Wook) and his first love Yoo Sun Woo (played by Park Yoo Na). He has a difficult time due to a series of misfortunes, but overcomes this process and become stronger.

Baro, who appeared in “Less Than Evil” as the foolish, youngest police officer, reportedly shows off his amazing soccer skills in the drama. He will portray the brightest moments of youth in their 20s and relate to viewers through his acting.

“Two Hearts” will premiere on March 30 and air on Tuesdays and Saturdays at 5 p.m. KST via online channels such as KBS World’s YouTube channel and Naver TV. 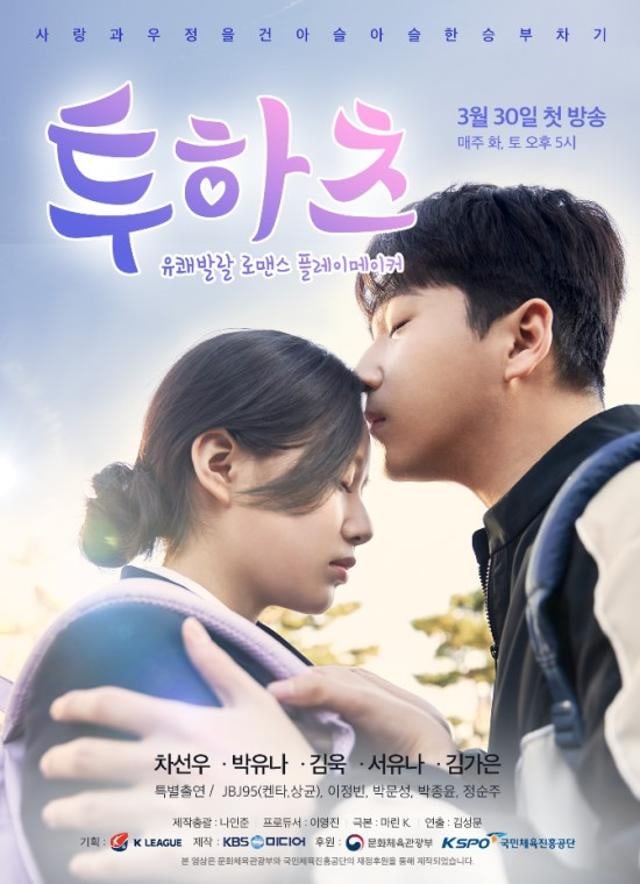 In the meantime, start watching Baro in “Less Than Evil” now!

B1A4
Baro
How does this article make you feel?