Im Siwan Discharged From Army, Thanks Fans And Asks Them To Look Forward To His Upcoming Drama

Im Siwan is officially back from the military!

On the morning of March 27, Im Siwan was discharged from the new recruit training battalion in Yangju where he served as an assistant instructor.

The singer-actor met with fans and press at a location near but removed from the base so as not to disturb any ongoing training. He said, “I can’t believe I’m out. When I go home today to sleep in my bed and I don’t wake up to the sound of a horn tomorrow, I’ll finally feel like I’m done.”

Im Siwan thanked his fans, saying, “[My time in the military] could be seen as either long or short. For everyone who waited for me, I feel I need to live with even more gratitude.” He went on to greet his fans and take photos with them.

Also thanking his friend and senior colleague Sol Kyung Gu, Im Siwan said, “He contacted me often, and we met several times while I was out on break. We talked about movies, and he asked me how I was doing in the military.” He added that Sol Kyung Gu promised to feed him some home-cooked food, and that while he wants to go right away, he has to wait because the actor is currently filming.

Im Siwan, who wrapped up filming MBC’s “The King Loves” before he enlisted, thanked the team from the drama, as well, as they took time to visit him together. 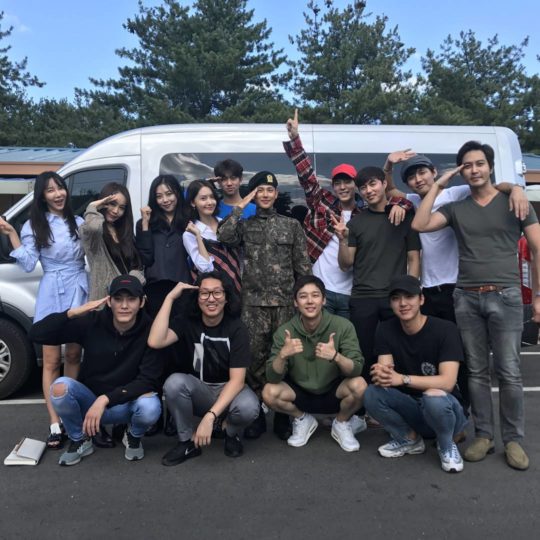 Talking a little about his comeback project, which is an OCN drama adaptation of a webtoon called “Strangers From Hell” that he had confirmed for earlier this year, Im Siwan said, “My soldier friends told me that I fit the part well and recommended it to me first. It was amazing when I was offered the part. Please look forward to it.”

The drama is a thriller about a group of people who live together. When Yoon Jong Woo (played by Im Siwan) moves in, he notices strange things happening. “Strangers From Hell” is slated to air sometime in the second half of this year.

Im Siwan
XPN
How does this article make you feel?