MONSTA X’s Shownu will reveal his workout tips on “My Little Television 2”!

In newly released stills, Shownu sports workout clothes that show off his muscular body and teaches viewers online how to exercise at “Shownu’s Gym” with a firefighter and a nurse.

Shownu’s episode will convert many people into fans with his innocent charms, kind smile, and adorable way of speaking. During his live broadcast on March 15, a viewer commented, “Your existence itself is beautiful,” and he replied, “You’re beautiful too,” with a smile.

Showing his handsome looks and cute eye smile, Shownu introduced ways to work out at home without using the equipment. He became so engrossed with working out that he didn’t speak, and a viewer wrote, “Shownu, please communicate with us.” 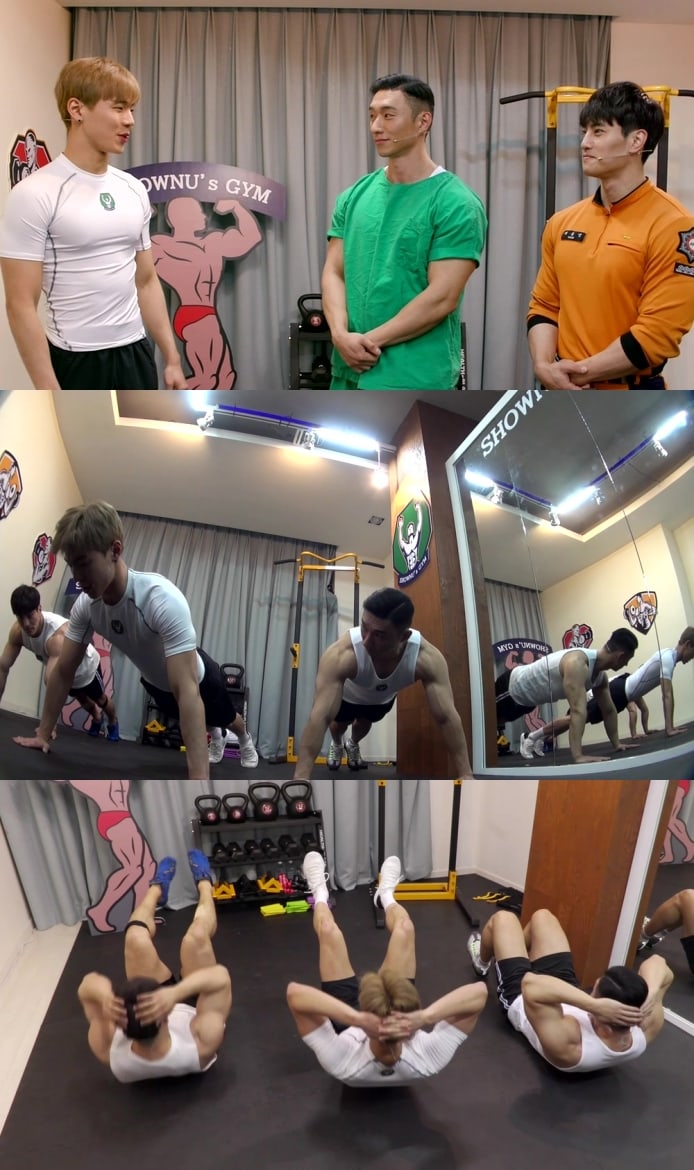 Unlike its first season, “My Little Television 2” will be using Twitch for its live broadcasts with a new rule where cast members can’t leave if they don’t meet the charity fundraising goal.