BTS has revealed the main poster for their upcoming “Muster” event! 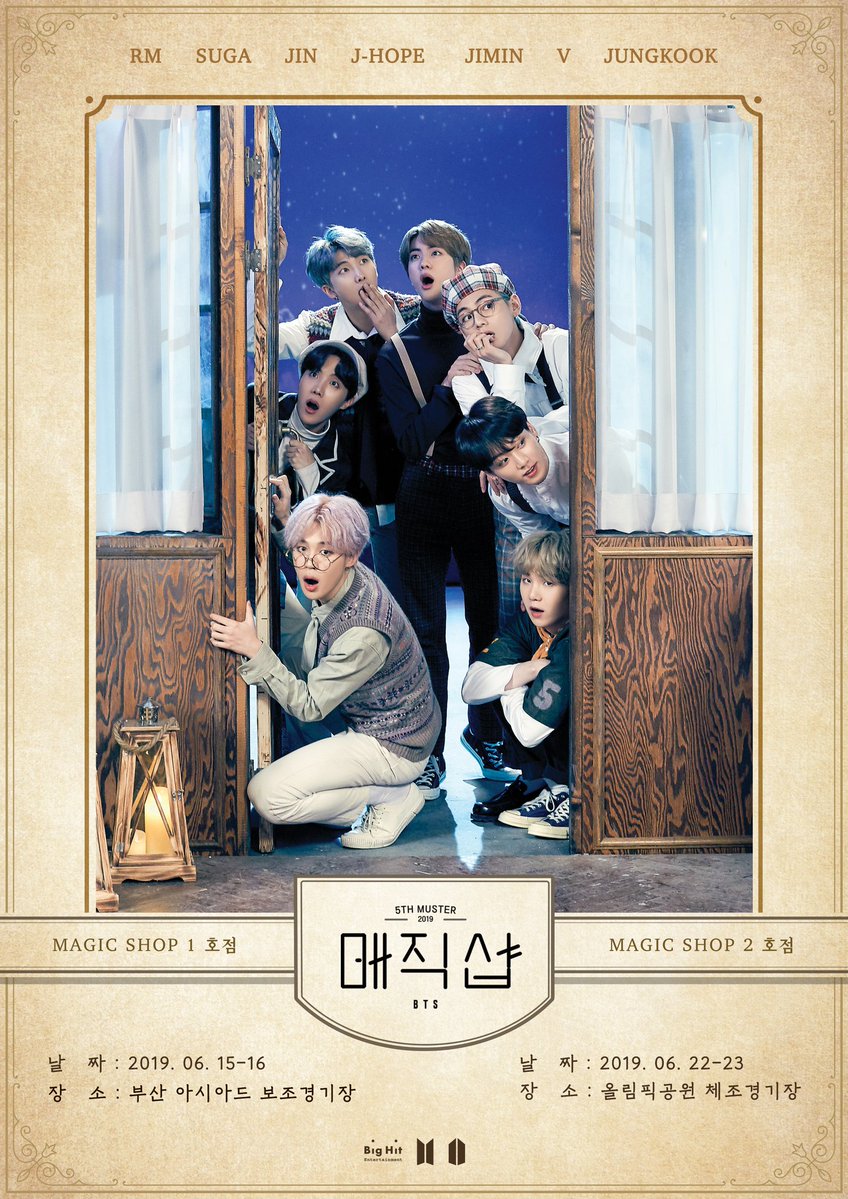 BTS has announced more details about their upcoming “Muster” event!

The group shared a new poster at noon KST that revealed the event will take place across four days in two cities. First, BTS will meet with fans in Busan at the Busan Asiad Auxiliary Stadium on June 15 and 16, and then they will see fans in Seoul at the Olympic Gymnastics Arena on June 22 and 23.

Check out the beautifully illustrated poster below! 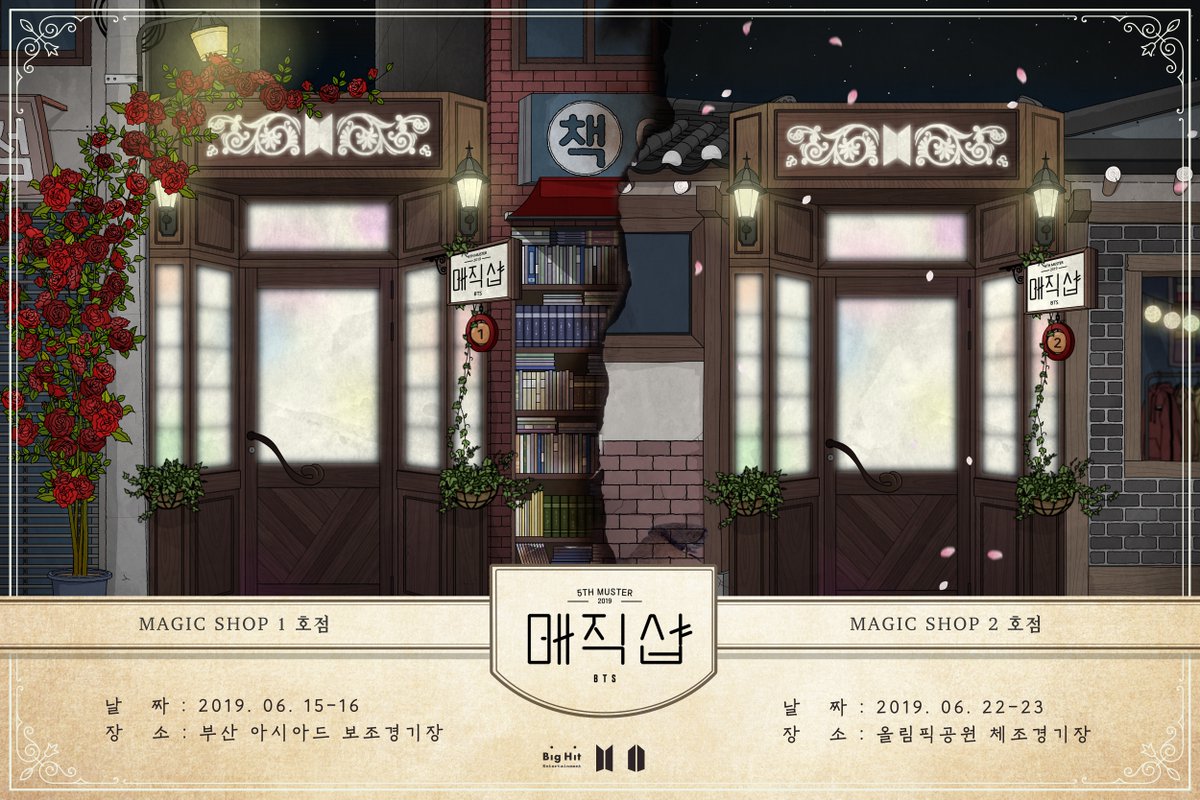 BTS is getting ready for their next “Muster” event!

BTS calls their fan meetings “musters” (meaning an assembly of troops) since their fans are known as ARMY. Their last Muster took place in January 2018 at Gocheok Sky Dome.

On March 29 at midnight KST, BTS revealed teasers for their upcoming event through Instagram. The theme of the teasers is “Magic Shop,” the name of one of BTS’s fan songs, and the event will be held sometime this year.

BTS is currently gearing up for their return with “Map of the Soul: Persona,” which is due out on April 12. The group has so far previewed their new release with the comeback trailer “Persona.”