A representative of SS501’s Kim Hyung Jun has responded following SBS’s news report about an idol being sued for sexual assault.

They stated in a phone call to the news outlet SpoTV News, “The accusations made by the plaintiff are false.”

They went on to say, “In 2010, Kim Hyung Jun had drinks together with an acquaintance and the plaintiff. They went to her home at her suggestion and had consensual relations.” They emphasized that this happened nine years ago and that her accusations are false.

“She is taking advantage of the fact that he is a celebrity,” they stated and said they plan to respond based on charges of false accusations and defamation. As previously said to SBS, they said that he will sincerely take part in investigations after he returns from overseas.

On the March 29 broadcast of SBS’s “8 O’Clock News,” it was revealed that a famous idol group member was sued for sexual assault.

During the show, SBS reported that on March 25, an official complaint was filed to the police stating that member A of a famous idol group had sexually assaulted a victim in May of 2010.

The female victim, B, met A at her former workplace, a bar, and kept in contact with him. She stated that A had sexually assaulted her in her home in Ilsan after he came home drunk. She revealed, “He said he would help me fall asleep. So I just lay down like that, but in an instant…” Although she rejected his advances twice, she could not stop him.

B continued, “He said it would be okay. He then grabbed my arm. I felt so humiliated. He had absolutely no respect for me as a human whatsoever.” B later contacted A, but she was unable to receive an apology, and A merely told her, “Let’s go back to how we were before.”

B, who belatedly filed an official complaint against A, explained that she had been receiving psychiatric treatment for trauma but decided to submit the complaint due to the recent revelation of sex crimes committed by celebrities. She was questioned by the police on March 27 as the plaintiff.

A’s agency revealed, “It was a consensual sexual relationship, and there was no coercion. A is currently performing overseas and will sincerely participate in police investigations upon his return to Korea.”

The police will soon call in the singer for questioning, and they are also considering a cross-examination with the plaintiff. 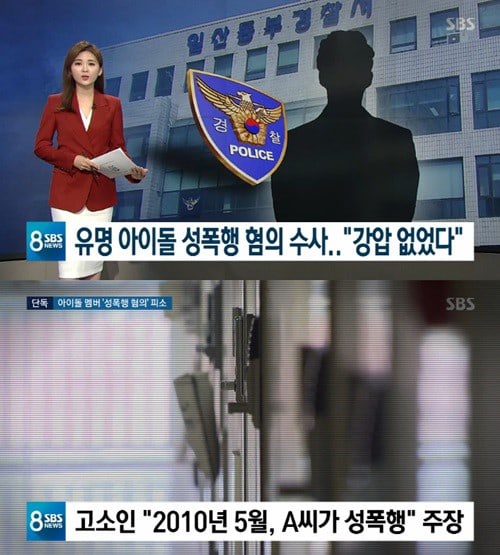 Kim Hyung Jun
SS501
How does this article make you feel?